$55,000 and Growing in Lunch Debt For Just Three NC Counties

Guilford County sits at over $27,000 in lunch debt for the 2017-18 school year, with Winston-Salem/Forsyth County and Rockingham counties carrying current balances of close to $14,000 each. 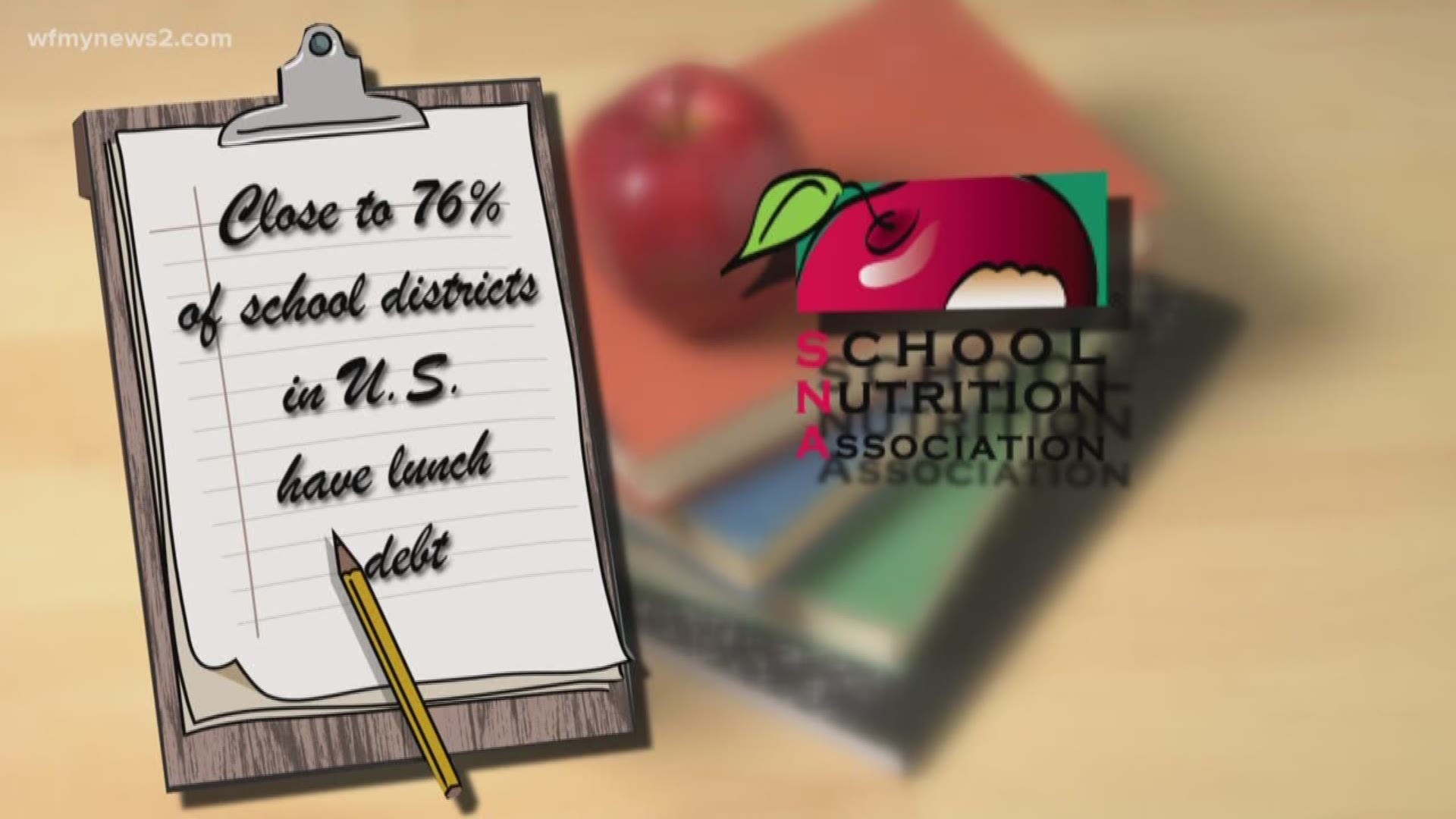 “I was a young mom once and had two young boys in elementary school and their dad and I lived paycheck to paycheck and there were sometimes where we could barely make ends meet,” Thompson-Riley explained. “There are so many families now that are not that fortunate and don't have support.”

In 2017, she raised money and paid off $4,000 worth of lunch debt at six schools in the Alamance-Burlington School System.

It’s something she’s done since 2014, to honor her father.

“It was the 20th anniversary of my dad’s passing and I decided to turn that anniversary into something positive,” Thompson-Riley began. “And I came up with Operation Wink. Wink was my childhood nickname.”

And, she’s done it with the support of the people living in the area.

“I was really surprised at the overwhelming response that I received. They really stepped up and we paid off all the negative lunch balances and put them back in the positive about $100.”

To help Kristen with her 2018 goal

What the Mebane native is talking about is a national problem; school lunch debts. The School Nutrition Association reports 71 to 76 percent of school districts in the country had unpaid student-meal debt at the end of the 2012-13 school year. Some large districts racked up close to $4.7 million in one jurisdiction.

Locally, in North Carolina, multiple districts have tens of thousands of dollars in unpaid lunch debt. Guilford County sits at over $27,000 for the 2017-18 school year, with Winston-Salem/Forsyth County and Rockingham counties carrying current balances of close to $14,000 each.

In Alamance County, where Thompson-Riley lives, the Mebane area schools have a collective lunch debt of $6,200.

Thompson-Riley said, “There has to be a better way to help these schools from getting into so much debt.”

The reasons for lunch debt range, according to local school districts, from kids forgetting lunch money to parents failing to fill out free and reduced lunch forms. Some districts even reported a few parents simply refuse to pay for their child’s lunch. But, the biggest and perhaps most heart-breaking reason for large school lunch debts, is families simply don’t have the money to pay for their child’s lunch every day.

According to the National School Lunch Program, low-income families must be at 130 to 185 percent of the poverty level. Unfortunately, there are many families who make just barely over the limit and can't qualify for free and reduced lunch.

At the end of the school year, some North Carolina school districts reported the burden of paying off the debt falls on the school. If there’s no money left in the general funds or budgets, it’s often up to staff to try and raise money to pay off debts, if trying to collect money from parents fails.

Thompson-Riley cannot tackle the nation’s lunch debt on her own, but she does what she can in her own backyard. For 2018, she aims to pay off debts at seven schools and she’s encouraging people to collect and help pay off debts in their own community.

“There has to be a better way to help these schools from getting into so much debt. (I hope) it will spark something within themselves to help their school, their community, their county, their state. Get really excited about it and build that overwhelming sense of hope and love and that’s what matters.”

School districts would also like to note; a family can apply for free and reduced lunch at any point during the school year. To fill out a form, contact your local school.

NOTE: Some school districts denied our request for a record of their school lunch debt.