It's been a heart-wrenching day for people who knew a 7-year-old Guilford County boy who died. 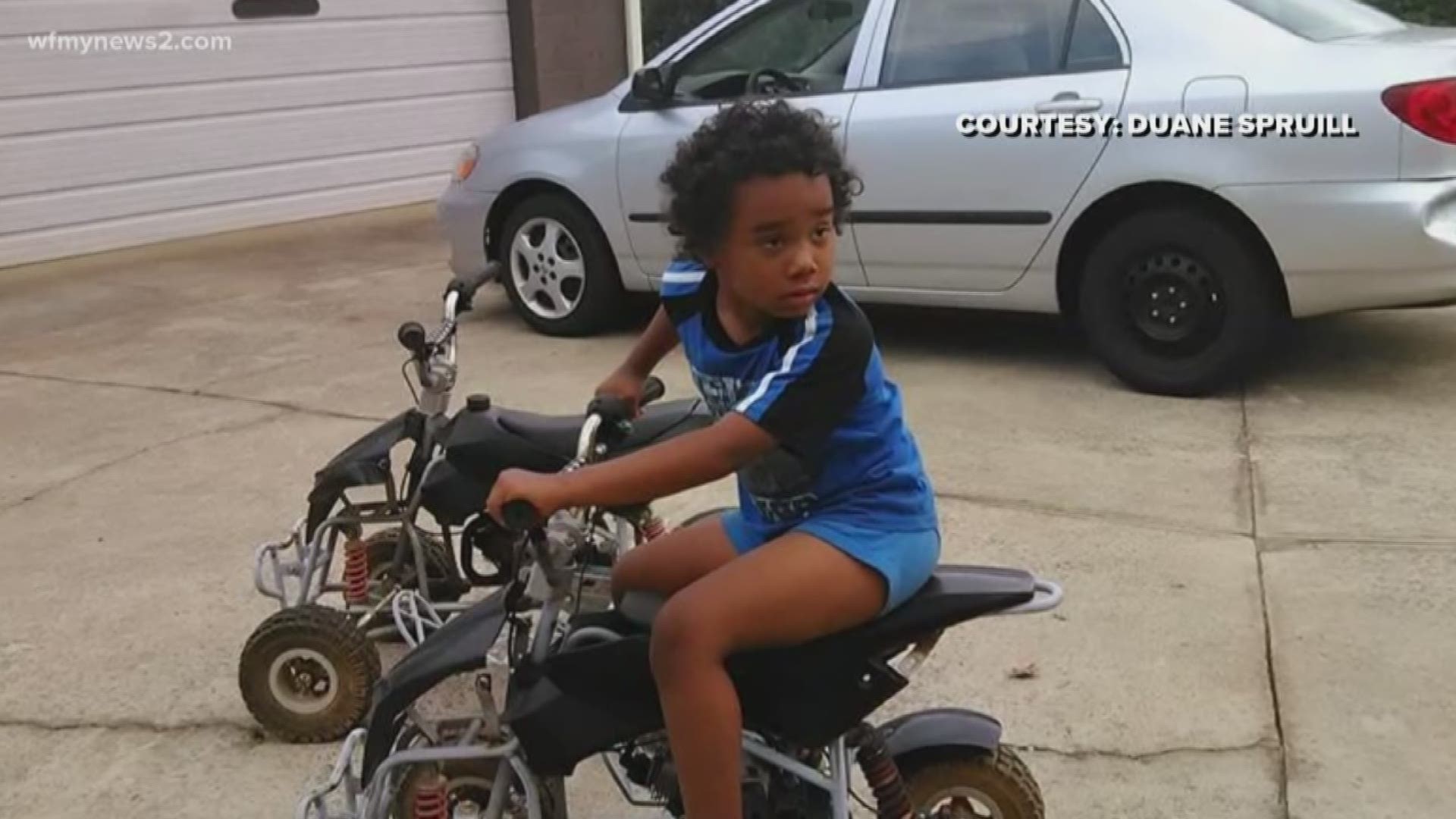 GUILFORD COUNTY, N.C. — It's been a heart-wrenching day for people who knew a 7-year-old Guilford County boy who was found dead.

Logan Spruill had autism. On Wednesday, his body was found in Thompson Lake near his grandparents home, where he lived after he was reported missing.

Logan went to Colfax Elementary. The principal there tells us he was nonverbal but spoke his first sentence this week.

RELATED: 7-Year-Old Boy With Autism Died After Being Found In a Lake During a Search For Him in Guilford Co.

His father tells us, he was sweet and loving. Logan also loved to play outdoors. His father said they're devastated by what happened.

1 / 5
Duane Spruill
Logan Spruill, a Guilford County 7-year-old, died after he was found in water during a search for him on Wednesday evening. Logan had autism and was non-verbal. The community is remembering him as a happy, sweet boy, who was always smiling, and made great strides in overcoming his special needs.

Logan's principal at Colfax Elementary told WFMY News 2 he had been known to slip away from his house every now and then, but nobody ever imagined anything like this would happen.

Autism experts said it's not uncommon for young kids with disabilities, especially autism, to wander away. Graham Police in Alamance County had a couple similar cases last year.

Lt. Tony Velez said on three different occasions, his officers went looking for a 7-year-old with autism who wandered away from home, even calling in other agencies, and a helicopter for assistance. He said to any parent whose child wanders off needs to call law enforcement.

"Understand that you're not bothering us and that is the main obstacle we deal with in this particular situation." He said many people think, "Oh, he must be just over here, we don't want to bother the police yet."

Lt. Velez said he wants you to call. "Go ahead and call us. It's no big deal if we're out there for five minutes and you find him or we get there and you didn't need us. We'd rather you call us and not need us than need us, and us not be there."

Lt. Velez said in his experience when kids disappear, it's been hours before someone calls the police for help.