Arlis Farlow was just about done getting her property set to rent, when she says someone threw a ball of fire through a window, ruining her source of income. 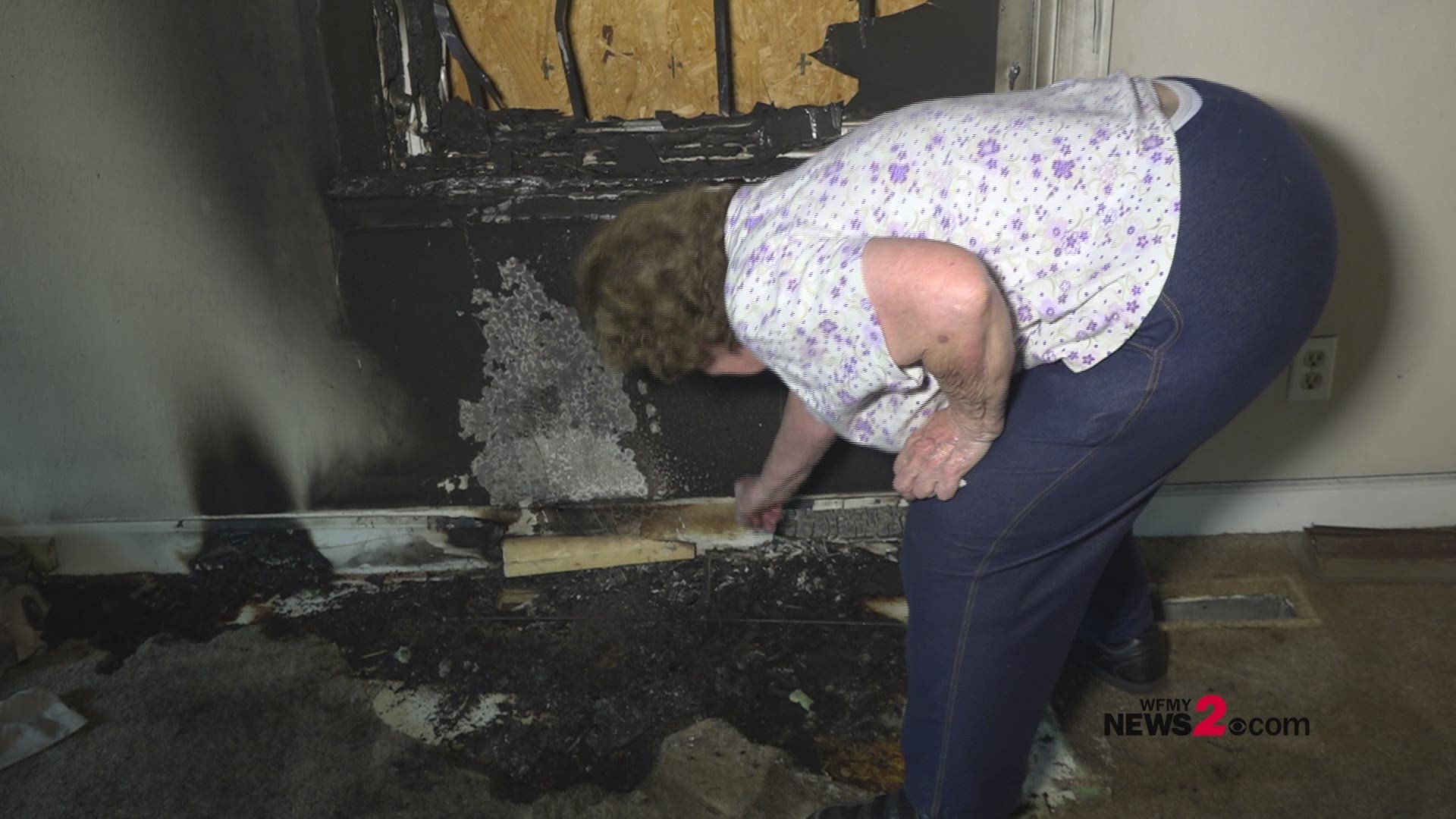 GUILFORD COUNTY, N.C. — "They threw something in here I can say it was a firebomb," Arlis Farlow said, "Because it come through that window and it charred the whole window."

She just got through putting the finishing touches on the property next to where she lives in Southern Guilford County. It was then that the house she was getting ready to rent out was ruined.

"I just went to crying and I couldn't stop crying. I guess I've been crying ever since," she said.

A report from Guilford County Sheriff's Office says the fire investigator ruled it as arson.

Farlow says her insurance company, who she did not want to name, is refusing to pay for the damage.

A Sunday school teacher at Eastern Gate Assembly of God, and active member of her church, Farlow had a support system.

"Shes a member of our church. She came to us very distraught. When I heard about this I went over to the house with her to see what was going on," said Pastor Mark Riggins, from Eastern Gate Assembly of God.

Farlow was overtaken with emotion at the act of kindness on behalf of her church.

"I felt humble that he would even think about doing that for me," said Farlow, "I needed help so bad they asked me if I would mind. I said, well anytime they've taken out an offering for anybody, no matter who they were, I'd always give them something. And I said so I'll just have to look at it like its my turn to receive this time."

The Guilford County Sheriff's Office says the investigation is ongoing and they couldn't comment further.

'Nobody Will Eat Lunch With Me.' Freshman Gets Lunch Buddies After His Big Sister's Tweet Goes Viral