Laverne Lefler was eating her breakfast, when she began to choke. No one else was home at the time. 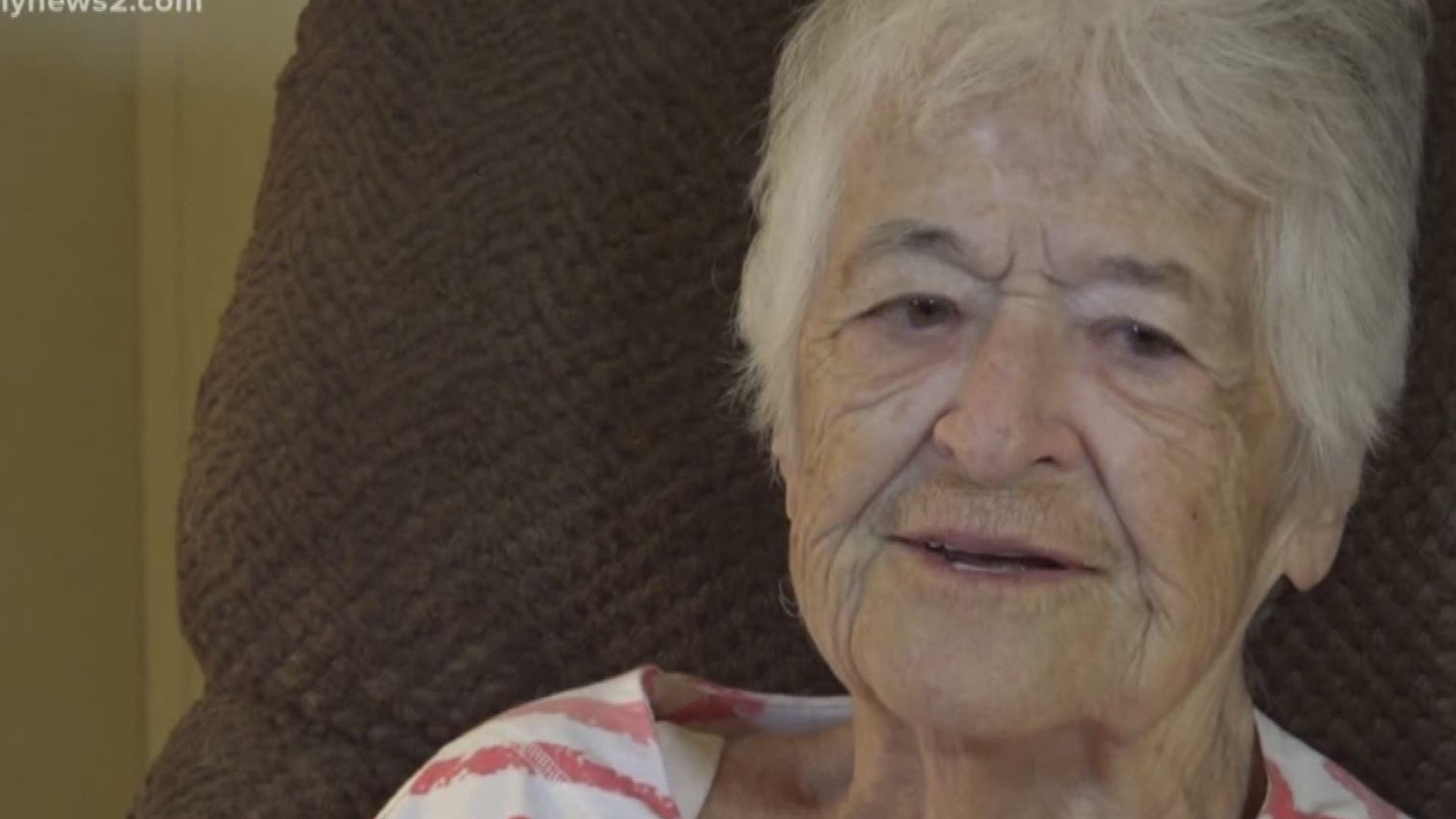 REIDSVILLE, N.C. — Your relationship with the person who takes your garbage is likely pretty simple. You might say hello if your paths cross - otherwise, you probably miss their weekly drive-bys.

But, one Triad woman credits her garbage collector for saving her life.

"It was such a relief for me because I thought I was gone. I really did," said 90-year-old Laverne Lefler.

Almost a week later, she's in good spirits. She even keeps that sense of humor while recalling the moment she could have died.

"Sometimes I say I want to go," she joked, "But I said I still want to live a little longer."

Last Thursday, Lefler was at home alone eating breakfast, when she began to choke on her cereal.

"I couldn't get my breath," she said, "I was in the bathroom and the dogs started barking, so I thought well, maybe somebody was out there that could help me."

She says she stumbled outside, waving her arms, and saw the garbage man.

"I waved to him and he jumped out of the truck," Lefler said, "He was very calm with me, and I told him, smack me on my back. He did, and it came up. He said, are you okay? I said I think I'll be okay now."

Lefler's daughter-in-law, Lisa, says he might not have been there at all, had she not asked for someone from Waste Management to pick up the trash from beside the house.

"What really, really makes the day, is that he was not the original driver," she said, "He was sent here from heaven."

Maybe, they say, sent by someone already up there. Someone, like Laverne's husband, who passed away last Christmas.

"I do believe in God. And I believe that my honey came down, or sent somebody to help me," Lefler said, "I really believe in that."

The Leflers hope to meet the man that saved Laverne's life. They reached out to the company he works for and wrote letters to him, thanking him - but Laverne and Lisa want to say 'thank you' in person.

RELATED: 'I was Already Happy Because it was My Last Round of Chemo.' Cancer Survivor Wins $200K in NC Lottery

RELATED: Police Officer Reading Bedtime Story With Siren Sounds And All Will Steal Your Heart!