"Anything big enough to eat me gets my attention," said one witness of the huge alligator. 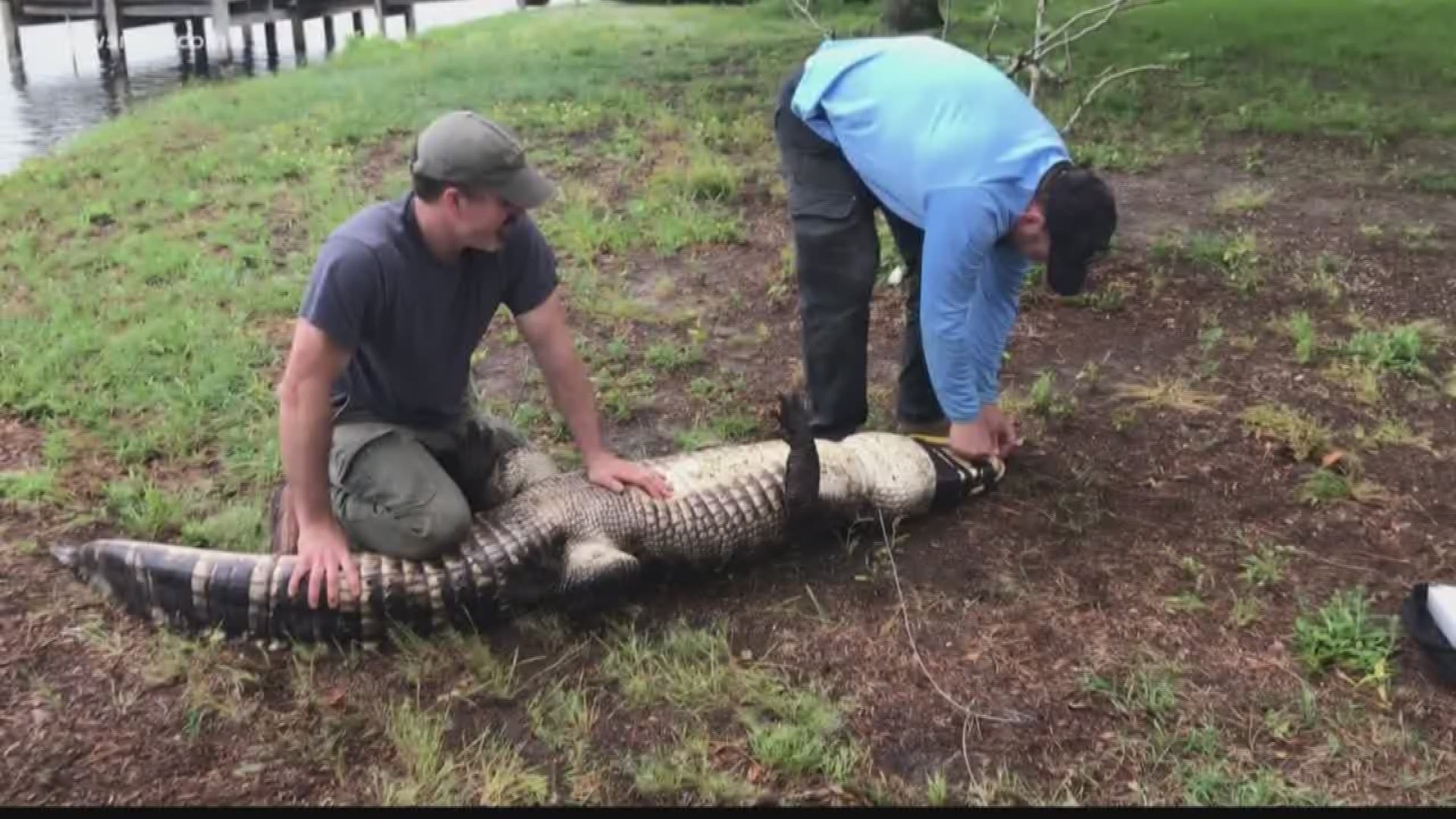 Kitty Hawk — KITTY HAWK, NC (WVEC) - Kitty Hawk residents were told to keep an extra close eye on their children and pets Monday morning. An alligator was spotted swimming in a canal running through a neighborhood.

"It was a big gator, it wasn't a baby, I wouldn't want to go swimming with him," said witness Alex Argiroff.

Argiroff said the Outer Banks felt more like the Everglades.

"Anything big enough to eat me gets my attention," said Argiroff.

A nine-and-a-half-foot alligator was spotted lurking in the canal right behind the Argiroff's home on Pineway Drive.

"I came out and the alligator was out over by the No Wake sign, you could just see his head, he went up quite a bit and then went down," said Kathleen Argiroff.

"I was at work and someone called me and said, ‘get your cat and dog in, three is an alligator spotted on your street,’” said Pat Piland.

Luckily, the two-man Coastal North Carolina Alligator Research Team was a few miles away at Duck Donuts. They were on the scene and pulled the gator to shore with a large fishing rod within minutes.

"They were saying it's the first record they have of an alligator over here on the island side of the Outer Banks,” said Alex Argiroff.

Witnesses said once on land the reptile remained surprisingly calm while the experts measured and tagged him.

"I seriously doubt whether he'll ever get handled like that again," said Allen Chambers.

Chambers watched as the researchers tapped down the animal's mouth, filled out paperwork, took some photos, then released him back into the canal.

"Man that sucker took off like a shot, and that’s the last I saw of him," said Chambers.

By law, the research team is required to release the gator in the same area it was caught. WVEC messaged and called the researchers for comment, but they did not get back to us.

Some residents said this alligator encounter will make them think twice before they get into the canal this summer.

“I have kids who come home all the time, they swim in the canal a lot, so it is concerning that there was an alligator here because no one is going to want to swim in the canal," said Kathleen Argiroff.

Residents are hoping this is an isolated incident, not a trend.

"It makes me want to look out in the water all the time,” said Piland. "I hate to think I'm having dinner with an alligator but he might be up on my dock when I get back up who knows.”