A Christmas Grinch has been found according to the Guilford County Sheriff's Office, along with some packages he stole from porches. 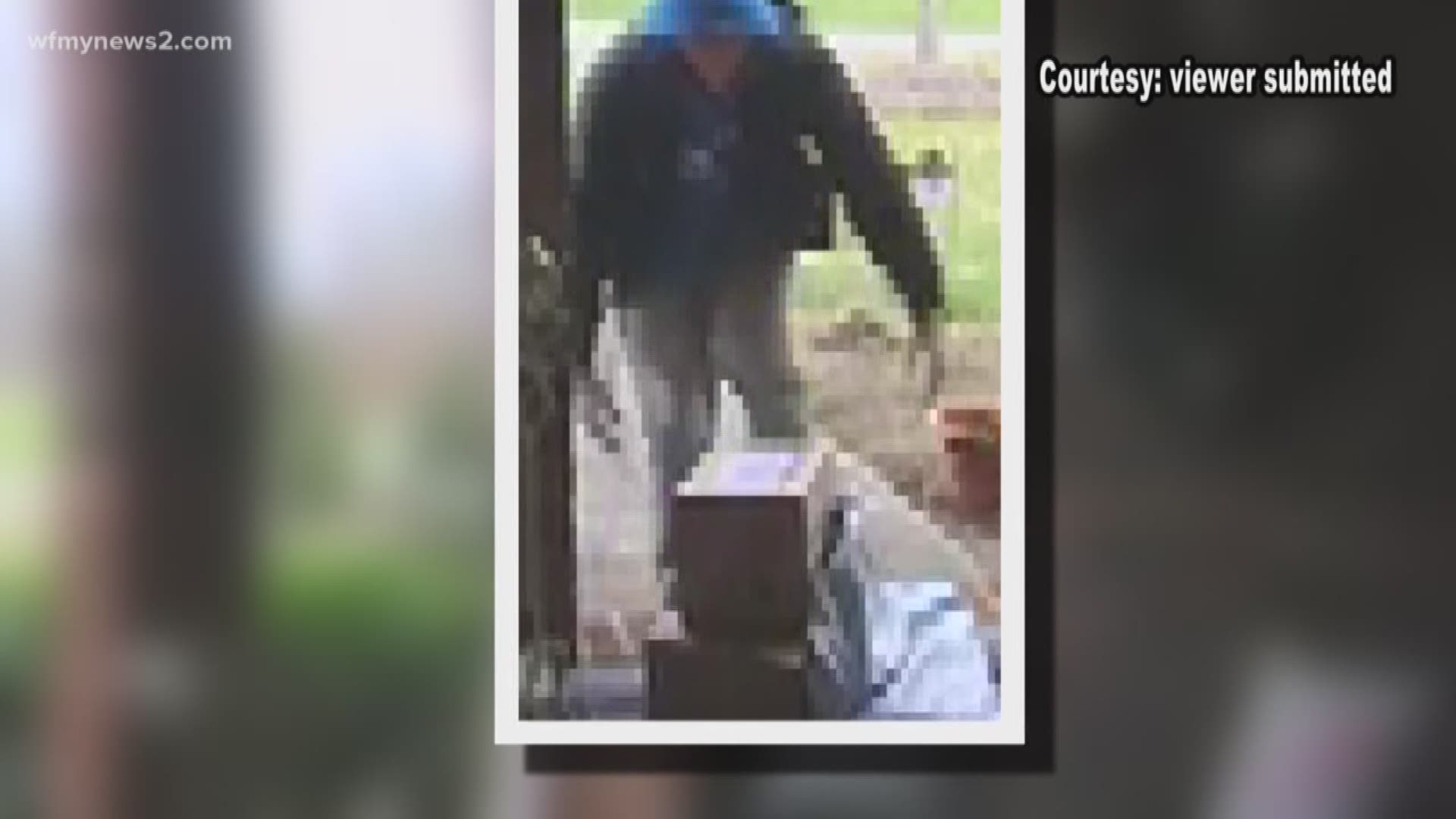 GUILFORD COUNTY, N.C. — The Guilford County Sheriff's Office has restored some of the Christmas cheer that was stolen from families in the Oak Ridge and Summerfield areas.

Deputies say a suspected porch pirate had been stealing delivered packages in those neighborhoods for the past couple of weeks.

On Monday, the Sheriff's Office says detectives identified the suspect and went to his home. WFMY News 2 is working to obtain the identity of the suspect.

Detectives say they recovered several packages, but much of the recovered property was no longer in the original mailing package.

So, if you believe you were a victim of this crime spree, call Detective Lee with the Guilford County Sheriff's Office at the District One Substation at 336-641-2300.

Proof of purchase will be requested if you're trying to reclaim your package.