Was that Air Force One? The little-known relationship between PTI Airport and presidential aircraft 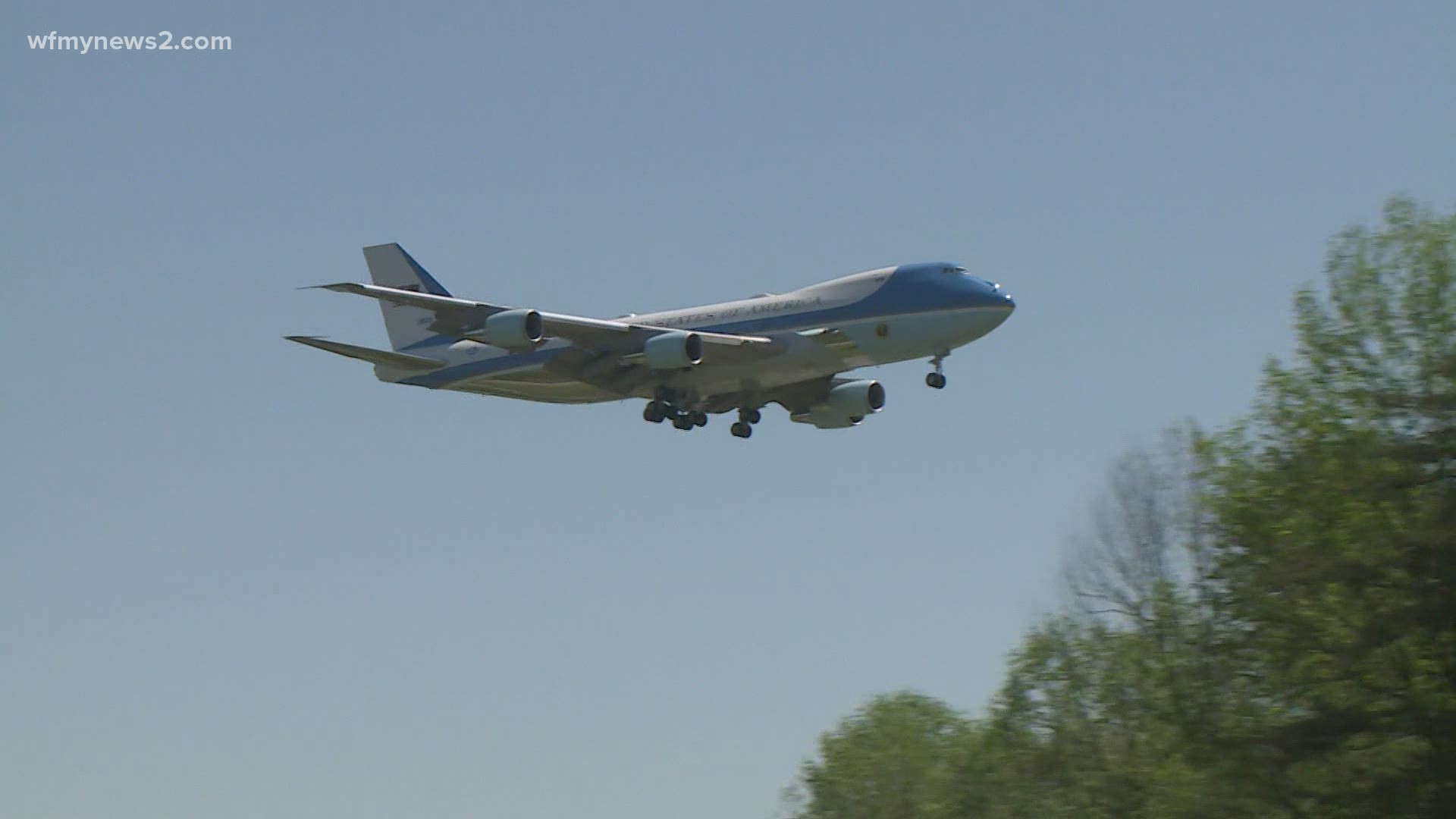 GREENSBORO, N.C. — It's enough to make anyone stop in their tracks.

A massive Boeing 747 with the United States of America painted on the side, circling low over Greensboro.

"We come every time that we see it circling around our house," said Samantha Hopkins, who comes to the airport whenever she sees it.

"It's always neat to see,” said James Piedad, who also comes to the airport when the plane is circling. “It's a beautiful symbol."

The airplane known as Air Force One when the president is onboard is no stranger to the Triad.

"Sometimes we see them once or twice a week,” said Kevin Baker, Executive Director of Piedmont Triad Airport Authority. “Sometimes it's more like once every two or three weeks."

"We've got longer runways here and air space that's not as congested as you would have around, say, a hub airport like a Charlotte," Baker said.

The technique involves landing on the runway for a handful of seconds, then taking off again. Pilots can repeat the procedure ten, even 20 times. They're required to log lots of training hours and their frequency above the Gate City attracts quite the attention.

"They're flying a different route than maybe a commercial airline might fly,” said Brian Johnson, an aviation professor at Guilford Technical Community College. “So, they're staying closed in on the local traffic pattern, so they're loud, they're close to the airport and they're flying in maybe a different position than they're used to seeing a Delta or United flight."

There are several aircraft from the federal government's fleet that use PTI for training.

They're meant to carry anyone from the president, on down.

"That would be probably the Vice President, that would probably be other cabinet staff, other high-ranking executives and Senators, Congressman," added Johnson.

Training at the Greensboro airport goes back decades when Army Air Corps pilots trained for World War II here. Military aircraft still practice at PTI today and they come from all over.

Touch-and-goes often amaze travelers at the airport, even the more experienced type.

"You also hear the other pilots who are out in their aircraft taxiing out, sometimes you'll hear them ask the tower 'Hey, is that Air Force One?,'” said Baker.

A sight for just about anybody who happens to see it.

"Seeing that plane and watching it go right over you, it is such an amazing thing,” said Hopkins as she watched the aircraft land again. “It doesn't get old, at all."

Which is a good thing, considering it'll likely be back very soon. 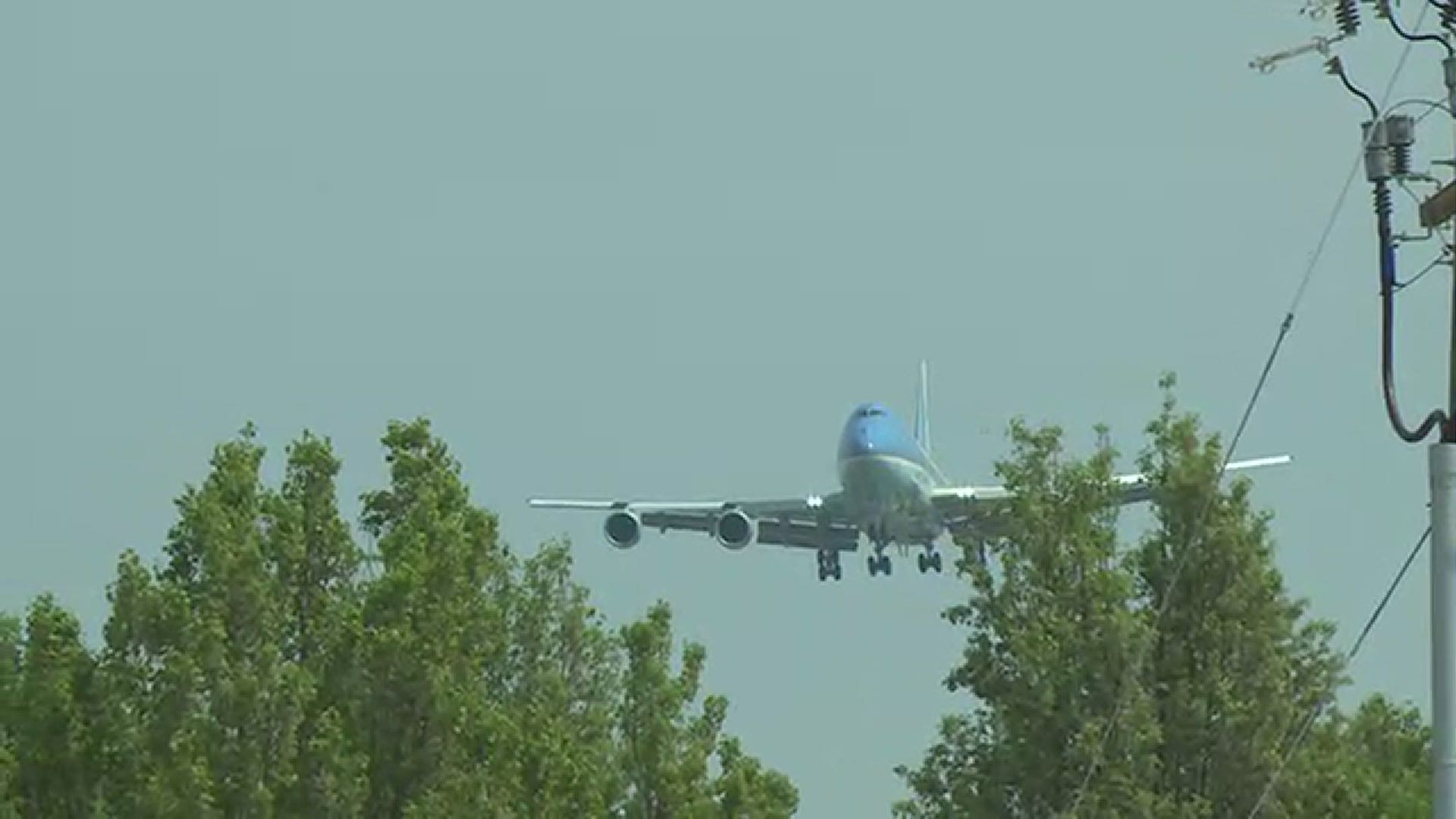