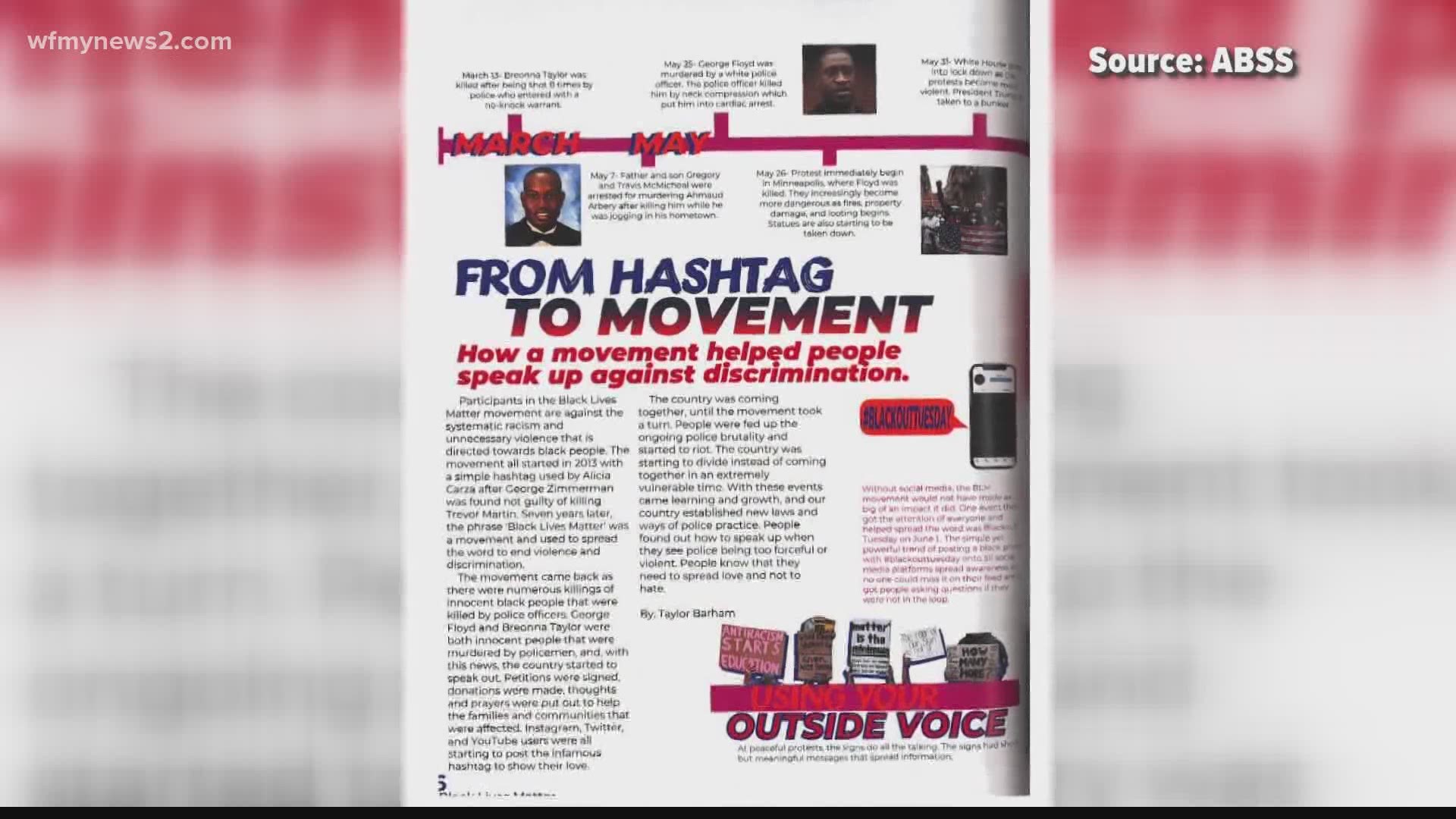 ALAMANCE COUNTY, N.C. — The Alamance-Burlington School meeting got heated Monday night following public comment about the Southern Alamance High yearbook. A group of parents stated their concerns with one of the yearbook pages.

It was a ‘year in review’ type page that was concerning for parents and was said to highlight political and racial issues in America.

A mother said she wasn't against the staff, but felt some pages were one-sided and anti-police.

Board Chair, Allison Gant said she spoke with Superintendent Dr. Bruce Benson about reviewing yearbook protocols. The meeting got heated as Board Member, Patsy Simpson disagreed saying the chair shouldn’t discuss the agenda items with the superintendent without consulting the board.

Some of the parents at the meeting also then interrupted board members adding comments as well in a heated manner.

WFMY News 2 reached out to the school board system for comment about the incident and more about the Southern Alamance High yearbook.

"ABSS welcomes public input and feedback on topics of importance and interest to community members. We are community schools. As part of a continuous improvement process, we listen carefully to the public’s voice and then we review our already-established thought processes, policies, practices, and procedures to see if our standards are sufficient or if changes or updates are needed," said Dr. Benson, ABSS Superintendant of Schools.

"Active listening is a key component of continuous improvement, as well as a critical element of good leadership. It is our district's expectation that differing viewpoints are considered in a respectful, thoughtful manner. That said, I am disappointed that we were unable to complete the work of the Board at our meeting last night," Benson said.

ABSS also stated what its yearbook process is;

"High school yearbooks are student-led publications. Yearbook staff students determine the themes, topics, and notable current events to include to capture memories of the year for their fellow classmates. It is a traditional yearbook feature to include top local, state and sometimes, national, events reported by students from their perspective as student journalists.

The process is guided by an adult advisor who ensures the student team follows established journalistic standards and meets the expectations for editing and review.

Each school has a review process before publication, including multiple student discussions and review sessions during the creative process, student yearbook editor reviews, and final approvals from the adult yearbook advisor(s).

In ABSS, our high schools and our district support and respect our students' abilities to report and reflect their perspectives as high school students within approved guidelines and with adult supervision.

The Southerner yearbook and its staff rank as perennial award winners in competition among other high schools and student-produced yearbooks from North Carolina and other states.

Board member Patsy Simpson also spoke to WFMY News 2 about her tense exchange with another board member and what caused her passionate outburst that followed.

"When he made that statement everybody in the audience started clapping, they were heckling me and calling me out of my name," said Patsy Simpson.

"It was an ambush and they knew and should have warned me. I was the only black person in that room last night and they know how I feel about Black Lives Matter and justice," Simpson said. 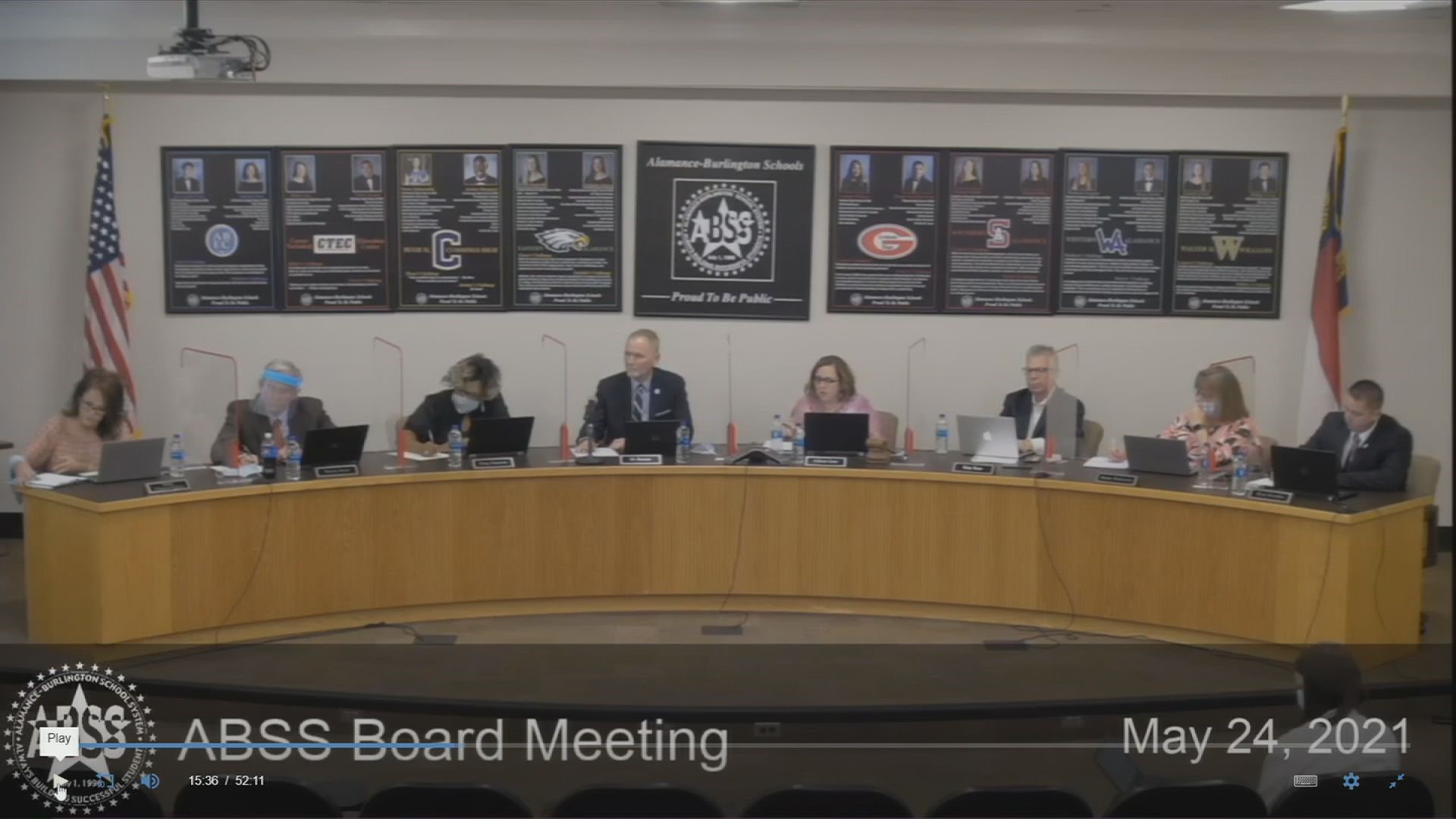