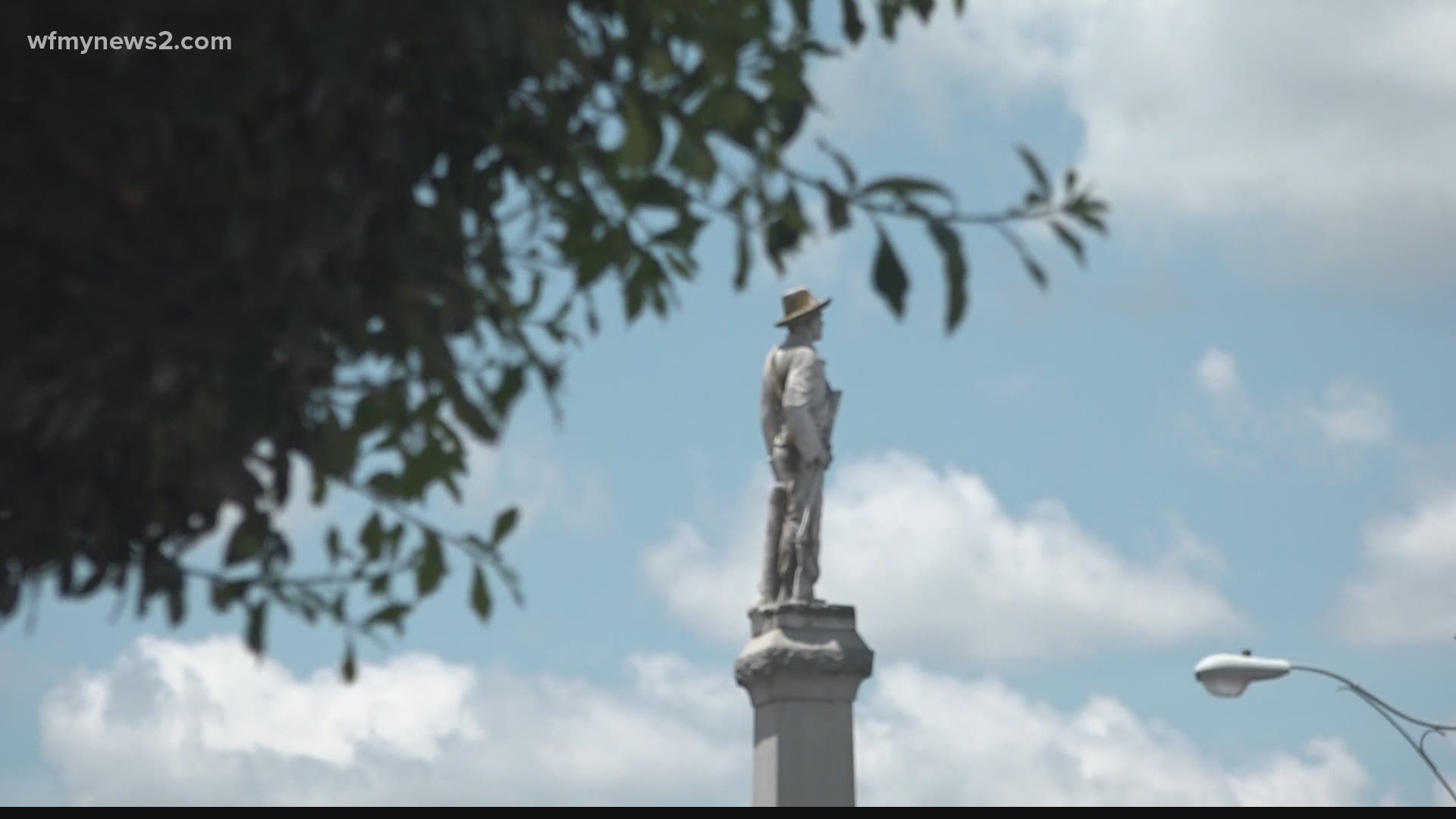 Mayor Baltutis and others called on the Alamance County Commissioners and the Graham City Council to relocate the statue in a respectful manner to a place where it can be given historical context.

"While this artifact undeniably is a part of our history, to many in our community, it represents an ideology incompatible with equality," Mayor Baltutis said.

"This monument has long been a source of conflict in our community and it stands as a symbol of racism for many," Book said. "We are recommending removal of this monument in a respectful manner to a more appropriate location that places it in proper historical context."

"The history of confederate monuments in the United States is complex," Baltutis said. "While many believe they exist to simply honor fallen soldiers, in actuality, they were erected at a time of fervent white supremacy."

"[The symbol] is a barrier to the inclusion we aspire to achieve," Mayor Baltutis continued.

Alamance County Commissioners' and Graham City leaders' names were absent from the list of those who signed the letter.

Commissioners said in a statement released Monday afternoon that they do not have the authority under state or federal law to move the statue.

Alamance County Commissioners said they feel the open letter could be politically motivated and came off as an ambush rather than an attempt to work together on the future of the monument.

"The drafting and announcement of this open letter is troubling," commissioners said in a statement, "Very few of the people who participated in this statement have contacted any one of the five commissioners in the past few months to discuss their concerns about the monument."

Commissioners said they do not doubt those who signed the letter were sincere and hope to reach a resolution on the statue.

RELATED: City of Graham issues curfew and state of emergency, to prevent confrontation between protesters and counter-protesters, officials say

The city initially went under curfew in an attempt to limit conflict between protesters and counter-protesters at the Alamance County Confederate Monument.

RELATED: 'We could no longer take a chance that human life would be sacrificed' | Salisbury confederate statue to relocate

RELATED: 'I got hit in the face': Two men arrested during protests at Graham Confederate statue

RELATED: City of Graham issues curfew and state of emergency, to prevent confrontation between protesters and counter-protesters, officials say