There have been more than 100 coronavirus cases at Alamance Health Care Center. Burnette Moore said her brother was one of them. 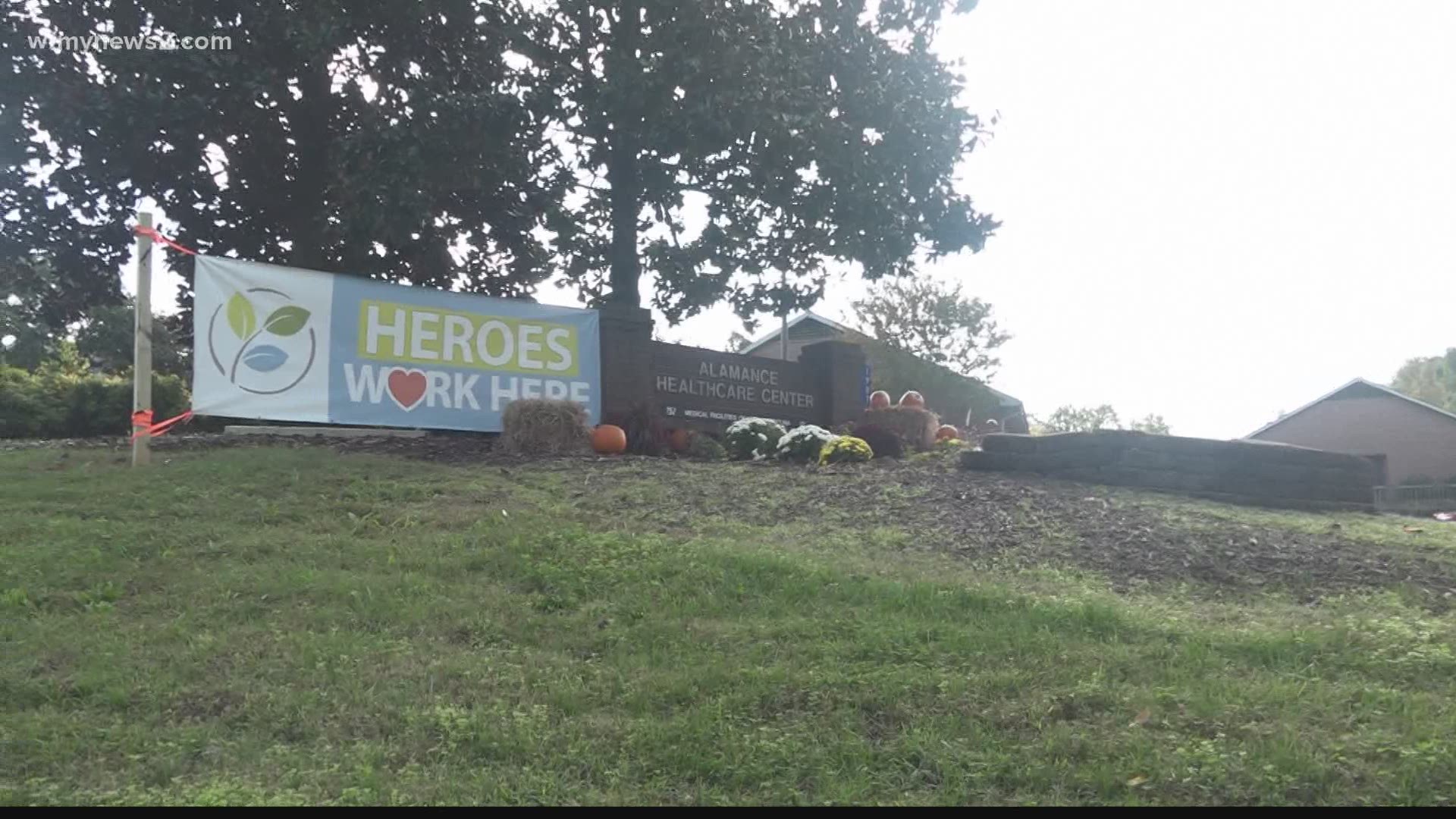 BURLINGTON, N.C. — Editor's Note: Alamance Health Care Center has since responded to our request for comment from when our story first aired on Tuesday. We have included their statement below. Our video with this story is from Tuesday but an update is provided below.

It's the largest coronavirus outbreak in the Triad and it continues to grow.

Loved ones said they're worried about people in the Alamance Health Care Center after new cases and another death at the facility.

The outbreak is also the second largest in the state. Burnette Moore said her brother, Louis Walker, is a resident at the center.

She said she got some good news Tuesday--her brother is out of quarantine two weeks after she said he tested positive for coronavirus. She still doesn't know when she'll get to see him again.

"We would visit at least once a week," Moore said,"Lewis used to call every day, two or three times a day. I mean he'd call so much I'd say 'oh my god, there he is'."

Moore said she last saw her brother in March. She hasn't talked to him on the phone in three weeks.

"My biggest concern now is him being 80 years old and he's not communicating like he used to," Moore said.

There have been more than 100 cases at the facility, most of them among residents. Seven people have died.

"We are currently treating 33 patients who have tested positive for the virus," Alamance Health Care Center administrator Johnathan Caudill said, "The vast majority of these patients have remained asymptomatic as we progress through the “recovery” phase of our outbreak."

Caudill said 74 patients and 45 staff members have recovered from the virus. He also said outbreaks in nursing facilities increase when community spread increases. Caudill believes Alamance County and the center follow that trend.

She's thankful he's asymptomatic but says quarantine delayed a leg amputation her brother needs. She said he's been having complications with a foot wound since the pandemic started and had a toe amputated just before his coronavirus diagnosis.

She said the isolation and medical problems seemed to be affecting him the last time she spoke to him.

"I asked him how he was doing, he didn't say nothing," Moore said, "I think that he was heavily sedated or whatever. Or he (was) depressed about his toe."

Moore said not being able to visit makes it harder to communicate with her brother's nurses too. She hopes the case count at the facility will go down soon but cases across the state continue to increase.

The Alamance County Health Department sent us a statement about the outbreak.

It said they are testing in the facility twice a week to help mitigate the outbreak as quickly as possible in conjunction with guidance from the state health department.