Since August, we've known a new Amazon facility might be coming to Guilford County. Amazon confirmed the news on Monday. 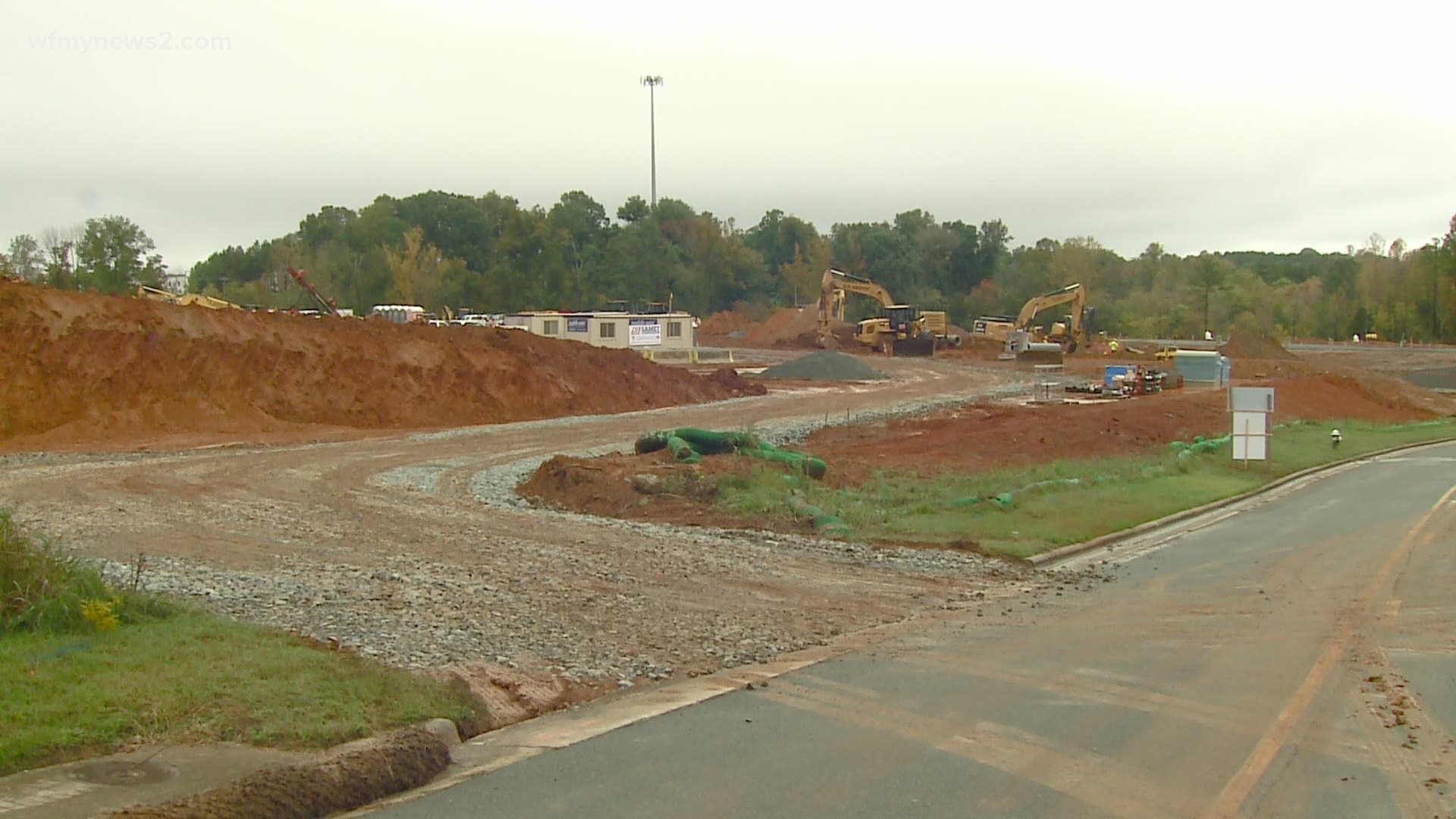 WHITSETT, N.C. — Amazon is opening a new delivery station in Whitsett in 2021, the company confirmed Monday.

Previous: Amazon delivery station may be coming to the Triad

Amazon officials say the new facility will bring hundreds of full-time jobs paying a minimum of $15 per hour.

"Those jobs will be a big part of this area and this community's recovery in the coming months and years," Greensboro Chamber of Commerce CEO Brent Christensen said.

Development began on a lot inside the Rock Creek Center on Franz Warner Parkway in late summer.

Christensen and other county officials said the project has been in the works for months but the partnership with Amazon took time to become official.

Amazon declined to give a number of exactly how many full-time jobs this will create at the distribution center.

District Four Guilford County Commissioner Alan Branson said this center will likely be smaller than the Colfax facility but will still have a big impact.

"We don't have quite the job force that we used to have in the textile and tobacco industries so I think this is an opportunity for folks to have a position or a place to go to work that will be decent," Branson said.

Christensen said this site is just one example of how the Triad is benefitting from what he calls "extreme growth" at Amazon. All three of these delivery centers were built within the last year.

"Demand for Amazon products is increasing in our community," Christensen said, "and they bring much-needed jobs and will help our economic recovery that much more."

Branson said he thinks there's more room for this type of industry to grow in Guilford County.

"Guilford County, Greensboro, High Point area we are a potential hub or magnet so to speak for delivery, logistics in the area," Branson said.

“We are excited to continue to invest in the state of North Carolina with a new delivery station that will provide efficient delivery for customers and create hundreds of job opportunities. This new delivery station represents Amazon’s unwavering commitment to safety, technological innovations and skilled teams who are obsessed with delivering for our customers,” Ashley Lansdale, Amazon Spokesperson, said.

Amazon officials say the company has created more than 12,500 jobs in North Carolina since 2010 and invested more than $2.1 billion across the state.

“We appreciate Amazon’s continued investment in Guilford County with this new delivery station. We look forward to continuing our support of their growth and success,” Jeff Phillips, Chairman, Guilford County Board of Commissioners, said.