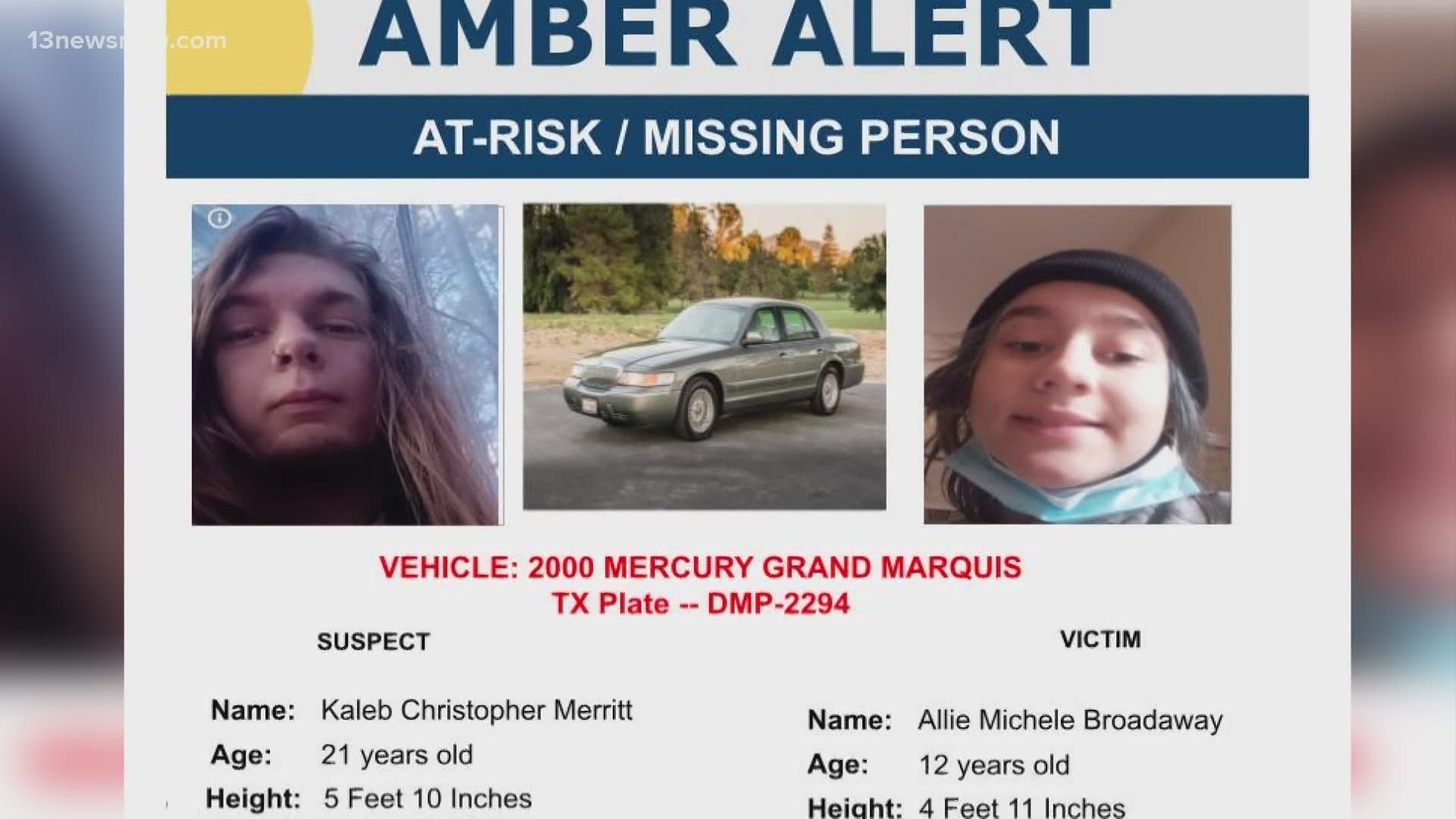 BASSETT, Va. — The Henry County Sheriff's Office canceled a Virginia AMBER Alert on Saturday night after deputies safely located a 12-year-old girl who was believed to have been abducted.

Allie Michele Broadaway is safe and her accused abductor Kaleb Merritt is in custody, authorities said.

An AMBER Alert had been issued for the girl on Friday by Virginia State Police.

The Virginia State Police and the Virginia Missing Children Clearinghouse has issued an AMBER Alert on behalf of the Henry County Sheriff’s Office, for a child abduction that occurred on February 12, 2021 at 1300 hours. pic.twitter.com/YoWYNhzfQ3