This afternoon marks the second time today inbound flights into Charlotte were grounded. 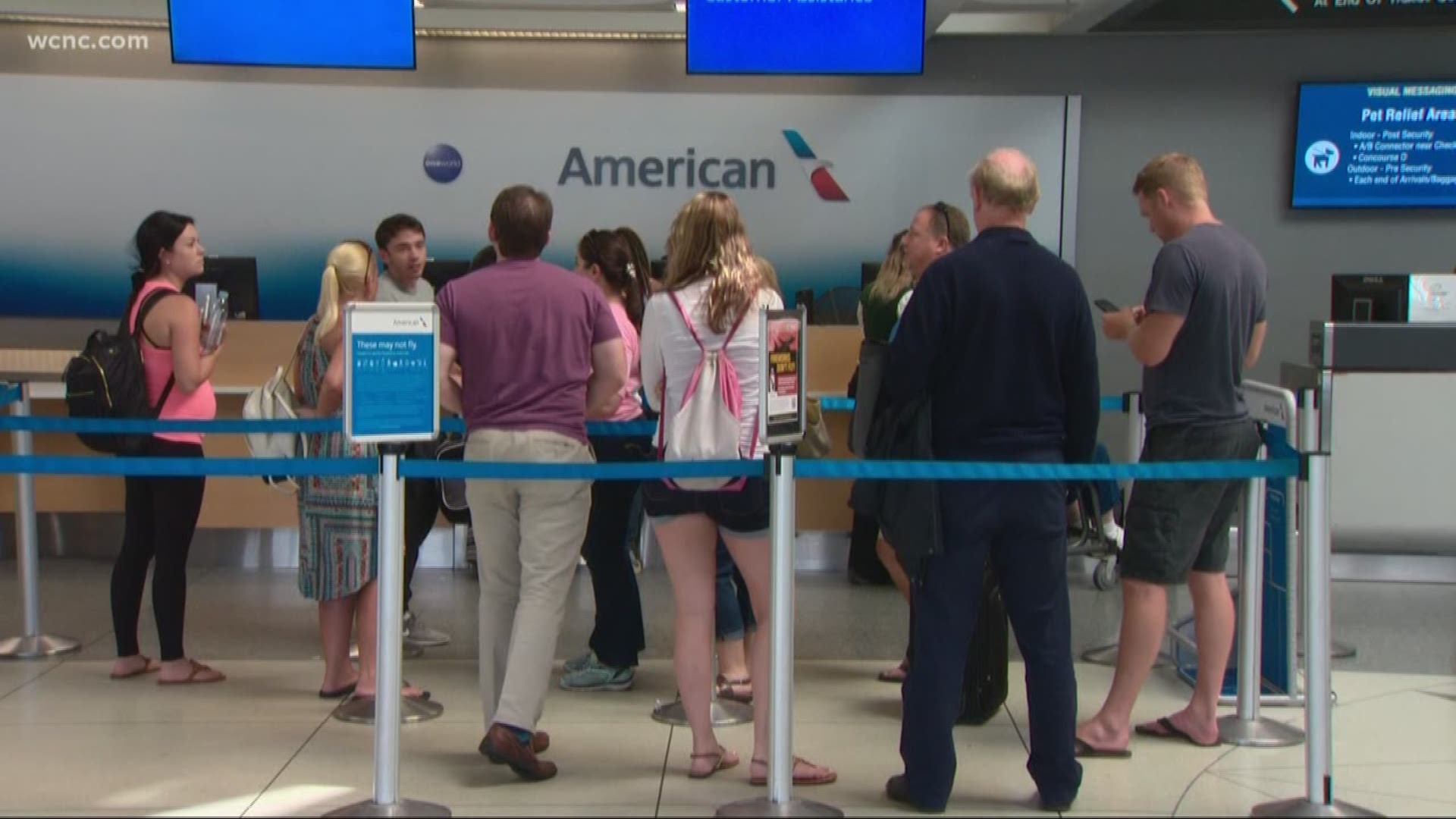 CHARLOTTE, N.C. -- For the second time in a week, a technical glitch caused major issues for travelers at the Charlotte Douglas International Airport.

American Airlines regional carrier PSA issued a ground stop Sunday for some planes coming in and out of Charlotte. Earlier in the day, Flightaware said all inbound flights to the Queen City were being held at their origin until 3 p.m. before releasing another update saying the delays will be extended to 4 p.m.

American Airlines initially said it was also going to cancel Monday's PSA flights until noon ET, but later issued a new statement saying PSA will be operating on a reduced schedule in and out of Charlotte until Monday at noon ET.

"We understand that these cancellations have been frustrating for our customers, and we are doing everything in our power to get things back to normal as quickly as possible," American Airlines said in a statement. "We are rebooking passengers and American's customer relations department will be reaching out to all affected customers."

Kendall Morris, with WCNC, said several passengers told her they have been trying to get out of Charlotte since Thursday or Friday but could not find a way out.

On Thursday night, thousands of people were stranded at Charlotte Douglas airport from the computer glitch. American Airlines said about 120 of the airline's 275 Charlotte-based flights were canceled that day.

JUST IN: PSA Airlines, an American Airlines regional carrier, has cancelled flights for the rest of the evening out of CLT (about 70). PSA is also canceling flights tomorrow until noon eastern. This is the result of a technical issue the airline experienced earlier today. pic.twitter.com/KuhQ692bRn

American Airlines has released the following statement regarding the ground delay:

This morning, PSA Airlines, an American Airlines regional carrier, experienced a technical issue, which primarily impacted flights to Charlotte. As a result of this issue, some aircraft have been delayed arriving and departing Charlotte. To better control the flow of PSA aircraft to Charlotte, a ground stop has been issued until 3 p.m. ET.