The school will close and reopen as a Montessori magnet. But what is the timeline? What will happen to the Archer teachers and students? 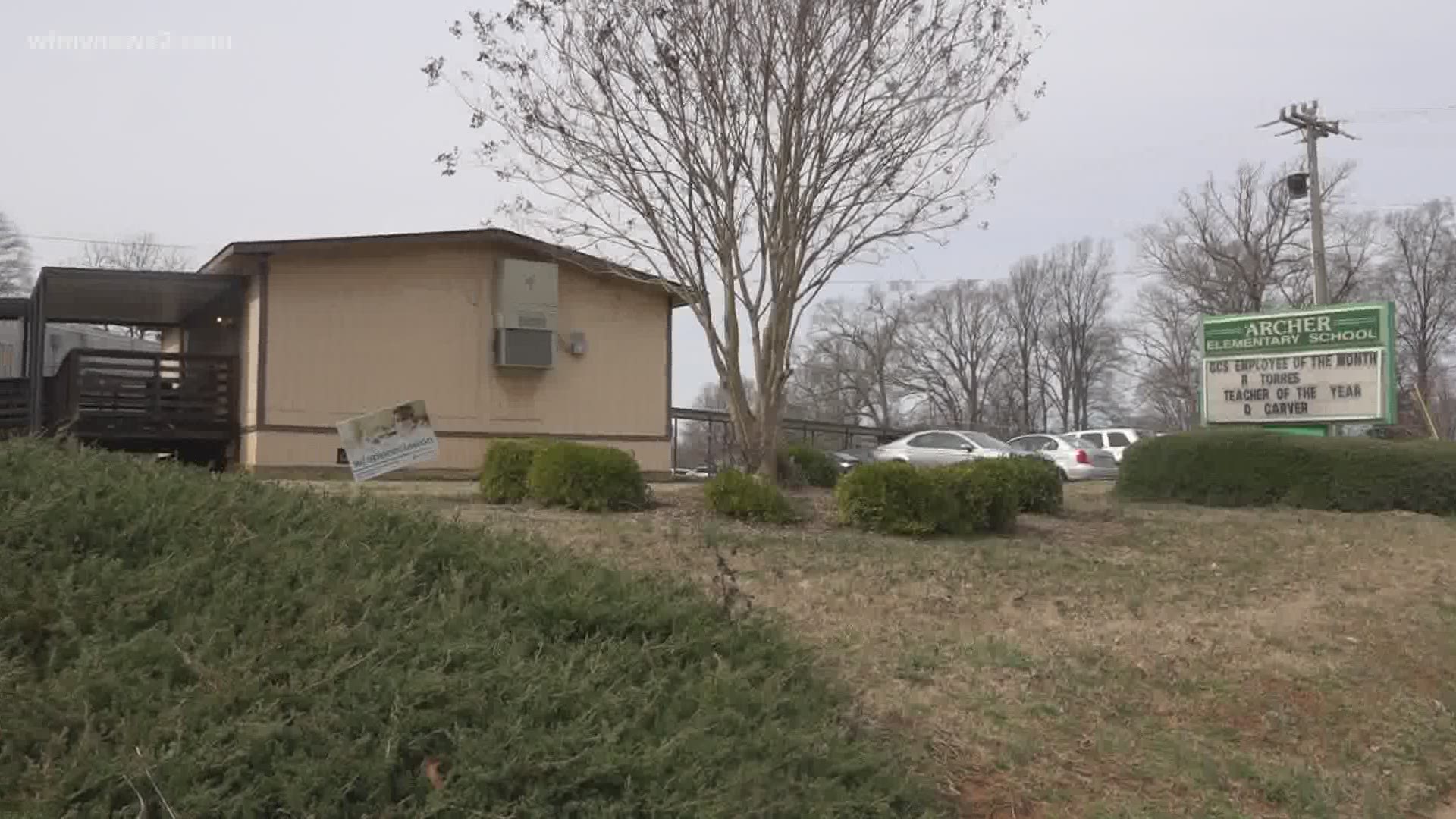 Several parents were upset that it will no longer be a neighborhood school. Instead it will be turned into a Montessori magnet, replacing tornado-damaged Erwin Montessori. So, Archer will no longer exist.

A rally was supposed to be held in front of the school on Monday night but it got cancelled. T-shirts that read 'Archer Strong' were made.

RELATED: Soon, Archer Elementary will no longer exist and many parents didn't know

Q: Do GCS leaders expect to offer students the choice to remain at Archer Elementary school next school year, though letters to 'choice-into' neighboring schools could be sent out to Archer families in the coming weeks?

A: Yes. Archer was never in danger of closing prior to the start of school in August, nor next school year. We anticipate construction starting in 2023-24; we anticipate the new school opening in August of 2025. Archer parents will also have the option to exercise choice for next school year as some may wish to avoid the potential for disruption later on,  particularly when construction begins in 2023-24 and continues through 2024-2025. New kindergarten students can enroll in Archer for next year.

Q: What is the timeline on Archer being renovated into a Montessori magnet?

A: All timelines are estimates at this point. We anticipate construction starting in 2023-24; we anticipate the new school opening in August of 2025. At some point during the (2023-24 and 2024-2025) construction process, students will have to move to different seats in other schools, either permanently via choice or temporarily via assigned seats in swing space. While some work on site may start while students are still present, eventually, students will need to move temporarily so it the work can be completed. Also, by the time the new school opens in August of 2025, all but current and rising Archer kindergartners will have matriculated to middle or high school.

Q: Are Archer students guaranteed, or even offered, a spot at the new Montessori school?

A: Assignment of students has not been determined as of yet. However, by the time the new school opens in August of 2025, all but current Archer kindergartners will have matriculated to middle or high school. In general, when we transition or add educational programming at a school, current students are offered a preference (not a guarantee) in the lottery. Montessori typically starts in PreK and K; some can enter in first grade. It is premature to guess what current K parents will want to do four years now. At other schools/during other transitions, if enough have chosen this option to be viable, a grade level or class has been able stay until that group matriculates to the next grade level. Typically, this is handled through student assignment.

Q: Are teachers guaranteed a position at the new Montessori?

A: The teacher assignment and application process will be determined closer to school reopening.