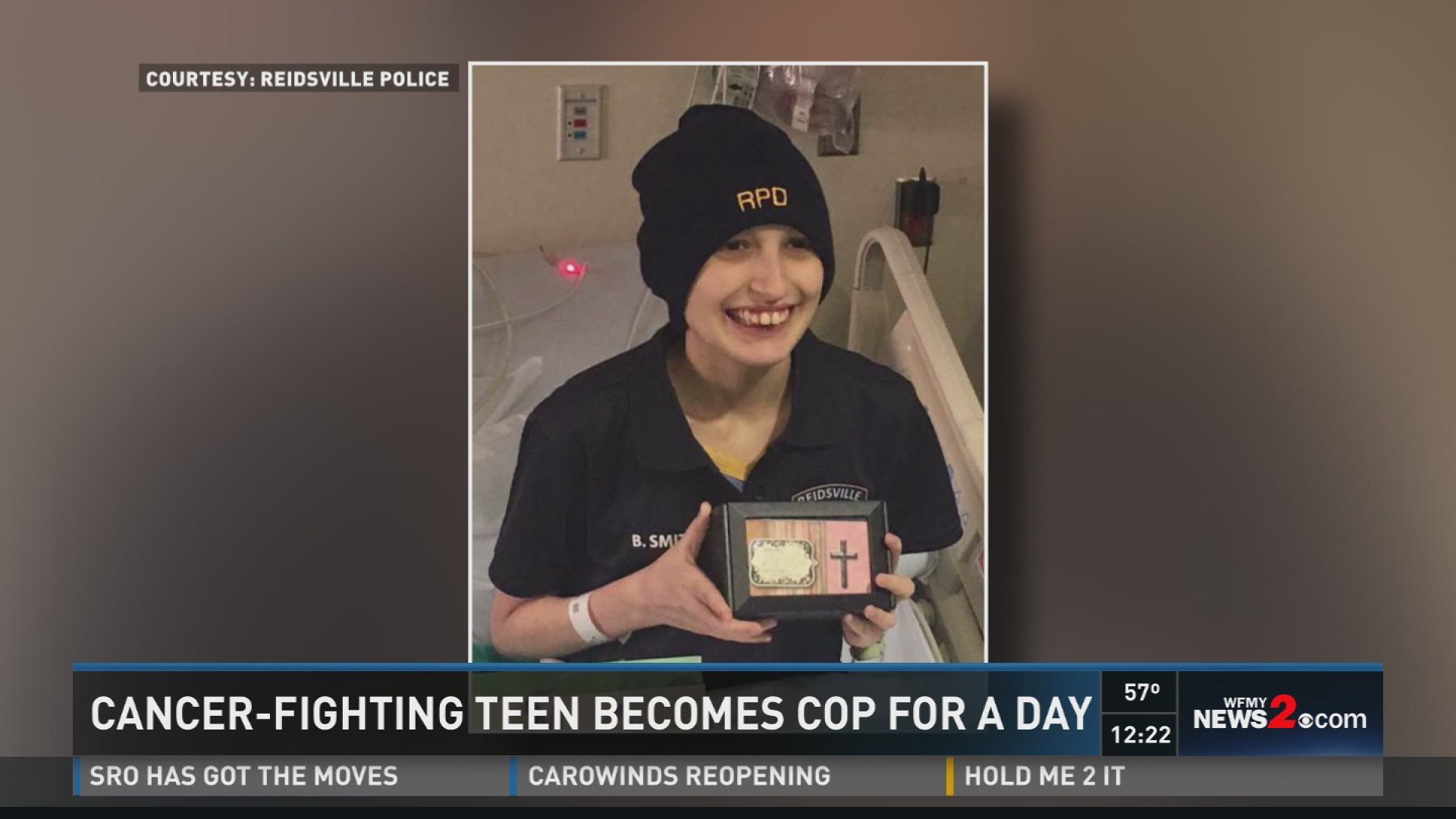 At the beginning of her 8th-grade year in 2015, doctors diagnosed Smith with a form of kidney cancer called Wilms' Tumor. In the time since then, an outpouring of support for Bailey has come from across the Triad.

In 2017, Reidsville Police made Smith and honorary officer for the day, visiting her at UNC hospital between treatment. Bailey at the time said she wanted to be a police officer when she was older.

Bailey's fight inspired others at her school to participate in a head-shaving challenge. In 2018, 25 others at McMichael High school, including multiple members of the baseball team, shaved their head to support Smith and Brady Mitchell, another McMichael High student who passed away from cancer.

Memorials will be decided at a later date, the release said.

RELATED: One Student at A Time | Triad SRO Shane Woodall Goes Above and Beyond Call Of Duty