Bar owners stood outside North Carolina Governor Roy Cooper’s mansion demanding for him to reopen their businesses around the state. 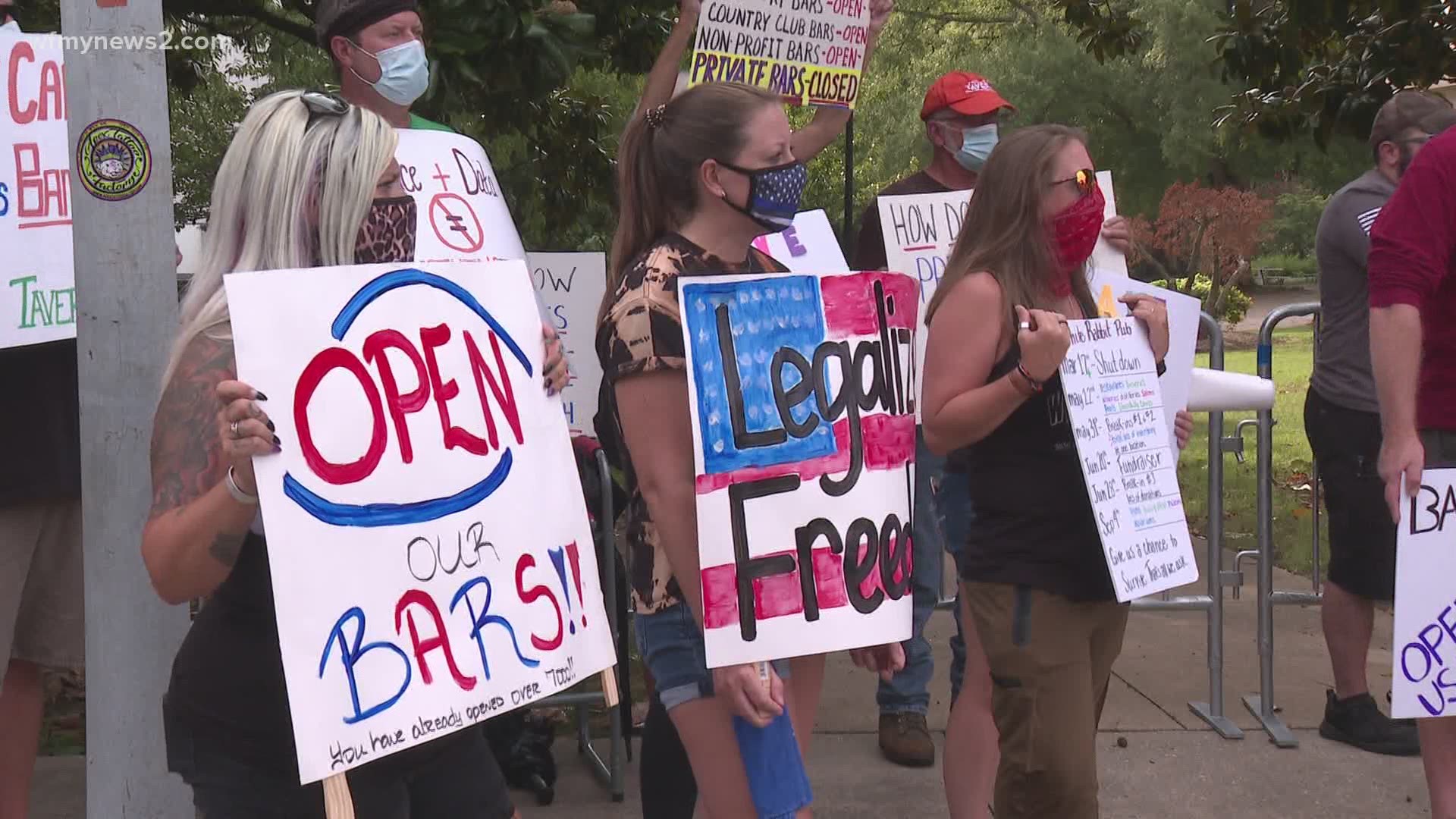 RALEIGH, N.C. — For a second time in a matter of weeks, bar owners are protesting once again.

On Thursday, bar owners stood outside North Carolina Governor Roy Cooper’s mansion demanding for him to reopen their businesses around the state.

Drew Wofford, owner of Chemistry Nightclub in Greensboro, said he doesn't know how much longer many bar owners will be able to continue on.

Wofford said he wants private bars to be treated the same way breweries, wineries, and other businesses have been treated.

"I don’t know how you can expect a small business to stay closed for six months and survive at the other end of this with no end in sight," he said.

The protest follows a recent order that closes a loophole with his Phase 2.5 order that allowed some bars to reopen previously. The executive order was updated when the state entered Phase 2.5 and keeps bars disguised as restaurants from reopening. Bar owners said they were told by the ABC officials, if they had a private bar serving food they could reopen. That’s why so many places rushed to build kitchens.

Danielle Bull owns Bull's Tavern in Winston-Salem and said she has spent about $5,000 to renovate her kitchen in hopes of reopening.

“It was obvious that food was the golden ticket,” Bull said.

However, Executive Order 141 states it’s not enough to have a bar permit and sell food like small plates secondarily.

If bars want to reopen and sell liquor with food, they would now need to apply for a restaurant permit. Also to classify as a restaurant, they would need to be able to seat 36 people inside.

"I actually met with the ABC Commission yesterday to see if I could change my permit to continue down the path I'm on and I couldn't because I don't have enough seats, not including seats at the bar," Bull said.

The updated order is forcing Bull to stay closed and other Triad bars like Vintage Sofa bar to re-close.

It costs thousands of dollars to apply for a restaurant permit and to buy all-new alcohol under the different permit codes. With that financial burden, many bar owners WFMY News 2 spoke with said they will just have to wait for Phase 3 to reopen. 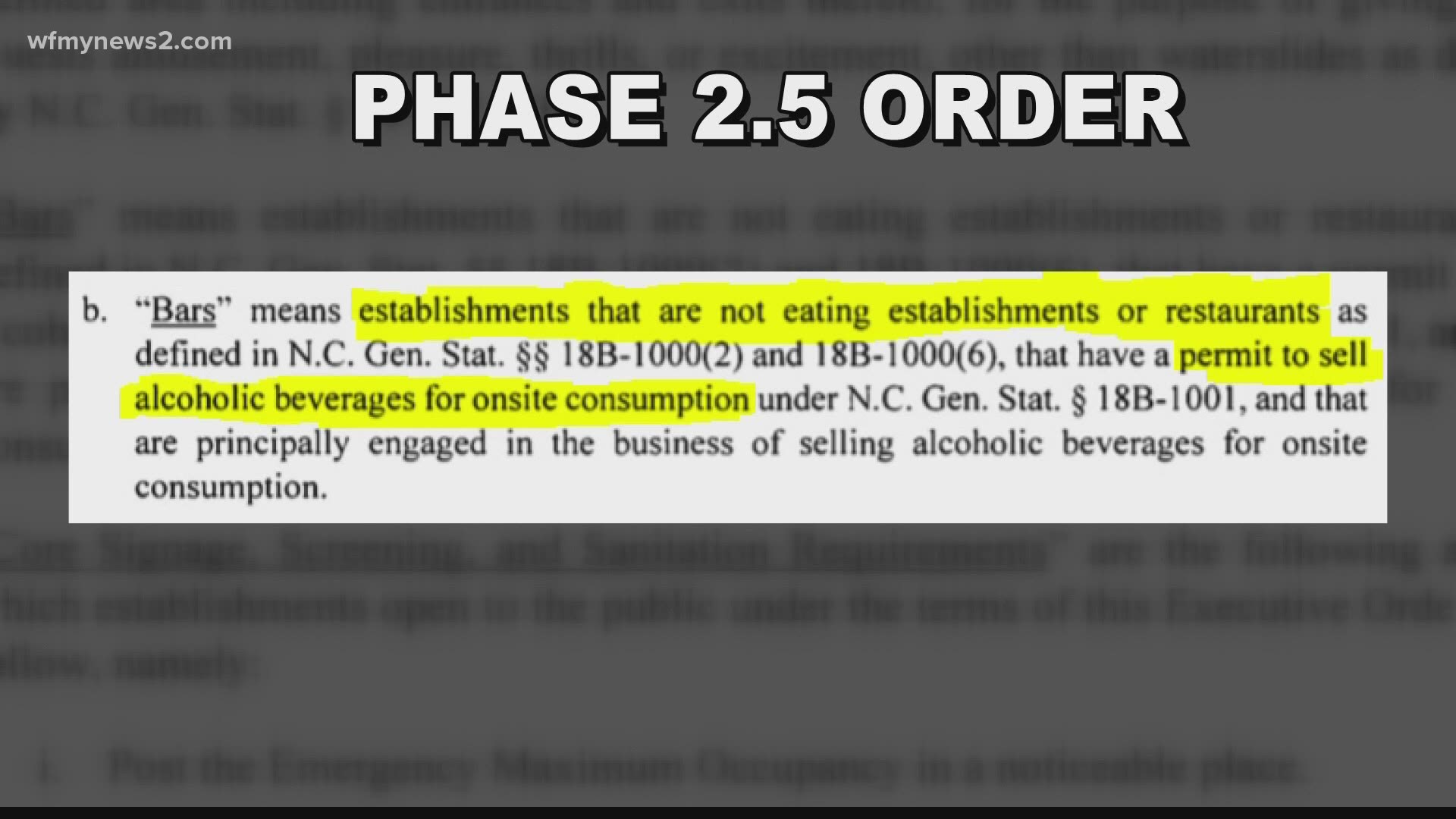