The Bearded Goat temporarily closed back in December as the weather got colder, but staff members are excited to return for indoor service Thursday. 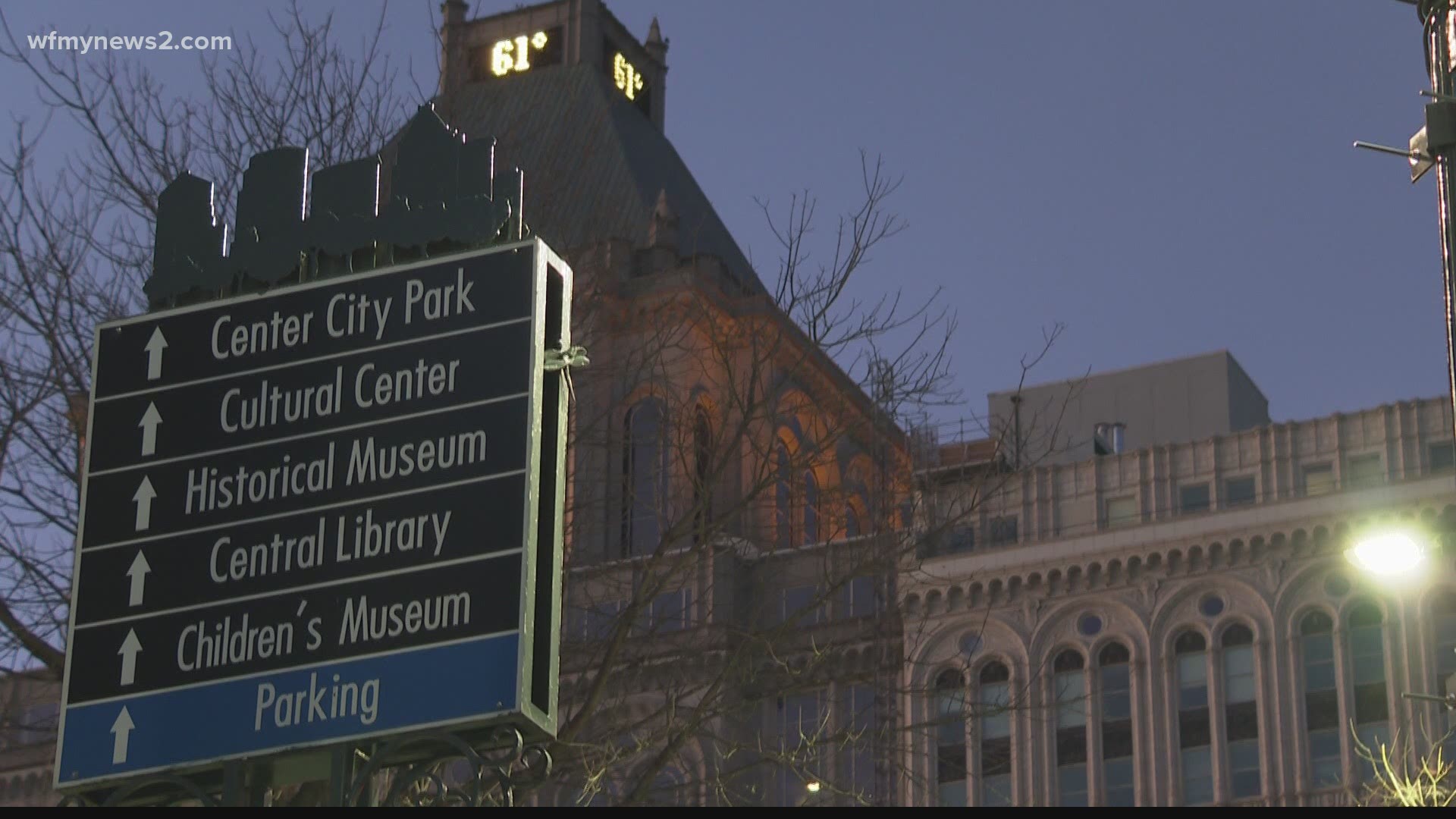 GREENSBORO, N.C. — A Greensboro bar is reopening the inside of its business to customers for the first time in a year.

For months, bars were restricted to serving customers in outdoor settings only. That forced The Bearded Goat in Downtown Greensboro to close in December due to the cold winter months.

Thursday, the bar is reopening the inside and outside for customers, and staff couldn't be more excited.

"Thank you to everyone for the continued love and support that you have shown the Goat! We can't wait to see everyone's smiling faces this weekend and look forward to many many more years with everyone! Cheers!!" owner Seth Mapes said.

He'll be back working at The Bearded Goat, a place he called home for so long, after months of uncertainty.

RELATED: 'We’re excited to be at this chapter of this pandemic' | Triad businesses ready for eased restrictions

The Greensboro native moved to Chicago with his wife in 2019. "We both wanted to try out a new city," he said.

But they were only there one year until they were forced to pack up and come back to Greensboro after the pandemic hit. Wood was laid off from his job.

"I immediately contacted Seth and asked him if I could have my old job back," Wood said.

After a few months back in Greensboro, Wood was back at The Bearded Goat in the fall of 2020, but it would only be for a few months. In December, the bar closed as the weather got colder and restrictions only allowed for outdoor seating.

"I was very bummed," said Wood, but he understood the decision that was made.

Since then, Wood has been juggling three jobs, waiting and hoping for good news to come down the pike, until finally, it did.

"I immediately texted Seth and asked what was up and he was like, 'Yep you have a job! Come back!'" said Wood.

Governor Roy Cooper announced at the end of February that bars could reopen indoor seating at limited capacity.

It was the news so many had been waiting for.

"To be able to find out that I don't need to lose sleep anymore and be able to work not three jobs," said Wood.

Wood is looking forward to the bar's reopening and is excited to see regulars and hoping for some new faces soon.

RELATED: 'Everything I was hoping it would be' | Triad businesses saw a strong first weekend with eased COVID-19 restrictions