The school has struggled the last few years because of declining enrollment and lack of financial resources. 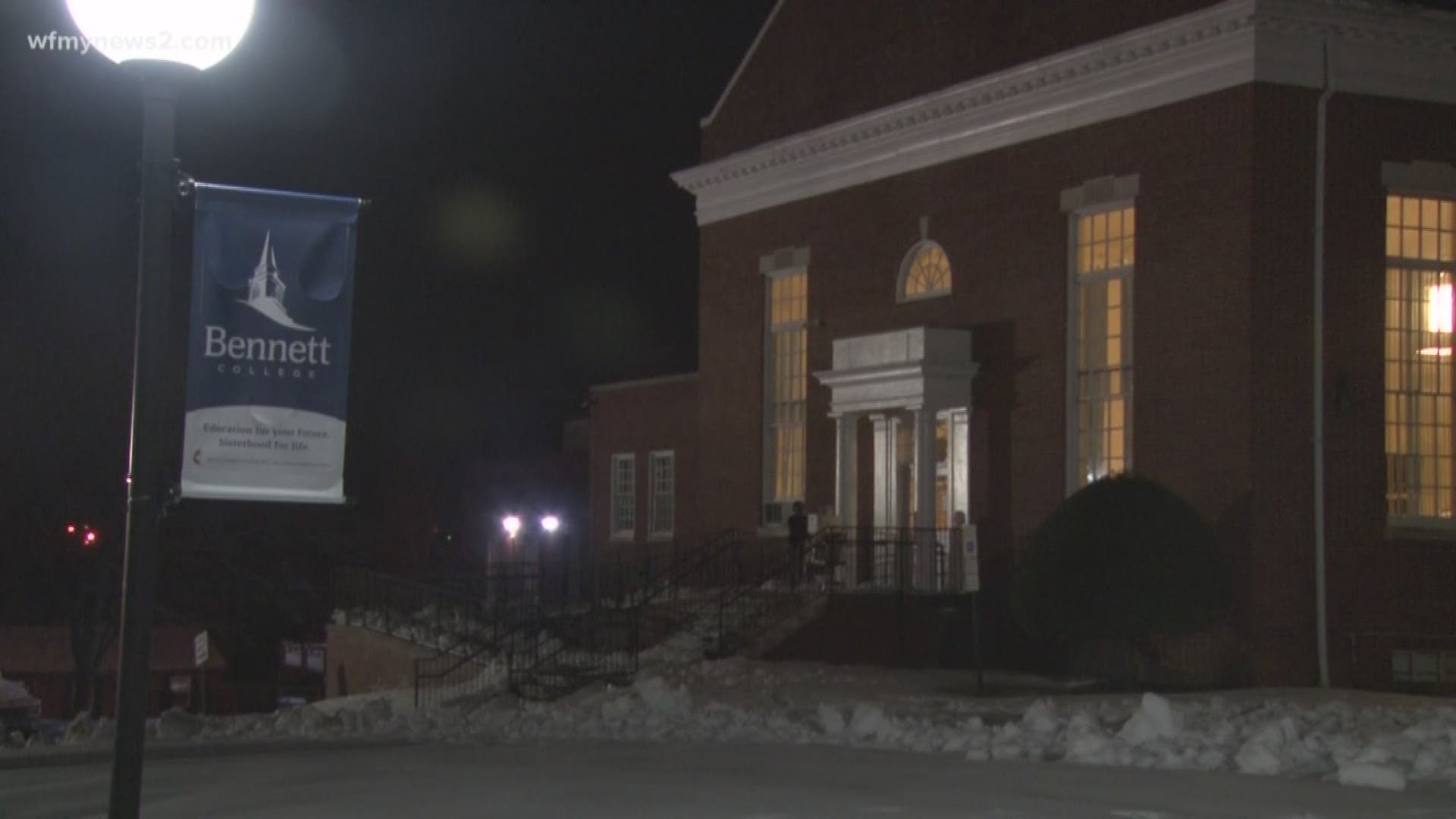 GREENSBORO, N.C.-- Leaders with Bennett College are hoping raise five million dollars within the next 50 days to help keep it's doors open.

On Tuesday, Southern Association of Colleges and Schools Commission on Colleges or SACS announced the all-girls HBCU will be removed from its membership due to financial instability and enrollment struggles.

The decision comes on the end of Bennett College's two-year probation period.

The future for students like junior Ebony Duell and sophomore Diane Patterson is unclear.

"I just immediately started crying because it's like what am I going to do as a junior where do I go next," Duell said

School leaders say the decision from SACS caught them off guard.

The school has struggled the last few years because of declining enrollment and lack of financial resources. And even with a surplus of money last year, it wasn't enough to overcome the down years.

There's now a push to crowdsource five million dollars to help save the school.

"You don't want people to forget about what happened here at Bennett. You don’t want it to become one of those places where people are like, 'Oh yeah that used to be at school, but it’s not anymore'," Duell said.

"So we are asking the Greensboro community, the state of North Carolina and the nation to help us achieve this task. It can be done. We've done it before," Dr. Gladys A. Robinson, Board Chair at Bennett College said.

Bennett College is appealing the decision and will keep it's accreditation during that process. Students and Staff will be able to stay at least through next semester.