Southern fast-food chain Biscuitville has had its eye on Reidsville 'for a while now.' 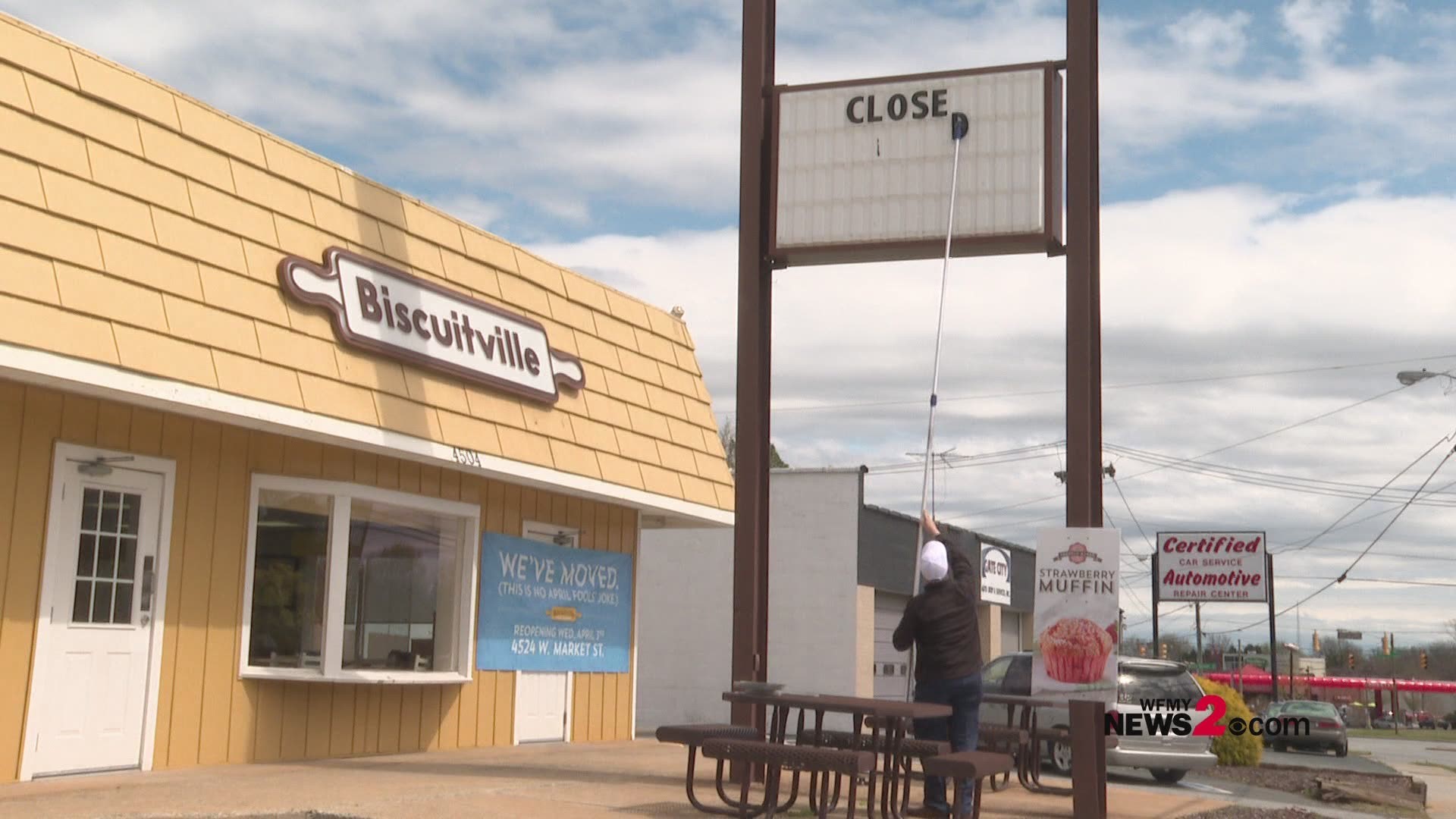 REIDSVILLE, N.C. — Biscuitville is coming to Reidsville! That's right, get ready to load up on some biscuits bt the end of 2019!

"It was a target to bring a fast-food service to the area. When we got in contact with one another, it worked out perfectly," Gartska said.

The 2,828 square-foot facility will hire approximately 40 employees. Last week, the demolition of what used to be the Family Dollar starts the four-month process of constructing the store. The building plans, however, extend much further back.

RELATED: February 7, 1978 | Biscuitville Becomes A NC, 'Made In the Triad' Thing

"He told me Biscuitville had been looking at property in Reidsville, 'for a while now' and our interest was mutual," Gartska said.

Gartska said the family-owned and operated aspect of Biscuitville is what spurred interest on the city's end.

"We think we can continue to attract good, family-owned businesses to the area," Gartska said, "We're glad to have them."

Find out more about careers at Biscuitville.

RELATED: Is Lidl Coming To Eden? You Probably Won’t Like The Answer But We Got An Answer!

RELATED: New Lidl Store Coming To Greensboro, 5 Other Stores To Open In NC