North Carolina lawmakers introduced a bill to protect against hair discrimination. Meanwhile, a high school student is advocating for CMS to adopt a similar policy. 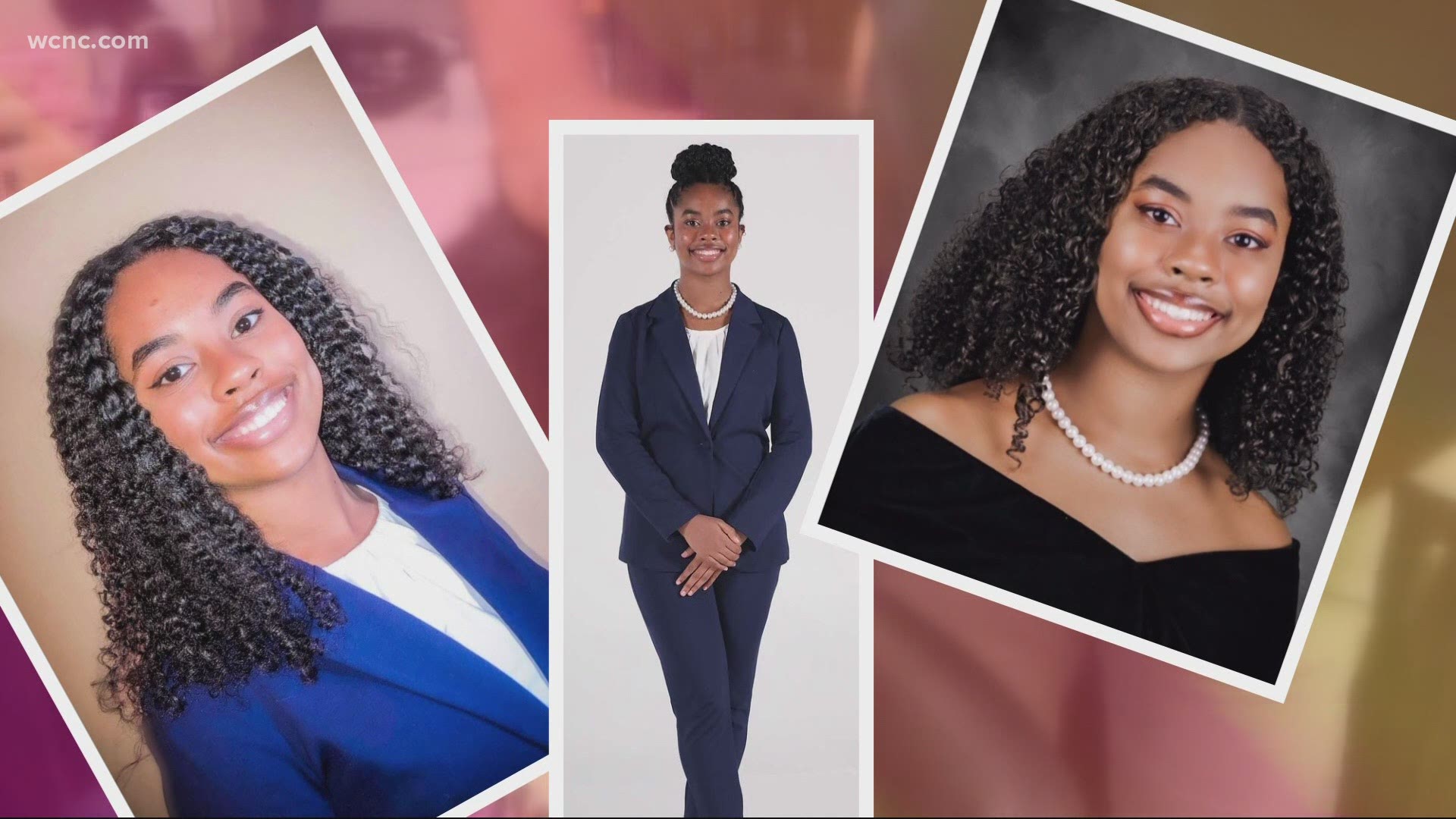 CHARLOTTE, N.C. — A Charlotte teenager is calling for change within her school district, advocating for the board to pass a version of the CROWN Act to protect students from discrimination on the basis of hairstyle.

“Ultimately, Black women should have the space to be unapologetically them,” Kiersten Hash, a senior at Mallard Creek High School, said.

Hash, who now wears her hair in its natural, curly state, can remember a time when she was younger and thought she needed to straighten her hair in order to conform to certain standards.

“I did have to be introspective and change my own perception of my hair,” Hash said.

Hash, like many students, said she has felt pressure at school to have her hair styled a certain way over the years.

‘You’ll often get comments about your hair: ‘Oh it’s so fluffy, can I touch it?’ like it’s an anomaly and not the norm and it makes you feel othered,” Hash said.

Across the country, there have been examples of students who have been forced to cut their locs in order to participate in sports, or who have been suspended from school for wearing certain hairstyles.

RELATED: Court rules Barbers Hill High School student does not have to cut his locs

“Our hair comes into question often,” Hash said. “As Black women, we are constantly policed.”

The teen’s calls for protection are echoes of the demands taking place on the state and national levels.

Versions of the CROWN Act, which stands for “create a respectful and open world for natural hair” have passed in several states as well as cities in North Carolina.

RELATED: 'Why Does My Crown Offend You?' | A conversation about Black hair in the workplace and the push to normalize its professionalism

Charlotte does not have an ordinance in place. Neither does the Charlotte-Mecklenburg School system.

The CMS Code of Conduct does have a dress code section, but there are no specific guidelines for students’ appearance. The district allows schools to form their own specific dress codes.

Hash said she worries it will be only a matter of time before her own community is making national headlines because there are no protections in place.

“We have to lean into equity and make sure these policies are preventing against us feeling othered in our spaces,” she said.

In her own crowning moment, Hash founded an organization called Queens for Change, which aims to uplift and empower other young Black girls in the Charlotte area.

She is hopeful the leaders in the CMS community to do the same.

“It is so important that CMS takes the time to promote equitable education,” she told the board members at a meeting Tuesday night. “For this reason, I encourage the school board to consider a policy that protects against natural hair discrimination as a proactive measure.”

WCNC Charlotte reached out to CMS for comment about Hash’s request, but they did not respond to our email by the time the story was published.