The Wednesday events were organized after former Minneapolis police officer Derek Chauvin was found guilty of all charges in the death of George Floyd. 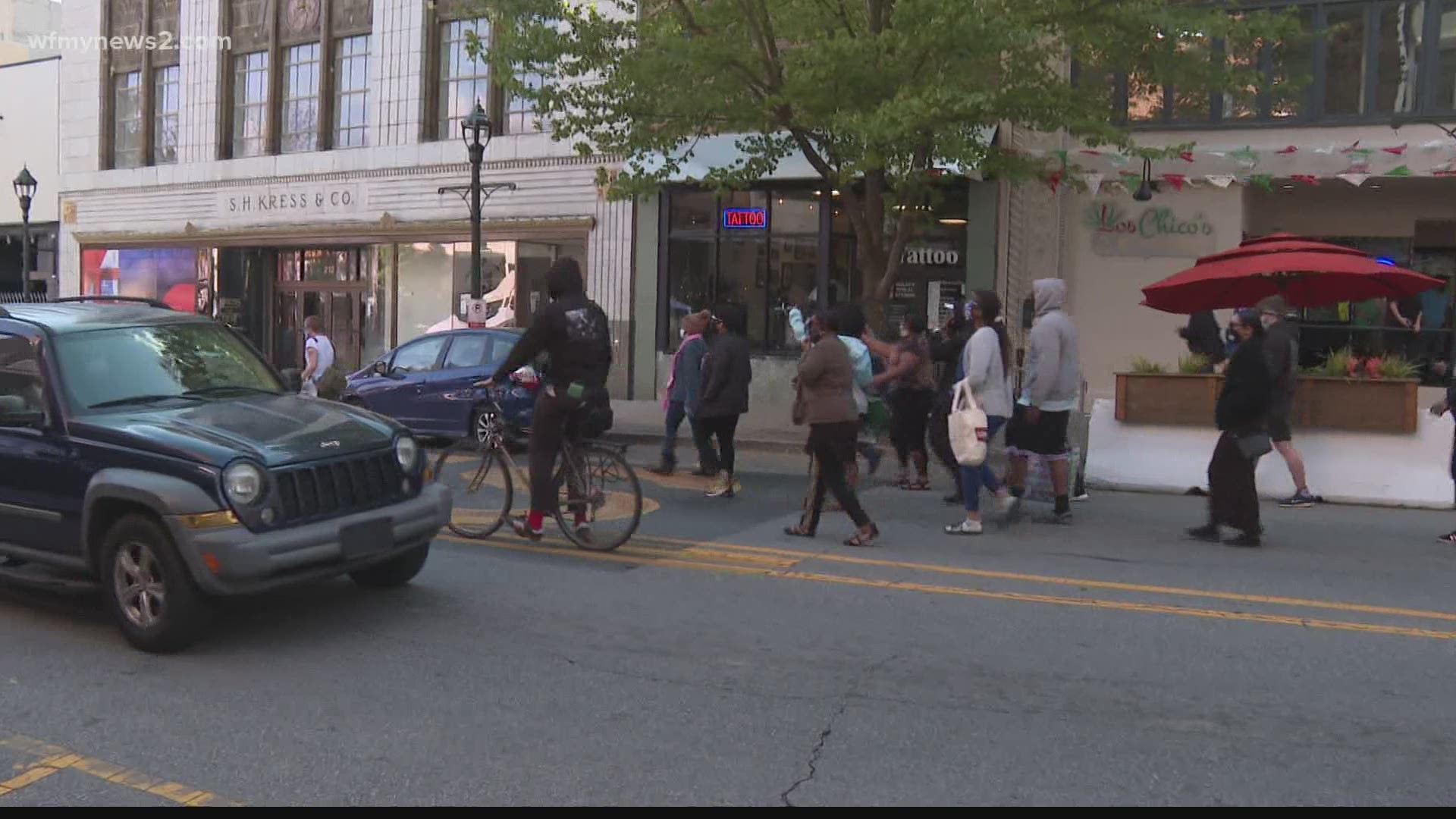 Black Lives Matter organizers held events in both in Greensboro and Winston-Salem on Wednesday.

In Greensboro, organizers met at the International Civil Rights Center and Museum around 5 p.m., before marching in the streets for about an hour and a half to celebrate the verdict in the Derek Chauvin trial. The windy conditions and falling temperatures didn't stop a crowd of about 50 people from showing up.

"There has to be some change to make sure that everybody is held accountable, especially when it comes to losing lives and policing our cities," said Franca Jalloh.

She told WFMY News 2 that when the judge read the jury's verdict, her immediate reaction was relief and tearful joy.

Both she, and Spencer Blackwell, who was also in attendance, say the fight against racial injustice and police brutality is far from over.

"It's not like all is finished now, we can stop working. It's just one case out of many. But I think it's a step towards progress. It shows us progress is coming," Blackwell said, "I'm hoping with yesterday's verdict and the whole trial, that it will kind of be like a wake-up call, that no one is above the law. If you break the law, if you take someone's life, you are responsible for the punishment that comes with that."

Over in Forsyth County, Black Lives Matter Winston-Salem met at 550 N. MLK Jr. Dr. at 5 p.m. The event was called the #BlackAndBrownLivesMatter Rally, and organizers said it was a celebration of accountability in the killing of George Floyd. Demonstrators say more work is necessary.

"It doesn't raise the dead, but it prevents - or hopefully - stops another Black life from being taken. I think police brutality is something we need to deal with, and we need to talk about how people abuse their power. They were sworn to serve and protect," said Michelle Boone.

The group is now beginning to march through the streets. @WFMY pic.twitter.com/3yFN0NfV7h