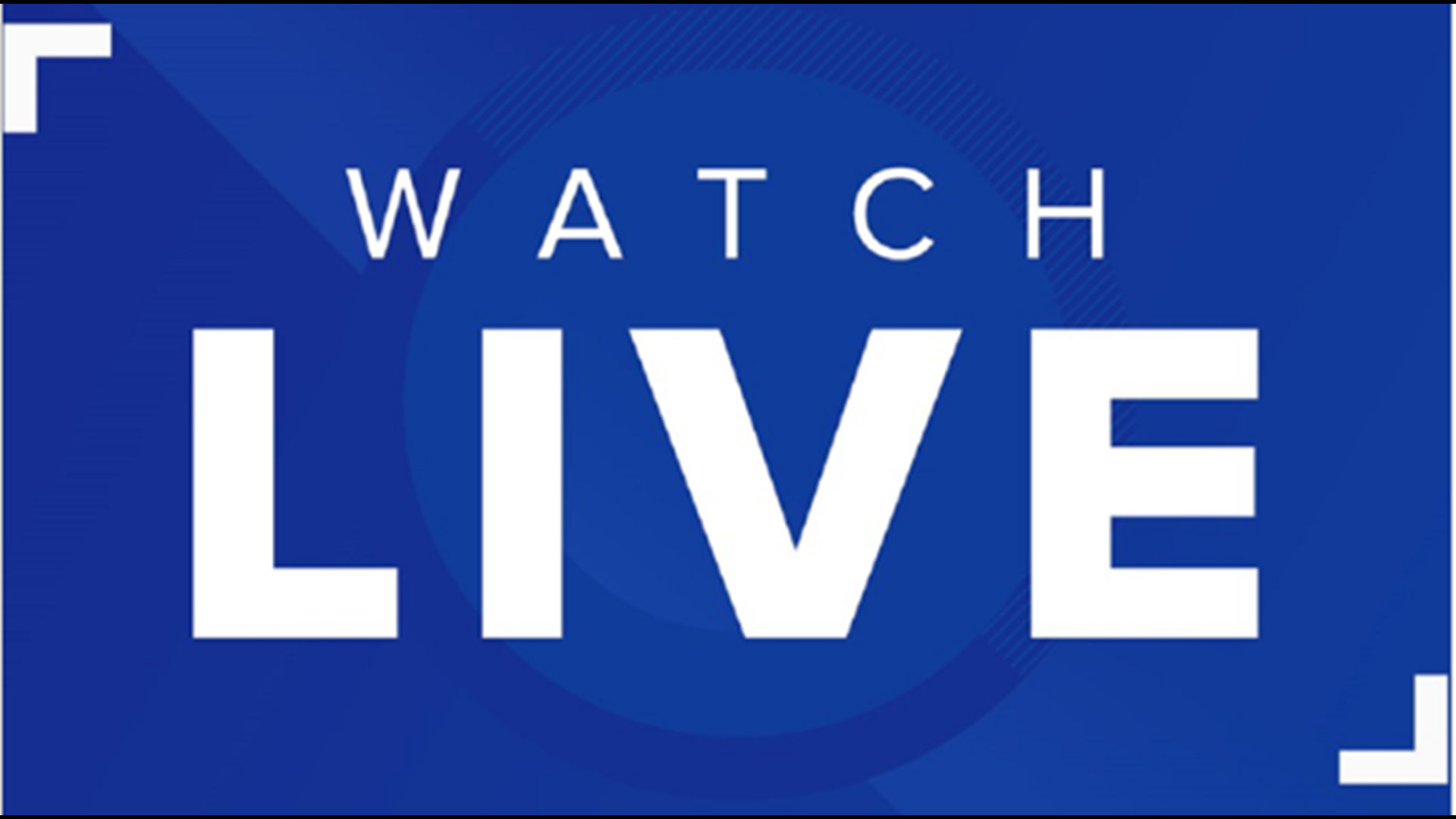 GREENSBORO, N.C. — The Triad got soaked Wednesday and that rainfall has turned into patches of ice on Thursday. Drivers will want to watch for slick spots on their morning commute. We'll bring you the latest updates on conditions and traffic in this blog.

7:20 a.m. - All lanes of US-52 North near I-40 have reopened. Police say the two-car crashed has been cleared from the highway and traffic is flowing through the area again.

6:40 a.m. - Davidson County Schools announced it will operate on a 2-hour delay Thursday.

Winston-Salem police say two lanes of northbound Highway 52 are closed near I-40 due to a two-car crash. There are no major injuries, and police don't know if the crash is weather-related.

9:45 a.m. - High Point Electric is working to fix a little more than a dozen power outages. No other power companies are reporting major outages.

9:30 a.m. - Firefighters are working to clear a crash involving a tractor-trailer that flipped over along I-40 east in Kernersville. We're told the driver is OK.

Tractor Trailer overturned and went down an embankment along I40 East in Forsyth County. @WFMY pic.twitter.com/OLDKQeeTt4

9:27 a.m. - Rain/freezing rain mix continues to fall across the Piedmont with temperatures hovering around freezing. Slick spots are developing on some bridges across the area.

9:27am - Rain/freezing rain mix continues to fall across the Piedmont with temperatures hovering around freezing, Slick spots are developing on some bridges across the area, so be careful if you have to head out and about this morning. #Stormtrack2 pic.twitter.com/Xb6jfr83W5

8:15 a.m. - NC State Highway Patrol Trooper Ned Moultrie confirms one person died in the wreck that happened on I-40 east at Union Cross Road this morning. He says a car failed to reduce speed and crashed into the back of a box truck that was stopped in traffic for an earlier crash. The driver of that car died. No other injuries reported. Road conditions are slick this morning. However, Moultrie said troopers do not believe this crash was the result of bad weather.

Two wrecks this morning. both on I40 East in Forsyth County. One just after the Old Salem Road overpass. The other just before Union Cross Road. @WFMY @IMcMillerNews pic.twitter.com/FqoR2yUS6B

7:30 a.m. - Traffic on I-40 east in Kernersville at Union Cross Road is not clearing quite yet. There were two crashes there, one of them an overturned tractor-trailer. DOT officials say the area may not be clear until 11 a.m. We're working to get more information from Highway Patrol.

CRASH: Traffic backed up along I-40 near Old Salem Road in Kernersville after a tractor trailer Overturned. Forsyth County EMS reports no injuries. It’s unclear if the crash was a result of slick roads. pic.twitter.com/8LKNlwwZ8u

7 a.m. - Highway Patrol responded to a crash on the I-40 off-ramp onto Union Cross Road in Kernersville. No word on injuries.

6:30 a.m. - Forsyth County EMS confirms a tractor-trailer overturned on eastbound I-40 at Old Salem Road in Kernersville. It happened around 6 a.m. There were no injuries. It's unclear if weather was a contributing factor in the crash.

6:20 a.m. - Chris Burleson shared a photo of his icy car this morning. He said he's seeing ice on elevated surfaces, which is why it's so important to be cautious of ice on bridges.

Chris in Ruffin, NC shared this photo of the ice on his car this morning, and said he's only seeing ice on elevated surfaces in his area at this time. @WFMY #get2it

6:05 a.m. - Stokes County EMS reports precipitation is turning icy and that several bridges are becoming slick. Other Piedmont Triad counties are not experiencing any weather-related issues at this time.

6:05 a.m. - There's light rain on Salem Parkway this morning. Drivers should be cautious of icy conditions.

5:45 a.m. - As of this time, no major power companies are reporting any outages.

5:45 a.m. - Our Itinease McMiller spotted crews out prepping roads and bridges in Winston-Salem as freezing rain falls across the Triad.

Crews up and out early salting over passes and bridges in Winston-Salem. Be safe and cautious as you head out the door this morning! @WFMY pic.twitter.com/SWVgeu53M5