Tossed in the Atlantic Ocean: Greensboro student's message in a bottle found in Morocco

The project seemed more about fun and folklore than reality. After learning about the Outer Banks, students put messages in bottles. A year later, one was found. 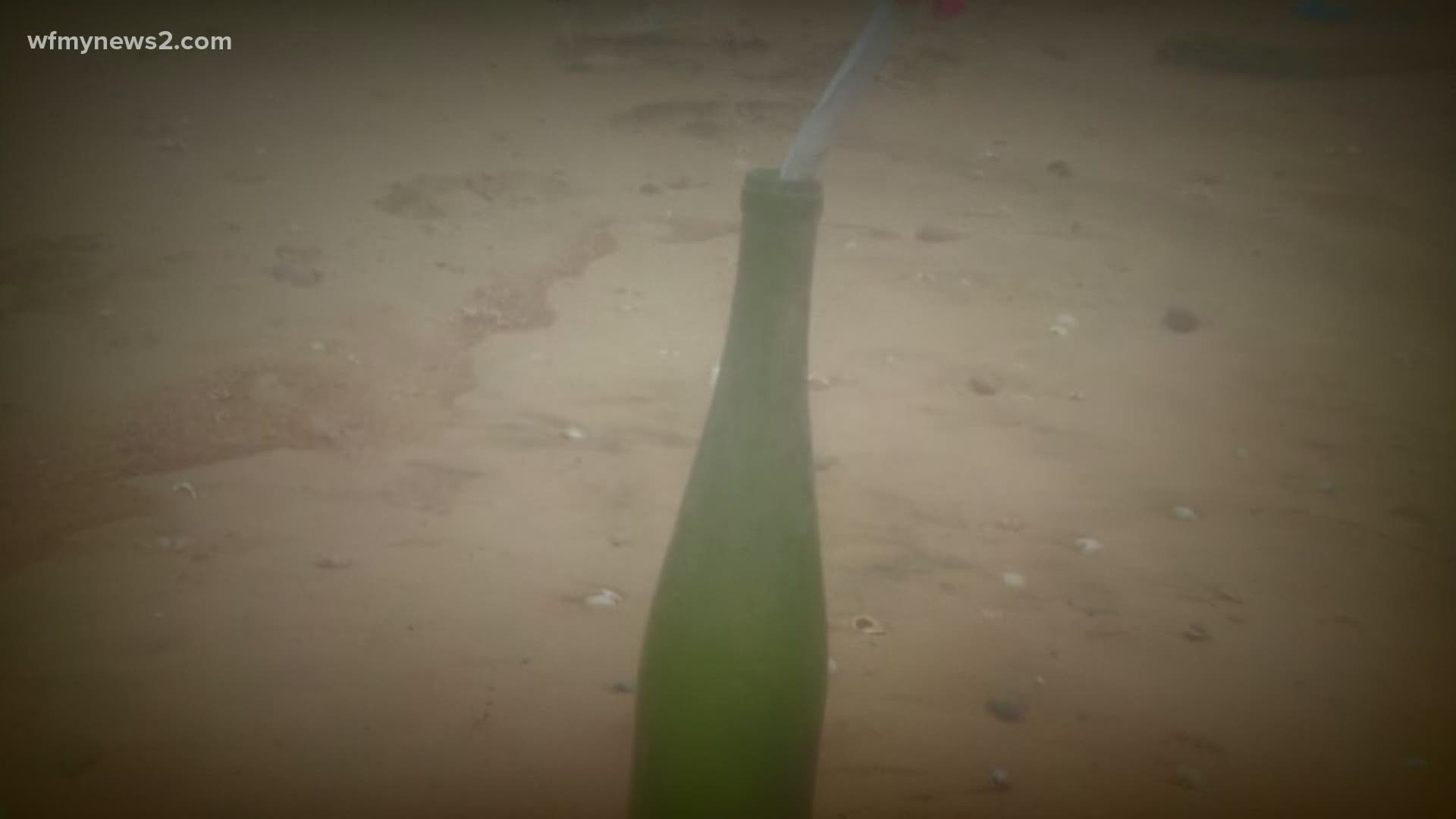 GREENSBORO, N.C. — Raise your hand if you’ve ever done something you didn’t really expect to work out or go anywhere. Maybe you wished for something when you saw a shooting star or called a radio station hoping you’d be caller number 10.

“I just thought it was interesting, but I didn’t think much would come out of it,” Faera Byerly said.

Her daughter Vivian took part in a class project at Greensboro Day School. The assignment involved writing a positive message that would be placed in a bottle and then tossed into the ocean.

“You always hope it’s a possibility because occasionally you’ll hear stories on the news of bottles being found,” Susan Ferguson said.

Ferguson was teaching her third-grade students about the North Carolina coast and thought it would be fun to incorporate some mapping and writing into the assignment. Ferguson then asked a friend who was taking part in a fishing fundraiser, Reelin' for Research charity fishing tournament to toss the bottles in the ocean.

“I think it was pretty cool. I didn’t think mine would be found ever,” Vivian Byerly said.

Every student from the third-grade class stuffed a note into a bottle of their own that was tossed in the ocean about 50 miles off the coast. The bottles were thrown in the ocean in April of 2019. It took 15 months, but about two weeks ago, one of those bottles washed up on a beach.

Credit: Faera and Vivian Byerly
A fisherman found a Greensboro Day School student's message in a bottle in Morocco.

The bottle traveled more than 4,000 miles before a fisherman in Morocco discovered it on the beach near his village. The green wine bottle was weathered and faded but not broken. The note inside still had a piece of red ribbon wrapped around it.

“I was kind of flabbergasted and was like that is really exciting,” Faera Byerly said.

The fisherman, who does not speak English, had a relative send an email to the school alerting everyone the bottle was found. Ferguson was excited but wanted confirmation. The confirmation came in the form of a picture of the man holding the letter Vivian wrote.

“You could still read it clearly, it was still in good shape,” Ferguson said.

Since then the school has received more pictures of the man and a couple of emails that talk about their life in Morocco. Vivian has started a scrapbook with photos and emails.

“I’m so excited that my letter was actually found,” Vivian Byerly said.

Credit: WFMY
Vivan Byerly is scrapbooking pictures and emails sent to her from the fisherman who found her bottle.