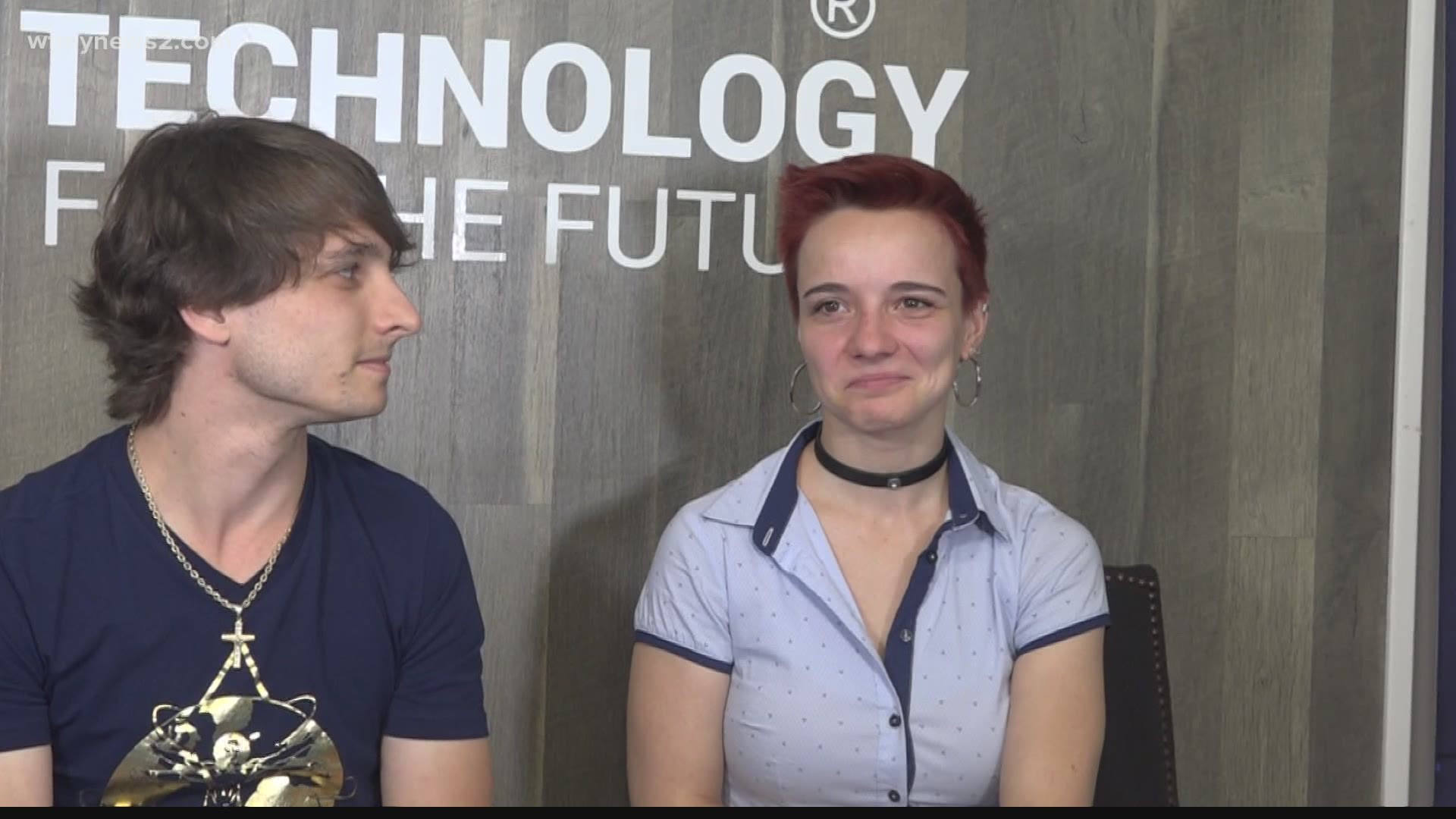 GUILFORD COUNTY, N.C. — Siblings who live and work in Guilford County are facing deportation after 14 years in the Triad. They're Canadian citizens but said they consider North Carolina home.

Miriam Martincova and Adrian Martinca started a Change.org petition in hopes of being able to get their E2 Visas reinstated and regain their legal status in the United States before they have to 'voluntarily depart' in a little more than a week.

The two explained their visa was valid until 2023, but they were about 2 weeks late to renew their I-94 immigration form.

"Along with the business visa you get kind of like a check-in permission slip you renew every two years which is called an I-94," Martincova explained.

Since they were late for that check-in form, the visa's been canceled and they're facing deportation.

They claim the delay was due to an emergency in their line of work.

"When our I-94 was due right before then we received two calls one from a school here in Guilford County for 150 devices they needed for exams so they were in like a crisis and another school in Idaho short 200," Martinca said.

They said their I-94 expired on May 3 when they were in the middle of that crisis response delivering 350 devices to children in schools just in time for state testing on May 10.

The error may cost them the life they know and love.

These siblings, who have helped Guilford Co. through their nonprofit (supplying thousands of students with free laptops) now say they need your help. They face deportation after claiming they were 2 weeks late on an immigration form. They've lived in the Triad for 14 years. @WFMY pic.twitter.com/ISt47n453q

They head the nonprofit Technology for the Future in High Point. The organization donated 10,000 free laptops to Guilford County Schools when there was a severe device shortage during the pandemic.

"When I experience other people suffering the same way I did what I was little, I don't want them to, so that's why I do this," Martinca said with tears in his eyes.

Martincova said this whole experience has been a tearful one.

"We sacrificed everything our family has sacrificed everything for us to be here," Martincova said. "When we walked in to renew our I-94 and they told us we had been here illegally for 17 days I felt like they were calling me a criminal and that's just so far from who we are. We're working really hard to help the community and make sure we live up to our parents' dreams of being good people and making a positive impact."

They said they made a mistake, but didn't realize the consequences would be this steep.

"I understand we broke the rules but even with a speeding ticket if you go over five miles an hour that's a different consequence than if you're going 30 over the speed limit, and I feel like we were only at the five."

Some have questioned why they never became U.S. citizens.

"Just hearing the comments and questions like why didn't you become a citizen, it's because we can't that's not an option for us and we've done our best to follow the rules that enable us to be here."

They fear they won't be able to do the work, and help more students, from Canada.

"There are so many components to making technology work well," Martinca said. "Currently we have 15 full-time employees and a lot of it requires hands-on training and service. We're not only about to lose our home but our mission is entirely compromised. We're about to lose everything."

They said helping people is their passion and purpose.

"The stories we've had from the students we have gifted laptops to have all been similar," Martincova said. "They rely on their very hard-working parents to take them to a library where they are limited in how much time they have to complete homework, or they try to do all of it on a phone. It's all very impossible situations and that's what drives us to do more."