Business 40 Closing in November; But DOT Is Shaving Months Off The Project

The original time frame for business 40 closure was to begin in November of this year and last 21 months," Pat Ivey with the North Carolina Department of Transportation said. "With this new agreement we've been able to accelerate that to 17 months possibly even 14-15 months 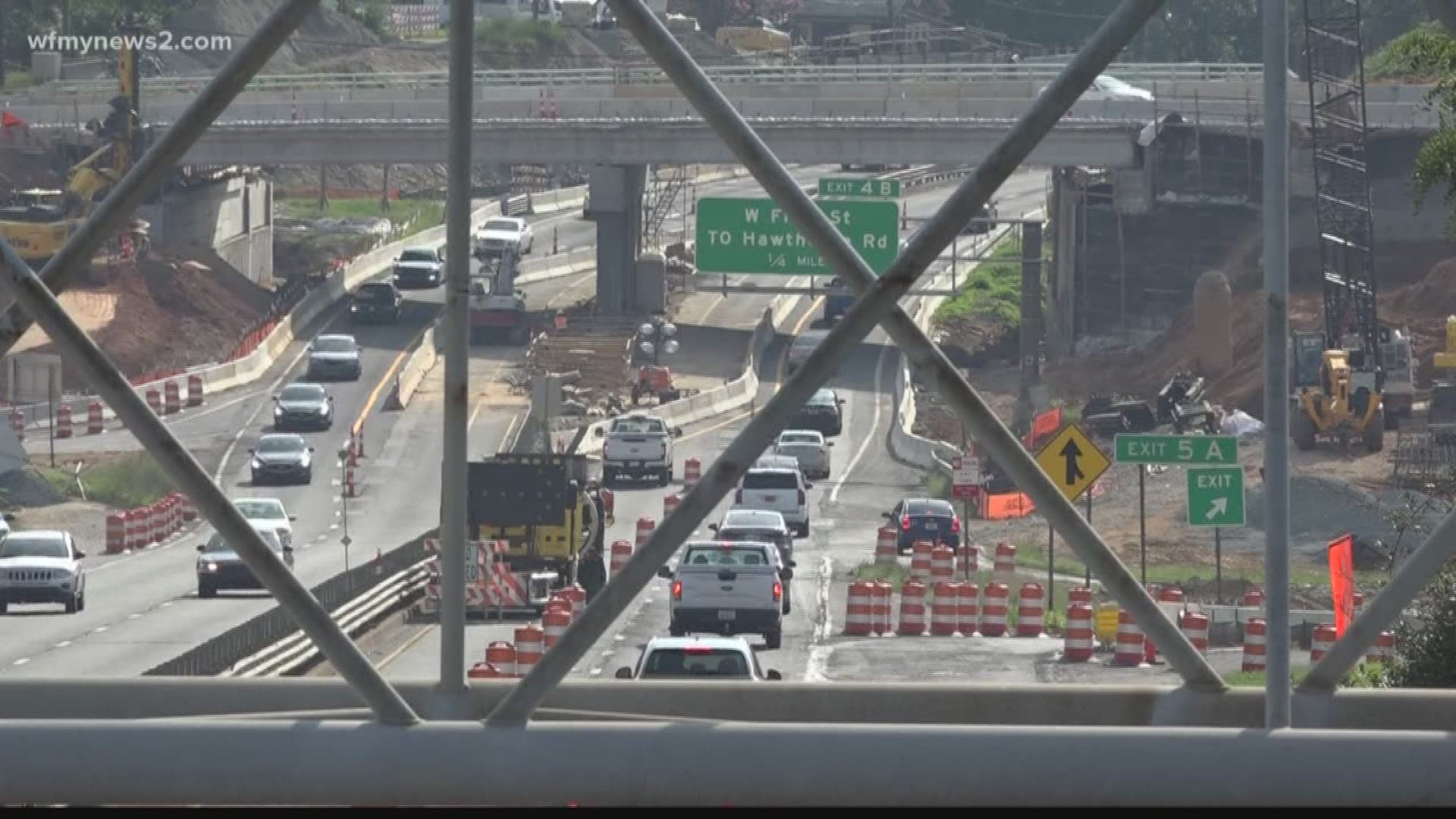 WINSTON-SALEM, N.C. -- Business 40 will be closing in Winston-Salem in November, but will reopen sooner than expected.

"The original time frame for business 40 closure was to begin in November of this year and last 21 months," Pat Ivey with the North Carolina Department of Transportation said. "With this new agreement we did with the contractor we’ve been able to accelerate that to 17 months possibly even 14-15 months which is a significant improvement from what we had before.

The agreement was between N.C. Department of Transportation and Flatiron Construction, the lead contractor.

NCDOT Resident Engineer Mezak Tucker said, “There are incentives to shorten the duration of construction to 14-15 months. The agreement will also speed up the opening of the bridges.”

The bridges which will be closed are on Church, Liberty, Cherry, Main, Green, Fourth and Marshall streets. Additional closures will be the bridges on Brookstown Avenue, the Strollway and the pedestrian facility on Green Street.

The incentives mean the road could reopen by January 2020. They're adding more workers to speed up the process.

"The closure was designed for two different phases the first begins at U.S. 52 to Marshall Street," Ivey said. "The second phase begins at Marshall and ends at Peters Creek Parkway. This change that we’ve worked out actually will allow them to do both of those phases at one time that’s how we’re able to accelerate it and get the road open much quicker potentially by the end of 2020."

The lane closures on Business 40 for the Peter’s Creek Parkway bridge construction was reduced from 45 days to 16. The second phase of that project is hopefully being reduced from 60 to 20 days.

NCDOT officials are urging drivers who normally use Business 40 to explore the area to find two new alternative routes to get to their destination. Detour signs will be posted, but having a back-up plan would be a good idea.

Drivers who normally use Business 40 to access downtown Winston-Salem will find that they need to use other routes to get to Broad, Cherry, Marshall, Liberty and Main streets.

Eastbound traffic on Business 40 will have the option to take Knollwood Street, Stratford Road, Cloverdale Avenue or Peter’s Creek Parkway to access downtown.

Westbound traffic to Wake Forest Baptist Medical Center will be able to exit at Cloverdale Avenue.

The exact date of the November Business 40 closure is unknown at this time. The DOT says they will announce the date in October.

But a concrete date to keep in mind - September 1st. Business 40 is narrowed down to one lane in each direction at Peters Creek Parkway those lanes should open back up September 1st.

Milton Rhodes has lived in Winston-Salem for 40 years and lives around Business 40. He says he's been to more than 300 meetings about the construction project and is pleased with how the DOT is handling it.

"It’s a sign of progress and I’m very impressed," Rhodes said. "I generally have taken the advice of DOT and stayed off 40."

He says his nearby street will be highly affected come the November shutdown.

"My little street is going to get between 6-8,000 cars a day where today it has about 500 cars a day and we’re preparing, all of us, for whats gonna happen when it closes which is now only going to be 14-15 months instead of two years."