Businesses had to close up shop early for the second night in a row. But some owners say they're seeing more customers during the day. 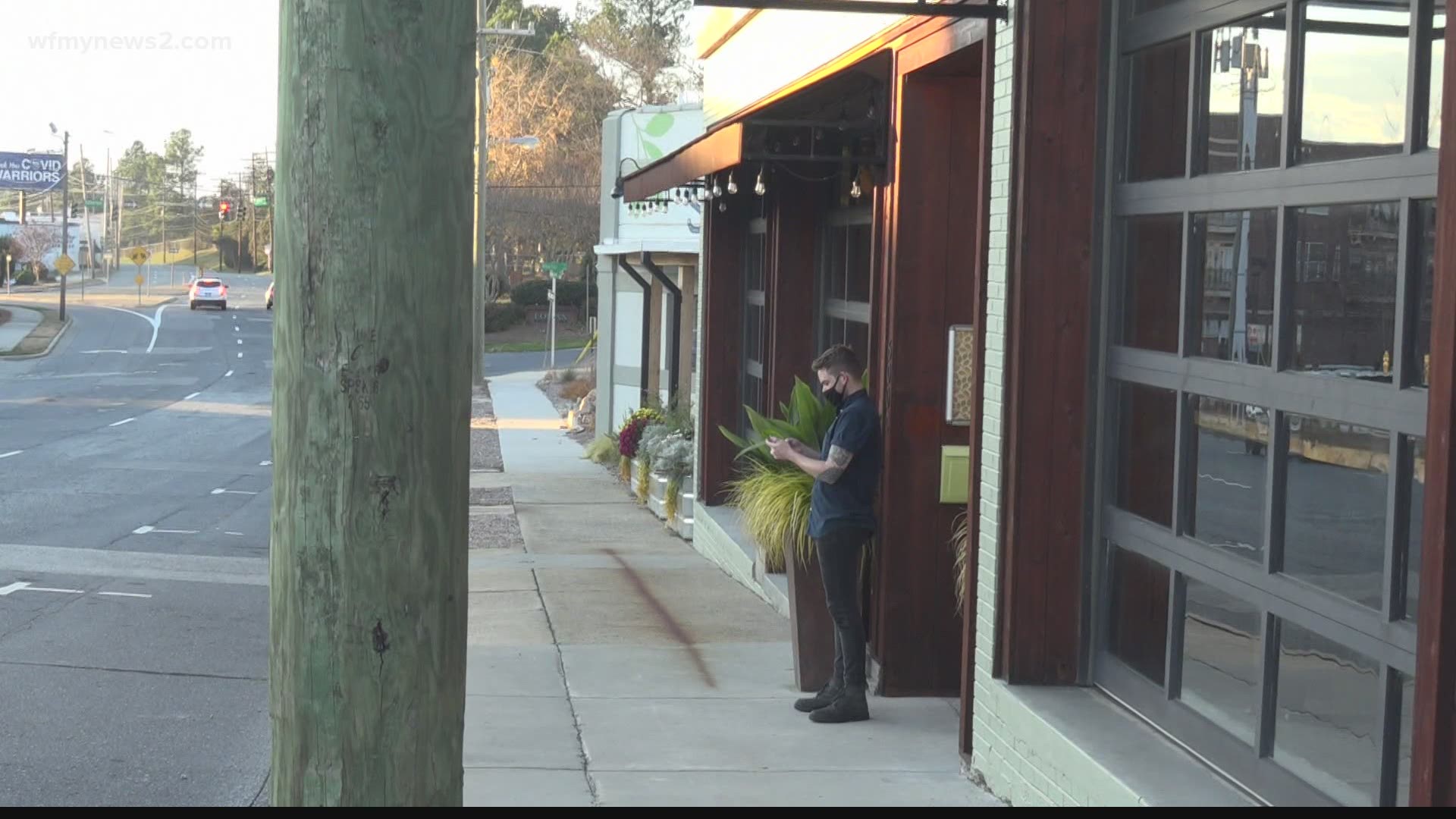 GREENSBORO, N.C. — Governor Roy Cooper has put a curfew in place where businesses must end alcohol sales at 9 p.m. and close by 10 p.m.

The Triad is wrapping up night two of the new stay-at-home order.

People began bar hopping at places like Greys Tavern and McGee Street Bar as early as four in the afternoon.

Machete Kitchen and Cocktail executive chef Kevin Cottrell said they had a rush of guests Friday, the first night of the new order.

“We got a lot more walk-ins than usual earlier in the night, around 5 and 6," Cottrell said. "There’s people trying to make it out before a shut down. We don’t know where we’ll be in a few weeks.”

The Battleground Avenue restaurant did miss out on an hour of alcohol sales.

“During that last hour we have a lot of alcohol sales. We’re losing a little financially,” Cottrell said. "We are hoping in the future to do curbside cocktails or cocktails to go, as something to help us increase our sales.”

At Country Side Bowling Lanes in Kernersville the manager Steve Mendek said they'll have to turn away their late night bowlers and lose money in alcohol sales.

"With alcohol only being sold until 9 that will impact us, Mendek said. “It will lower our revenue and will not help us get to where we need to be.”

Mendek said they’re already seeing half the families they typically do.

Saturday will be their first night closing at 10 p.m. and they’re regulars aren’t happy about it.

“We’ve had some people say they’re upset, ones who come out late at night but they understand too,” Mendek said. “It’s not our decision. So were going to abide by that.”

Mendek said he’s staying optimistic though, because of their bowling leagues and the vaccine that’ll soon roll in.

Even with a vaccine on the horizon this curfew will be in effect for the next month to slow the spread of the virus.