'It’s a big test for everyone,' Not all Triad businesses are planning to open on Friday even with a Phase 2 green light

More businesses will be allowed to open when Phase 2 starts on Friday, but some will wait it out to be cautious. 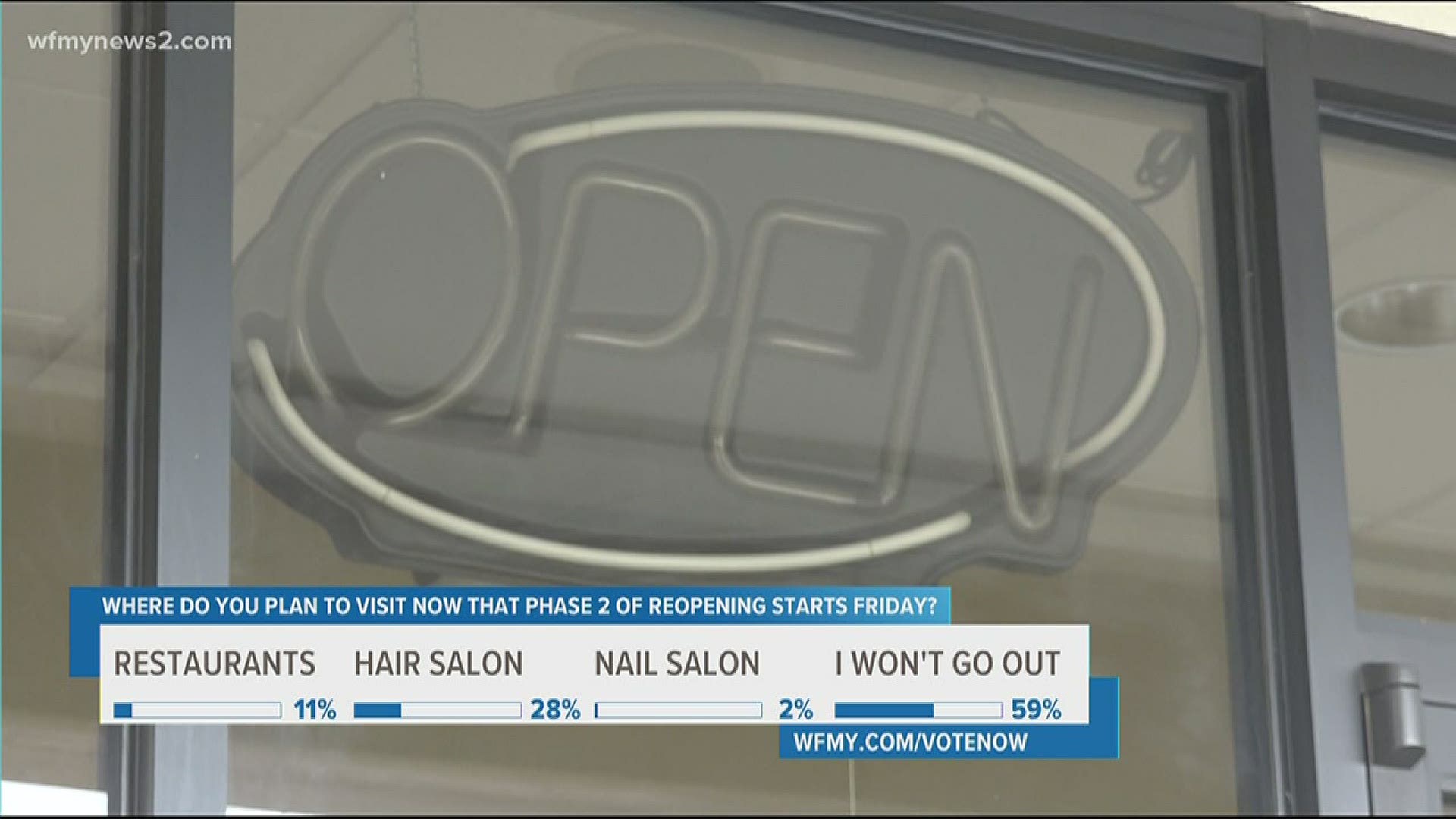 GREENSBORO, N.C. — Some Business owners got the word they’ll be able to re-open Friday.

However, not all business owners plan to welcome back customers just yet.

"It’s a big test for everyone this is a huge social experiment that nobody’s ever gone through before and we want to make sure we have we have all of our standards in place," Speaker said.

Speaker said they plan to keep running the business with curbside only until June 3.

Manager Eddie Shi at Golden Wok on Birdford Parkway in Greensboro said their dining area only seats about 38 people so they’re holding off and encouraging take out.

Shi said they’re only allowing three people in the restaurant at a time to grab their take out orders until they feel it's safe to open their dining area.

“I moved the counter and we have wipes and sanitizer," Shi said.

Parkers Home Cookin' restaurant owner Jerry Joiner said following the governors guidelines for phase 2 would be too difficult to do.

"Not only that I’m afraid it’ll make people mad if we let some in and then we say well you can't come in right now and all that," Joiner said. " I just don’t want to go through that."

WFMY News 2 reached out to salons as well.

Pink Spa Nails on Highwoods Boulevard in Greensboro  is not opening Friday.

They're requiring mask and discouraging any extra guest.

RELATED: Salons and barbershops open in Virginia while North Carolina stylists and barbers are still waiting