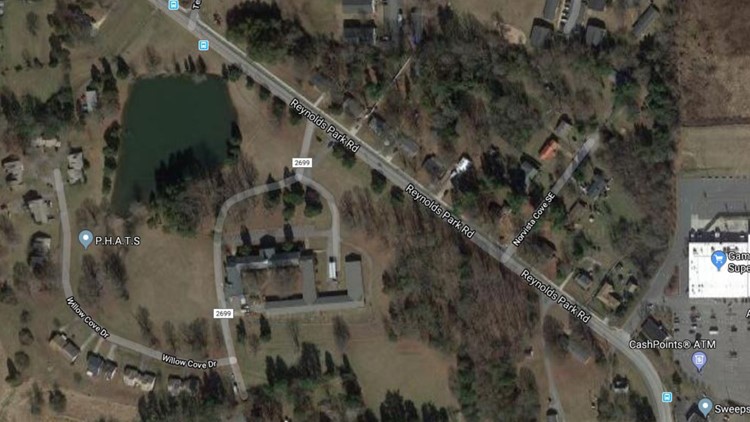 Photo by: WFMY News 2
Google maps image of the pond where a vehicle was found early in the morning by Winston-Salem police on January 16, 2020.

WINSTON-SALEM, N.C. — Authorities have confirmed an SUV found Thursday morning in a pond in Winston-Salem is connected to a police chase in Forsyth County.

Forsyth County Sheriff's Office says the incident started after deputies responded to a call about a suspicious vehicle around 1:30 a.m. in a parking lot on Martins Trail Circle in Walkertown.

When deputies attempted a traffic stop, four suspects took off in the SUV leading a chase into Winston-Salem.

Two suspects got out of the SUV and ran but were later caught. Authorities are still searching for the two other suspects involved in this incident.

Winston-Salem police located the vehicle a short time later after they got a call about a car in a pond near Reynolds Park Road, 10 minutes east of downtown Winston-Salem.

No one was inside the SUV, but investigators confirmed the vehicle involved was involved in the earlier chase.

If you have any information about this incident, Winston-Salem Police ask that you call 336-727-2800.

RELATED: Police investigating a homicide after man, woman were found dead inside car down an embankment

RELATED: Mom's car stolen as she was picking up child from daycare, police say