In the video, the male driver of the vehicle steps out and looks around, and then breaks the back window. 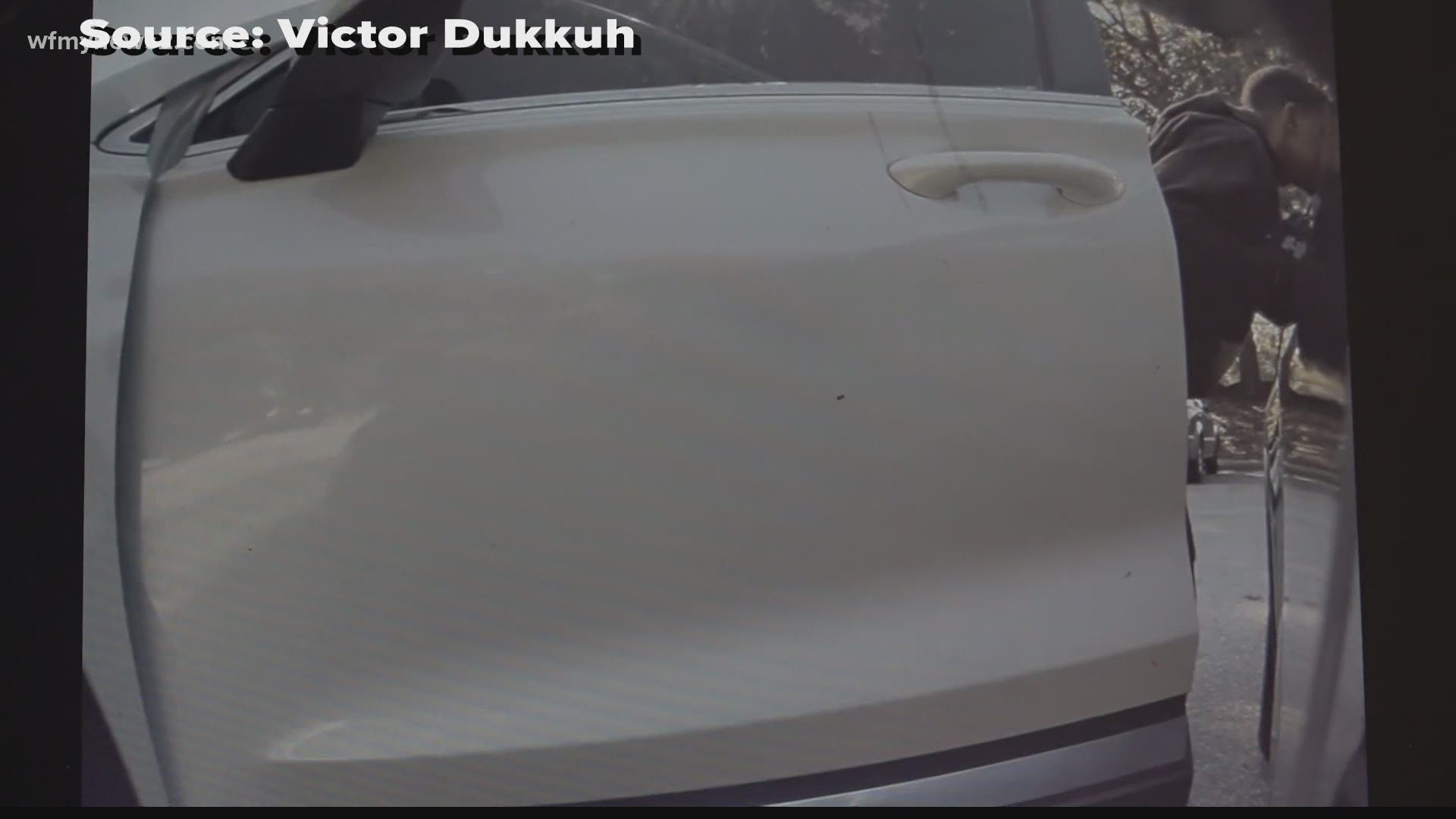 GREENSBORO, N.C. — Video caught a man breaking into a Tesla at Country Park in the middle of the day last week. The incident happened on Oct.14 around 3:30 pm.

The car owner and a friend were at the park for their regular walk. They had barely been gone from the vehicle when the car owner began getting alerts on her phone.

"Her alarm went off on her cellphone, and so she looked at it and said, 'Oh my car alarm is going off,' but we really didn't think anything of it," Victor Dukkuh said.

Dukkuh and the car owner decided to cut their walk short and turn around toward the parking lot.

"Ten minutes later, we got to the car and noticed that somebody broke the back window and got into the car and got away with her belongings," Dukkuh said.

RELATED: 16-year-old arrested in the break-in, sexual assault of a woman in her Winston-Salem apartment

Dukkuh said they checked the car's security video and it showed a man in a white SUV pull up next to the car.

In the video, the man steps out of the SUV and looks around. The man then takes a device out of his pocket and breaks the window. Shards of glass can be seen flying.

He then leans into the car and grabs the victim's things, gets back into his SUV, and drives off. The duration, from when the white SUV pulled up next to the car to when it drivers off, was less than 40 seconds.

RELATED: 'Lock it or lose it' | Greensboro police warn against leaving valuables in unlocked cars

Little did the man know something was watching and would later be provided to the authorities as evidence.

"Apparently the car has a security system called a Sentry (mode) system where if anybody comes in close proximity with the car the camera starts recording, so you could see his face clearly," Dukkuh said.

There was a second car at the park that was broken into around the same time.

Anyone with information about the break-ins is asked to contact Greensboro police at 336-373-2496. 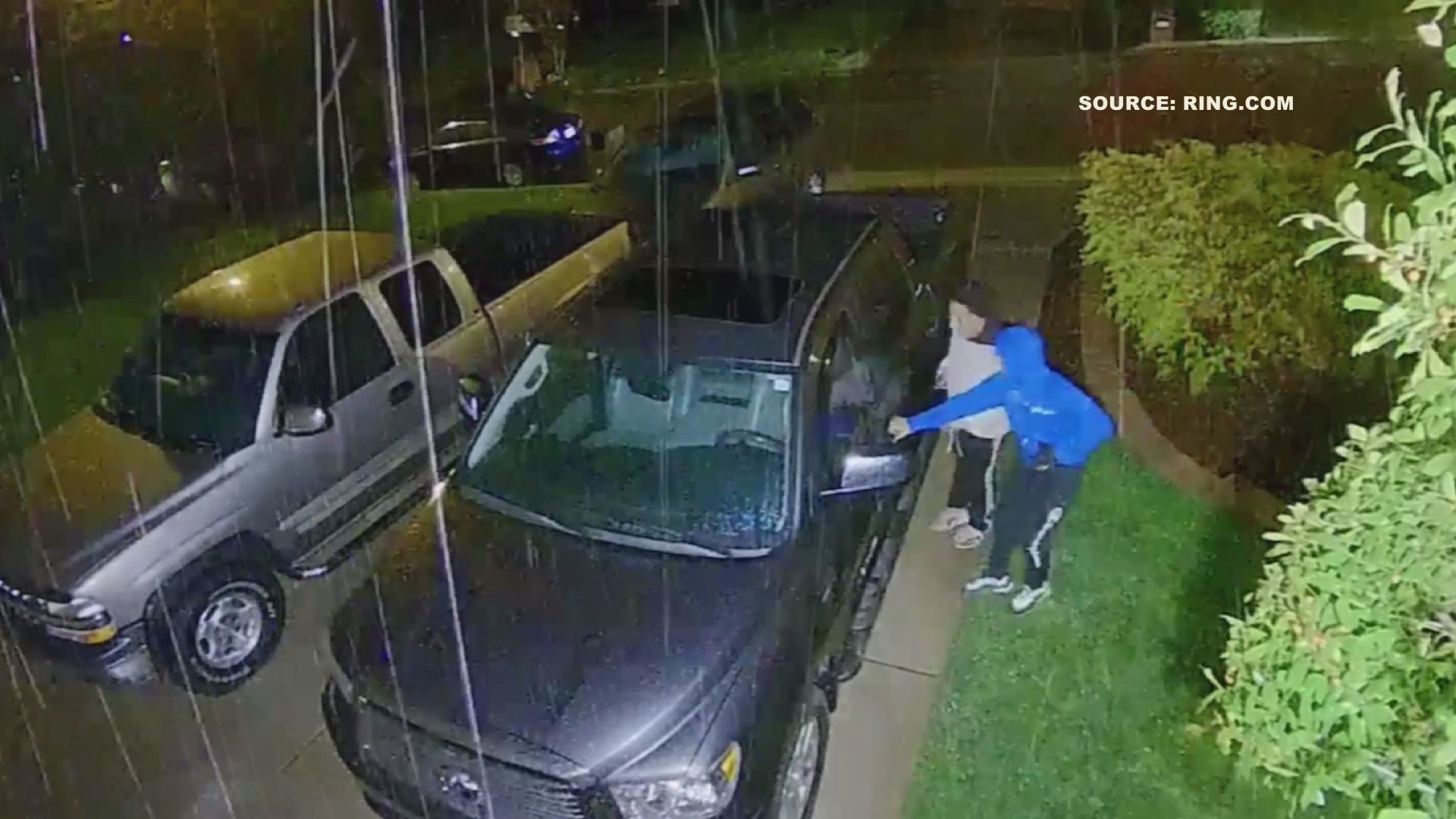