Chris Simpson's home was also destroyed by trees in 2018 when Tropical Storm Michael swept through the Triad. 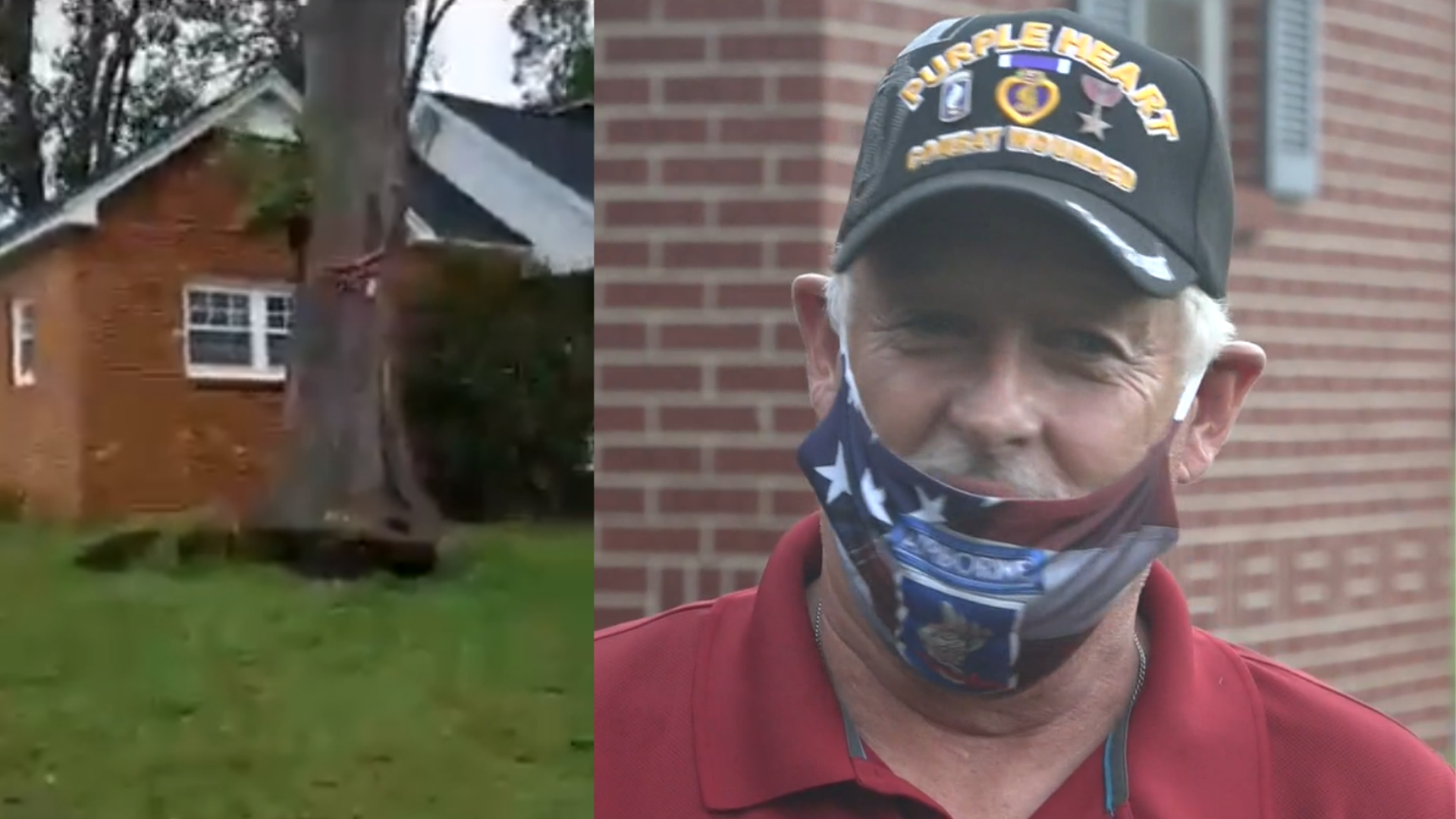 SUMMERFIELD, N.C. — For the second time in two years, the Simpson family home was destroyed by trees.

Thursday's wind gusts brought down a tree outside Chris Simpson's home off US-158. It not only landed on his roof, it fell through his living room.

The very moment the massive trunk uprooted and crashed into the house was caught on camera by Chris' cousin Ron Simpson.

"Uh oh," Ron said in the video as he watches the collapse unfold outside.

"Crap, it's coming out the ground! Here it goes, here it goes!"

WFMY News 2 spoke with Ron later that afternoon. He says his cousin asked him to go check on the hundred-year-old tree. While outside the house, Ron called his cousin - as he recorded the video on another phone.

"They said it was cracking, and so I went over and we stood there and watched it," Ron recalled, "[Chris] was saying, do you know anybody who can come over there and cut it down on the top real fast? I said, no. [The tree] went before he could almost get that out."

Chris said thankfully no one was injured. His daughter and others were outside when it happened.

WHOA!!!! Watch a tree uproot and fall into a Summerfield home. The family tells me the same thing happened to them 2 years ago. 😢@WFMY pic.twitter.com/HxBgBzfrQP

Officials are still assessing the damage.

Chris said four trees had already ruined his home in 2018 when Tropical Storm Michael swept through and they had to rebuild.

Now he'll have to rebuild again.

The home has been in his family for generations.

Chris said his faith will get his family through this. 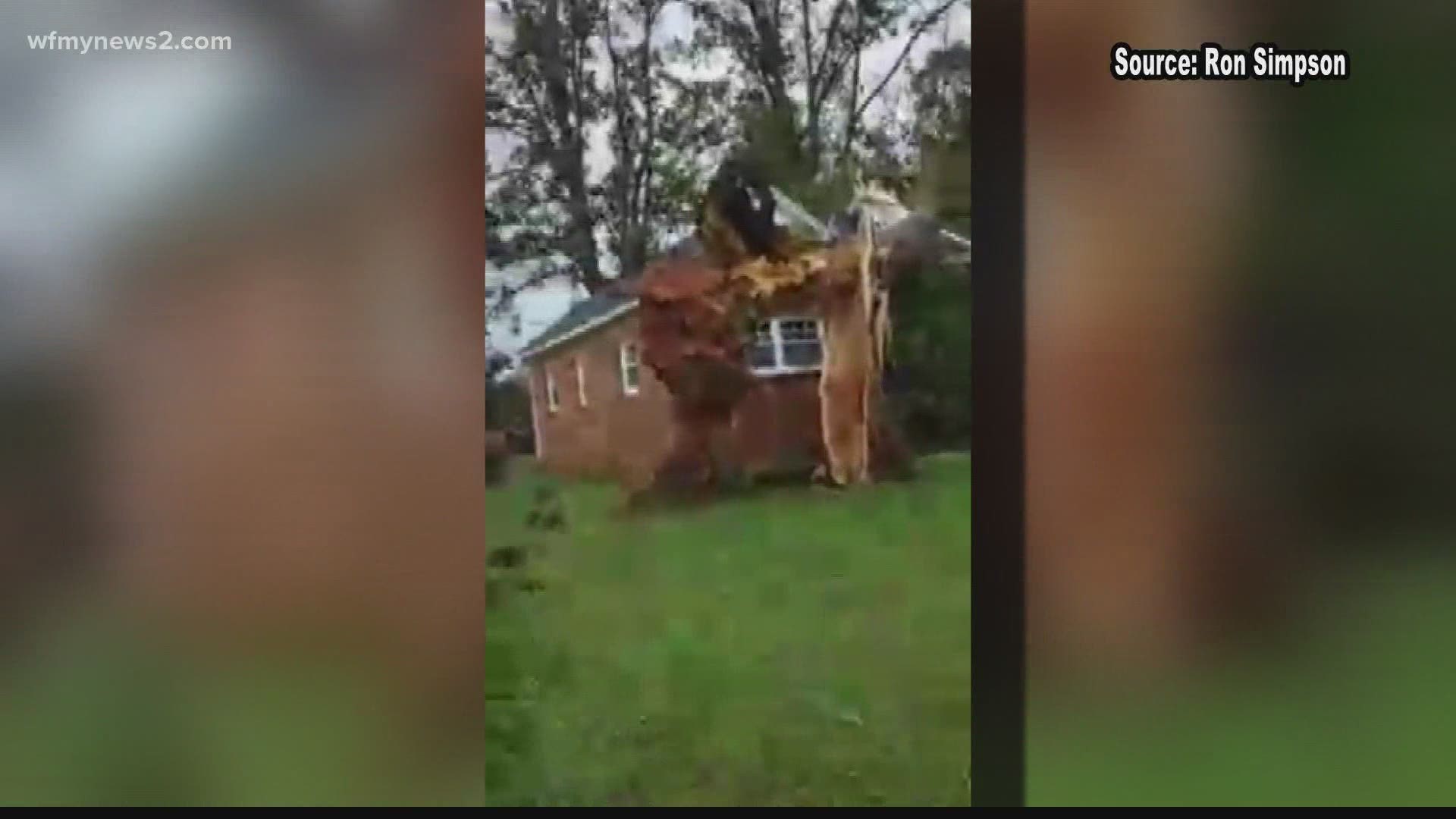 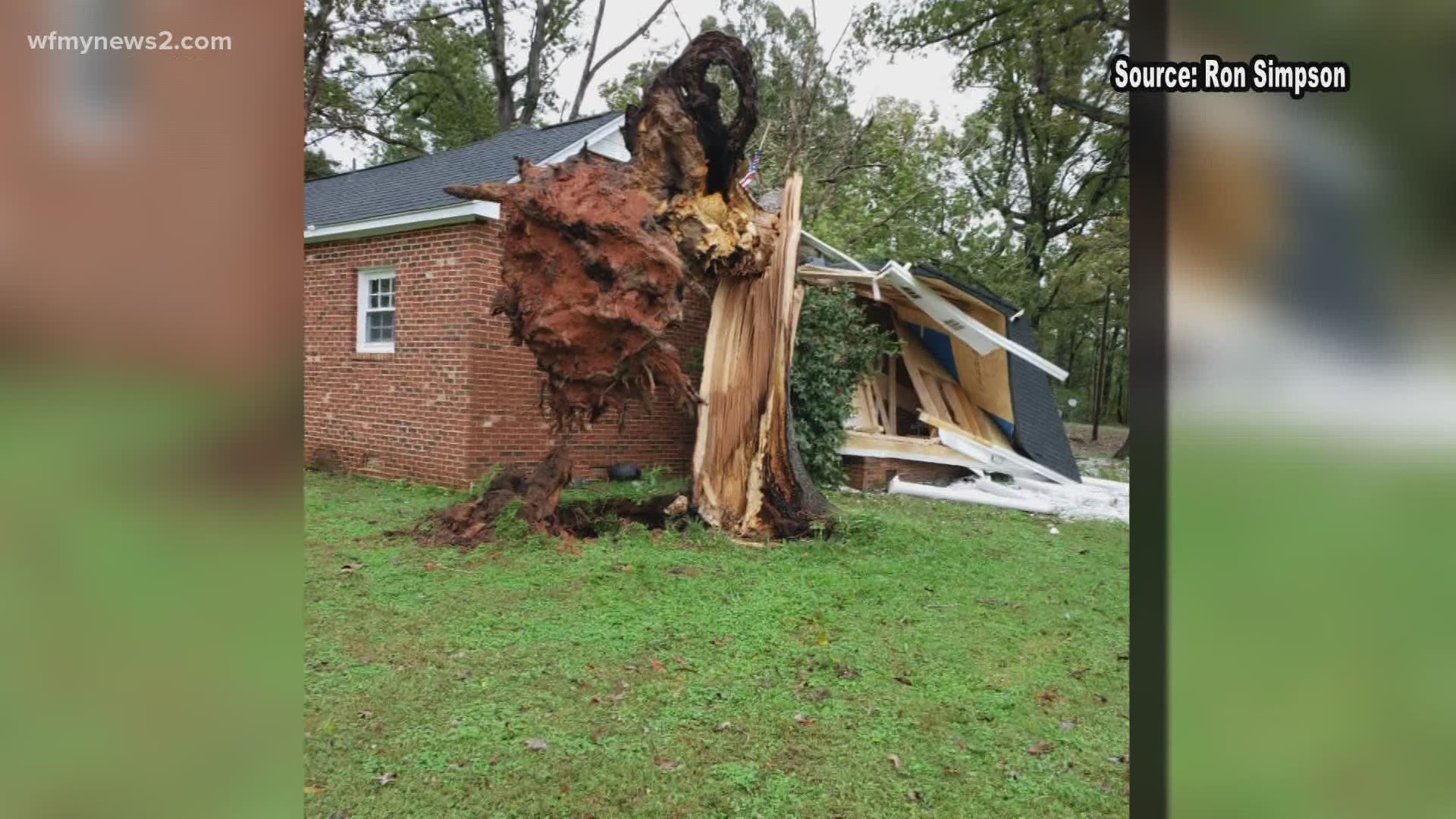