Changes Coming to Hot Spots on Elm Street in Greensboro 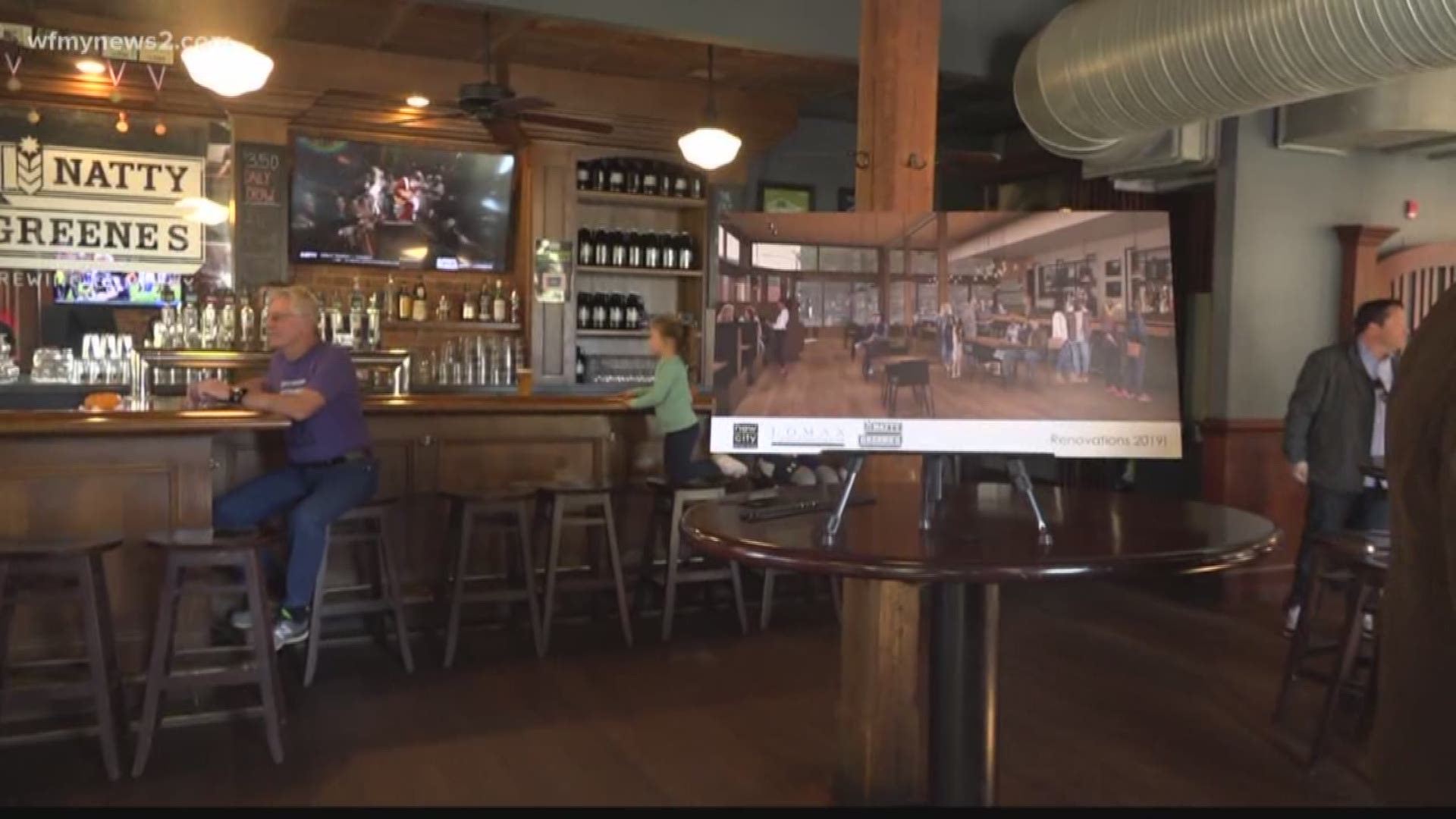 GREENSBORO, N.C. — Downtown Greensboro is booming and a lot of the action is happening along Elm Street. Natty Greene's announced a makeover, and Centric Brands is officially open.

At Centric Brands, 90 people already moved in this past Monday, and next Monday, another 150 people will move in. That means over 200 more people will be working in Downtown Greensboro.

Centric Brands is made up of apparel fashion brands. Matheny says about 10 or 12 brands are partnered together in the name.

"It's the largest, non-manufacturing jobs announcement that Greensboro has seen, quite frankly Guilford County has seen, in well over 30 years," said Matheny, "So, this is a huge addition, not only to Downtown Greensboro but the Triad as a whole."

Just a block and a half away, a staple of downtown Greensboro announced renovations.

Natty Greene's will make changes and revamp their first and second floor over the course of 60 days. In 2020, they'll also make changes to the third floor and patio area.

Natty Greene's will stay open during the renovations. They plan to section off parts where construction is taking place.

"Fifteen years ago we saw such a resurgence I think we’re just scratching the surface of what we're going to be in the next 15 years," said Natty Greene's owner Chris Lester.

These changes are something to get used to, though.

Matheny says over the next 15 years, Greensboro's skyline and feel, will only get better.

Also having its grand opening in Greensboro this weekend: SouthEnd Brewing Company on Lewis Street. Owner Eric Kevorkian tells WFMY News 2 he wanted to open up now, as things are starting to grow.

"It's super exciting. We are just thrilled to be a part of the community," he said, "We named our business SouthEnd Brewing because well, that’s where we are, and it’s our neighborhood. We have tried to structure this to be a place for the community to gather and share plates and share beers."