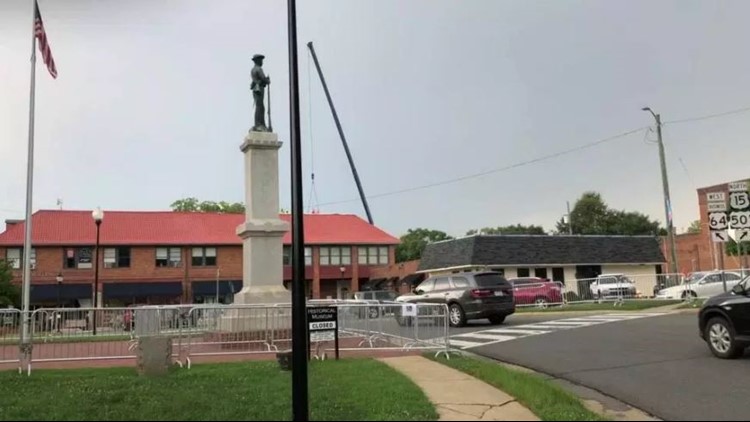 PITTSBORO, N.C. — Chatham County Commissioners have voted to remove a Confederate monument located at the historic courthouse in Pittsboro.

According to WNCN, Chatham County Commissioners voted 4-1 in favor to give the Winnie Davis Chapter of the United Daughters of the Confederacy (UDC) a plan to relocate the statue.

The group has until October 1 to come up with a plan. Commissioners said if the plan isn’t presented to them by the deadline, then the statue will be declared public trespass on November 1, 2019.

WNCN reports, in June commissioners and the UDC signed an agreement to work with the board on a “reimagining” of the monument that’s dedicated to “Our Confederate Heroes.” However, a county commissioner said the UDC walked away from discussions about modifying the statue despite signing the agreement.

Barbara Pugh, president of the Winnie Davis UDC, said she had no comment about commissioners’ vote, or why the UDC ended talks with them.

The statue has been there since 1907.

RELATED: VERIFY: Is Damaging A Confederate Monument A Hate Crime?