The plan is to work on a new city ordinance ensure the scooters can be used safely before bringing them back. An ordinance draft is expected to be completed by January. 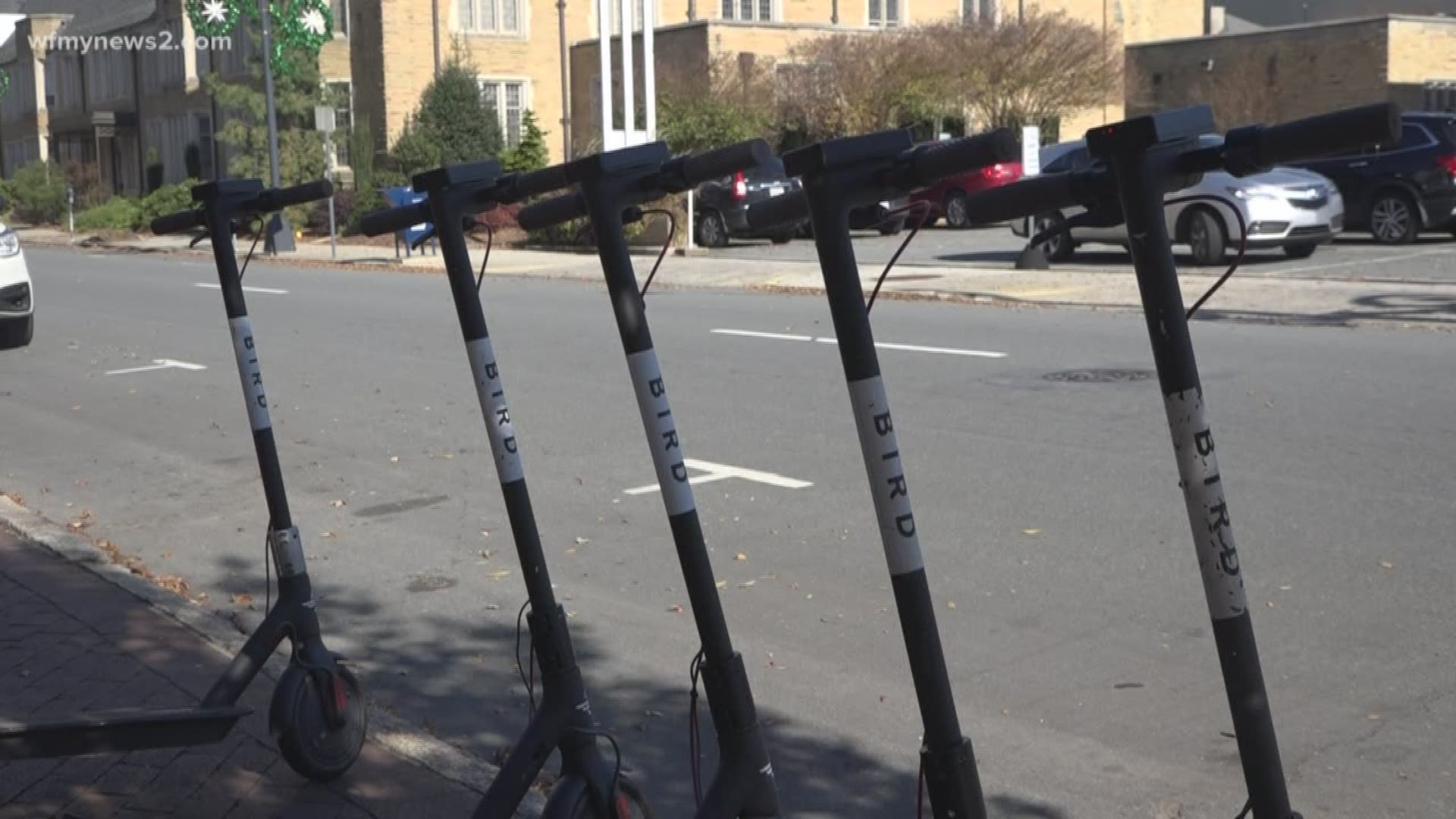 WINSTON-SALEM, N.C. -- City leaders in Winston-Salem voted to ban Bird Scooters Monday night, at least until they come up with a plan to regulate them.

The City's Public Safety Committee voted 3-1 to ban the dockless scooters that arrived in the city over the summer. That means all scooters must be removed from the city.

Bird has until 12 p.m. Tuesday to remove the scooters or the City will start impounding them.

The city of Winston-Salem has already impounded dozens of Bird scooters after banning them last night @WFMY pic.twitter.com/O2QPOkokWe

The @CityofWS says Bird has until noon today to remove scooters from the city or else they’ll be impounded. This stems from a temporary ban put in place last night @WFMY pic.twitter.com/Bg1j1nm5Ae

This comes after city leaders say they've received many complaints and safety concerns about the scooters. Some of the complaints include: riding on sidewalks; riding against traffic; riders not wearing helmets; scooters blocking sidewalks.

The plan is to work on a new city ordinance ensure the scooters can be used safely before bringing them back. An ordinance draft is expected to be completed by January.

"Scooters are absolutely going to be back to stay," says Assistant City Manager David Dequenne. It is a viable transportation method. Just having them show up without any discussion interaction or the ability to regulate their use is what really has spurred the councils safety concerns and this will give everybody a chance to take a look back and put the proper elements in place for a successful implementation of this transportation mode."

WFMY News 2 reached out to Bird about the ban and who they think should be responsible for using them safely.

A spokesperson sent a statement via email:

"In the time since Bird first landed in Winston-Salem, people throughout the city have embraced our service as a way to get out of their cars and more easily get around town. It is deeply concerning that despite the popularity of Bird, and its contribution to the local economy, that City Council has decided to force a pause of our service. Bird's transportation solution has helped the city reduce traffic and carbon emissions, it is a service residents have come to rely on, and it is provides opportunity for individuals to earn supplemental income through our charger and mechanic programs. An abrupt end to this service needlessly disrupts a system that was working well for the people of Winston-Salem. We hope that city officials will remedy this decision and ensure Bird remains part of the city's fabric." - Bird

The city of Greensboro banned Bird scooters earlier in November, amid similar safety and regulatory concerns.