The walk and protest was organized by the family of Luke Stewart, who was killed by a Euclid police officer in 2017. 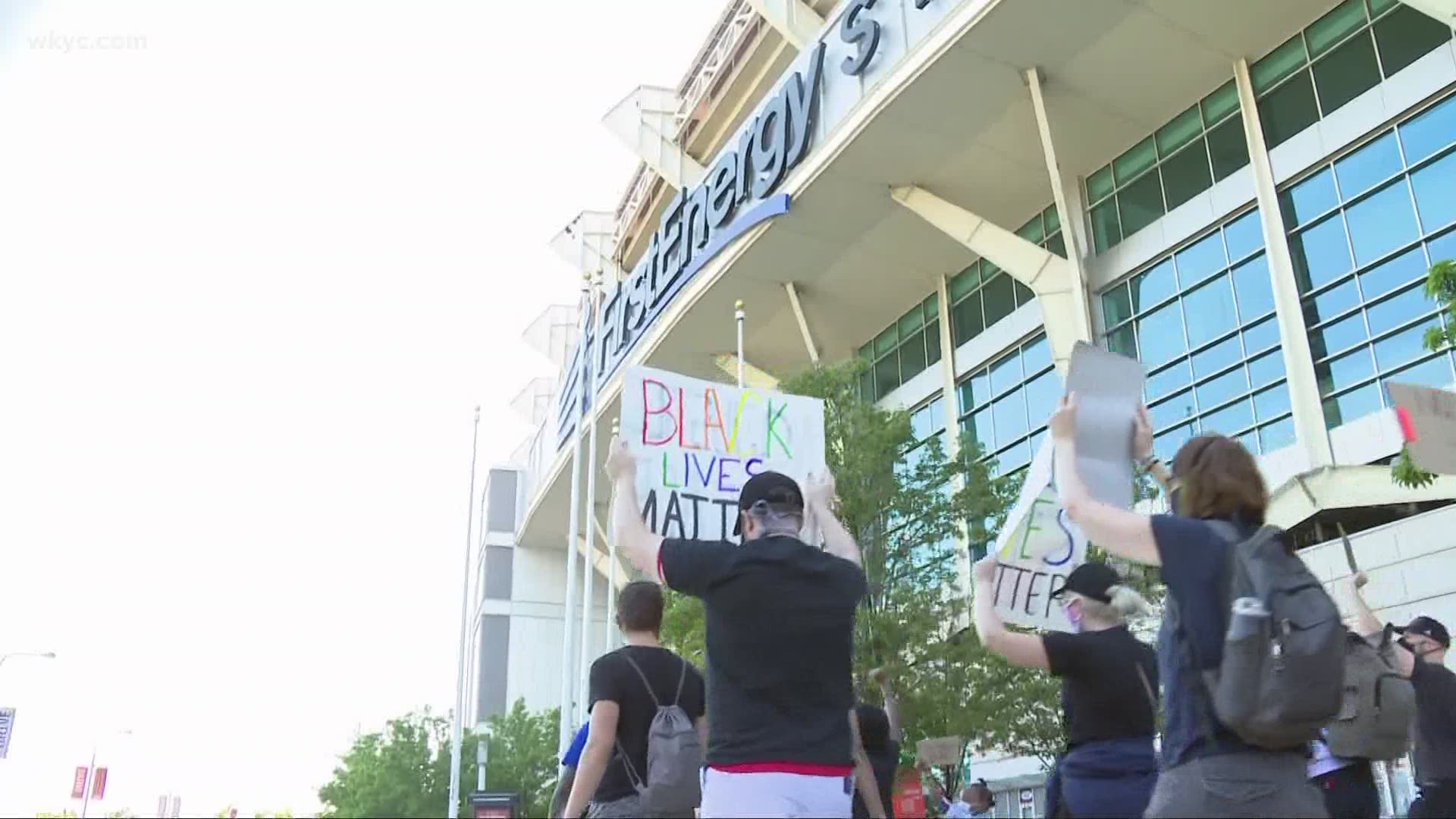 The event, called 'This Is Why We Walk,' was organized by the family of Luke Stewart, who was killed by a Euclid police officer in 2017. Police said they were checking out a car when Stewart tried to drive away. Both officers involved were cleared of any wrong doing.

"For us, when we close our eyes and think about Luke being killed, and being shot five times, three times in the chest, once in the palm of his hand, and once in the neck, there’s no way that should not appear to be excessive," Stewart's cousin Jocelyn Smith told 3News' Andrew Horansky.

A neighbor had reported a car parked on her street early in the morning with its lights on. When police arrived, they found Stewart asleep.

But next, they found marijuana, then traced the car to a man with a warrant who wasn’t Stewart. It was his driving, a judge later ruled, that justified the shooting.

Today that officer still has a job.

Which brought us to Friday night and a peaceful march for Black Lives Matter. It began outside FirstEnergy Stadium and ended outside the Justice Center.

Unlike the violent clashes of weeks ago, the crowd kept calm as police closed streets and kept them safe.

And as Stewart’s family, who organized this, hopes no one will forget the father of two they loved so much.

"Unfortunately, we are in an environment in which we get outraged when these things happen, and then we go back to our day to day lives, and it’s like we kind of wait for the next time to be upset."

Joseph Delguyd, the attorney for the Cleveland Police Patrolmen’s Association, said checks and balances are in place that will prevent future police killings of unarmed black citizens -- like that of George Floyd in Minneapolis -- from happening here.

Henton complained that Cleveland’s police department is not transparent and reforms promised in 2015 deal between the city and the U.S. Justice Department are moving too slowly. He also blasted the current and past leader of the police union.

Watch the rally again in the player below:

Delguyd said officers are unfairly painted by a broad brush. He said they are honest, hardworking and underpaid. He said officers who don’t live up to the standards of the department are disciplined.

In the meantime, investigators are continuing to probe the events that led to violence during the May 30 George Floyd protests in downtown Cleveland. The Cleveland Division of the FBI announced the arrest of Tandre Buchanan, Jr. on Friday morning. Authorities say he was taken into custody without incident on Thursday at his place of employment in Garfield Heights on a federal warrant for interference with commerce by threats or violence.

RELATED: Man arrested for alleged role in Cleveland ‘civil unrest’ amid May 30 protests

RELATED: Pennsylvania men indicted on rioting and firearms charges during violence in Cleveland on May 30