Forecasted shortage of new cars in all of 2021 nearly doubles, according to firm

Global consulting firm AlixPartners forecasts that the production of 7.7 million cars will be lost in 2021, up from 3.9 million in its May forecast. 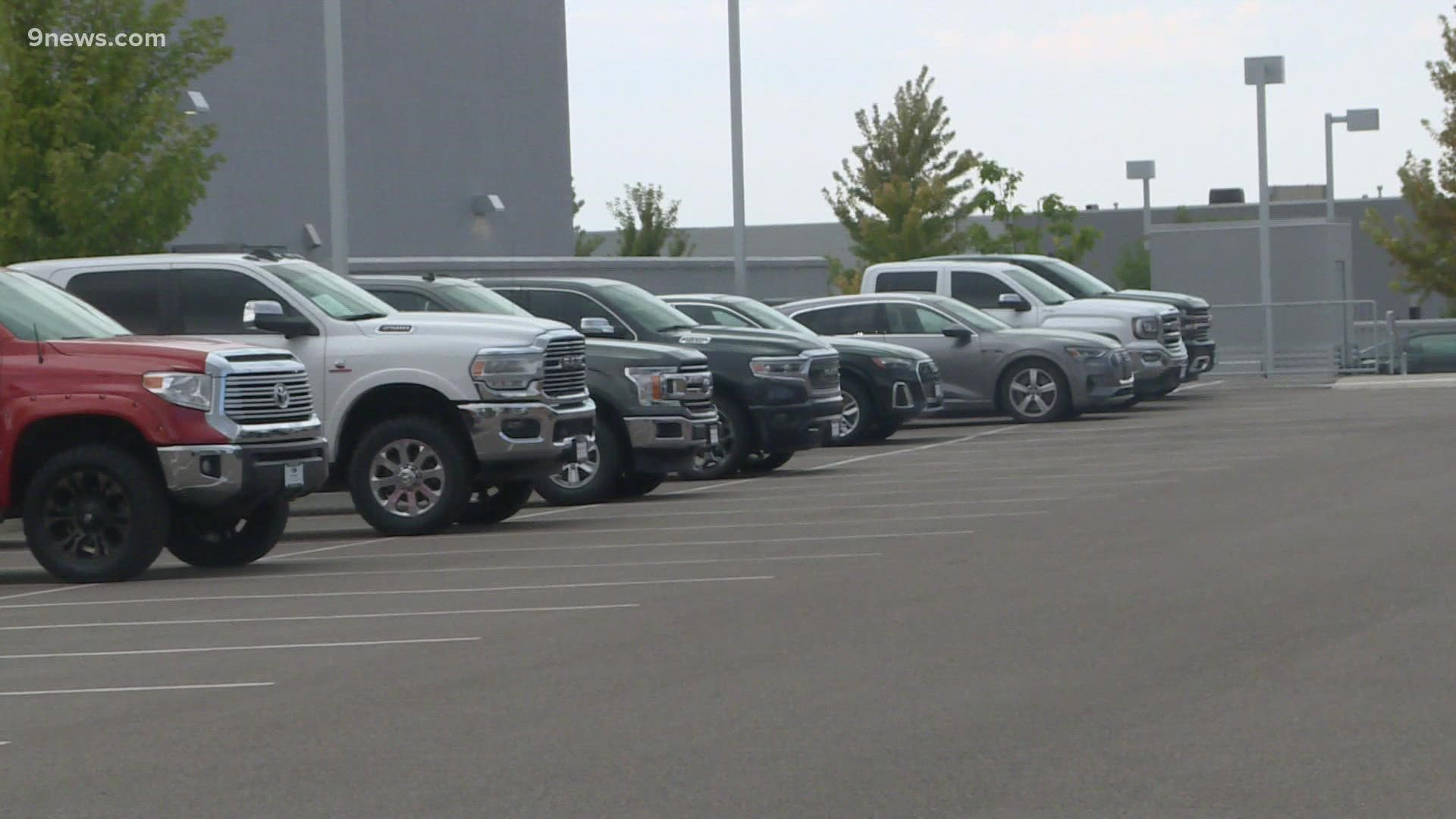 LITTLETON, Colo. — A computer car chip shortage, coupled with supply chain issues, has led to a shortage of new cars for a while now. But a recent update to AlixPartners' forecast on the auto industry shows the shortage of the production of new cars is worse than initially thought.

In a release last week, the global consulting firm said they're now forecasting the production of 7.7 million units will be lost in 2021, which is nearly double from 3.9 million in its May forecast.

Additionally, the updated estimate shows the shortage will cost the industry globally $210 billion in lost revenues this year, up from the initial May estimate of $110 billion.

"So for consumers, just means dealers are out of cars," Tim Jackson, the President and CEO of the Colorado Automobile Dealers Association, said. "Dealer lots are empty, and you can't get any more empty than just empty. We have dealers in Colorado who are sold completely out of every last new car on their lot. And that makes the selection process very difficult to nearly impossible."

The good and the bad

For dealerships like McDonald Automotive Group's Audi dealer in Littleton, their inventory of new cars is reduced by about 70%.

"Typically here at the Audi Denver store, we have between 350 and 400 cars in inventory. As of this morning, we had three," said Steve Powers, the VP of Operations for McDonald Auomotive Group, referring to new car inventory.

In general, he said, the fact that they're short in inventory doesn't exactly point to a negative area in their business, but actually shows that profitability is up.

"We're one of three dealers in the United States to have what they call 100% burn rate, which means at the end of August, we sold every single new car that we had available to us. That had never happened in our company history and certainly hasn't happened in our history as well," Powers said.

He said this could point to a change in the industry.

"The dynamic of the automobile industry is part volume and part profitability. And although the volume is down because demand is high with low volume, profitability happens to be up," he said. "So what we're learning is the model might forever change that. There's really no reason to have 300 or 400 cars on hand. It appears like the industry might be moving towards less on the ground, more of an opportunity for people to come and order what they want, get what they want and happen to wait for it."

The longer wait for customers could also help with getting the exact car a customer wants, Powers said.

On the other hand, he acknowledges there are potential downsides to the shortage, including higher prices for the exact car desired, and stress on car salespeople.

"The reduction in inventory is stressful for the industry. Specifically, the people that work for us, you know, this is how they make their living, off of selling cars. And in a lot of cases, volumes of cars and in most cases on an average salesperson, it's been cut into a third," he said. "So it is difficult, but we see light at the end of the tunnel. We know that this is probably the hardest pain point that we're in right now. We know it's going to get a little bit better in November and December. When this first started, we were told it would repair itself by quarter four. And we now know that's not the case. It's going to get better in quarter one, quarter two, maybe back to normalcy in quarter three and quarter four."

The outlook into next year

Jackson with the Colorado Automobile Dealers Association said the car shortage isn't just because of a shortage of computer chips.

"We know that aluminum is short, steel is short. Even foam for the dashes is short, and electric wiring harnesses for the cars are becoming short for some brands," he said. "I think the problem will evolve from just a microchip shortage and inventory problem to a supply chain shortage in general, and a massive inventory problem."

He said there are dealers that are completely sold out of every last new car on their lot, and that two to four months has been a normal wait time in some cases.

"Be patient. If you have a late-model used car in your driveway and you have available that new car that you want, now would be an excellent time to trade. But if you don't have the one that you're looking for, now's a good time to keep that late model used car. It's not going to significantly change in price," Jackson said.

Jackson said now, the question is how fast the problem could resolve itself.

"So now the factories just--they've got all these orders in their order bank. Now they've just got to find a way to fill them," he said.

He said they do expect the shortage will adversely affect markets into 2022, and maybe even into 2023.