"While this certainly is the last official act -- it certainly is going to be the beginning of a long time of healing," said Mayor Nancy Vaughan. 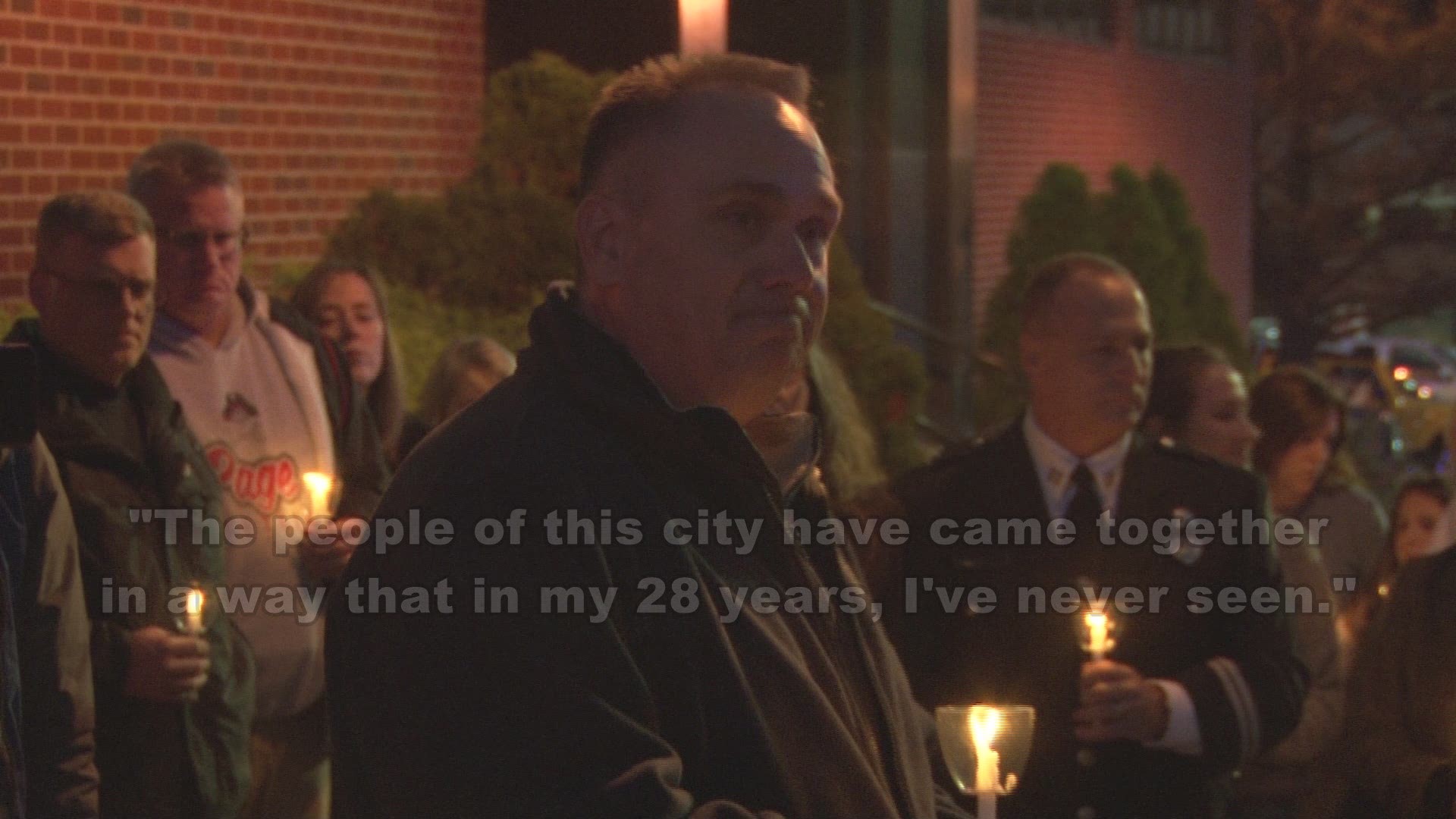 GREENSBORO, N.C. -- — "The people of this City have came together in a way that in my 28 years I've never seen," Greensboro Police Chief Wayne Scott, began the Vigil thanking the community, who is coming together one more time.

"While this certainly is the last official act -- it certainly is going to be the beginning of a long time of healing," said Mayor Nancy Vaughan.

Officer Jared Franks being remembered all week, after dying in a crash investigating a robbery.

It all lead up to Sunday night with one last goodbye.

"I hope, and I pray the the Franks family will remember that we are all one big family. We will move on as the weeks go on, but we will not forget," said Chief Scott.

The Franks family spoke to a crowd of about one hundred, giving a heartfelt thank you.

"Our hearts are warmed beyond words by the love and compassion of our family, and our Greensboro Police family and this community. It just means so much to us, and we will be forever grateful to each one of you," said a member of the Franks family.

As the night wrapped up, a special song broke out. Performers from The Carolina Theater made their way over, and shared their condolences the best way they knew how.

"I once was lost, but now I'm found. Was blind, but now I see," could be heard throughout the street. The performers sang Amazing Grace to the family of Franks.

Franks was a sworn Officer for less than a year, and was only 24 years old. He went to Western Alamance High School, and graduated from Burlington Christian Academy.

Franks then went on to Western Carolina University.