After a gun was found Wednesday at Grimsley High School, parents tell News 2 they are concerned with sending their kids to school. 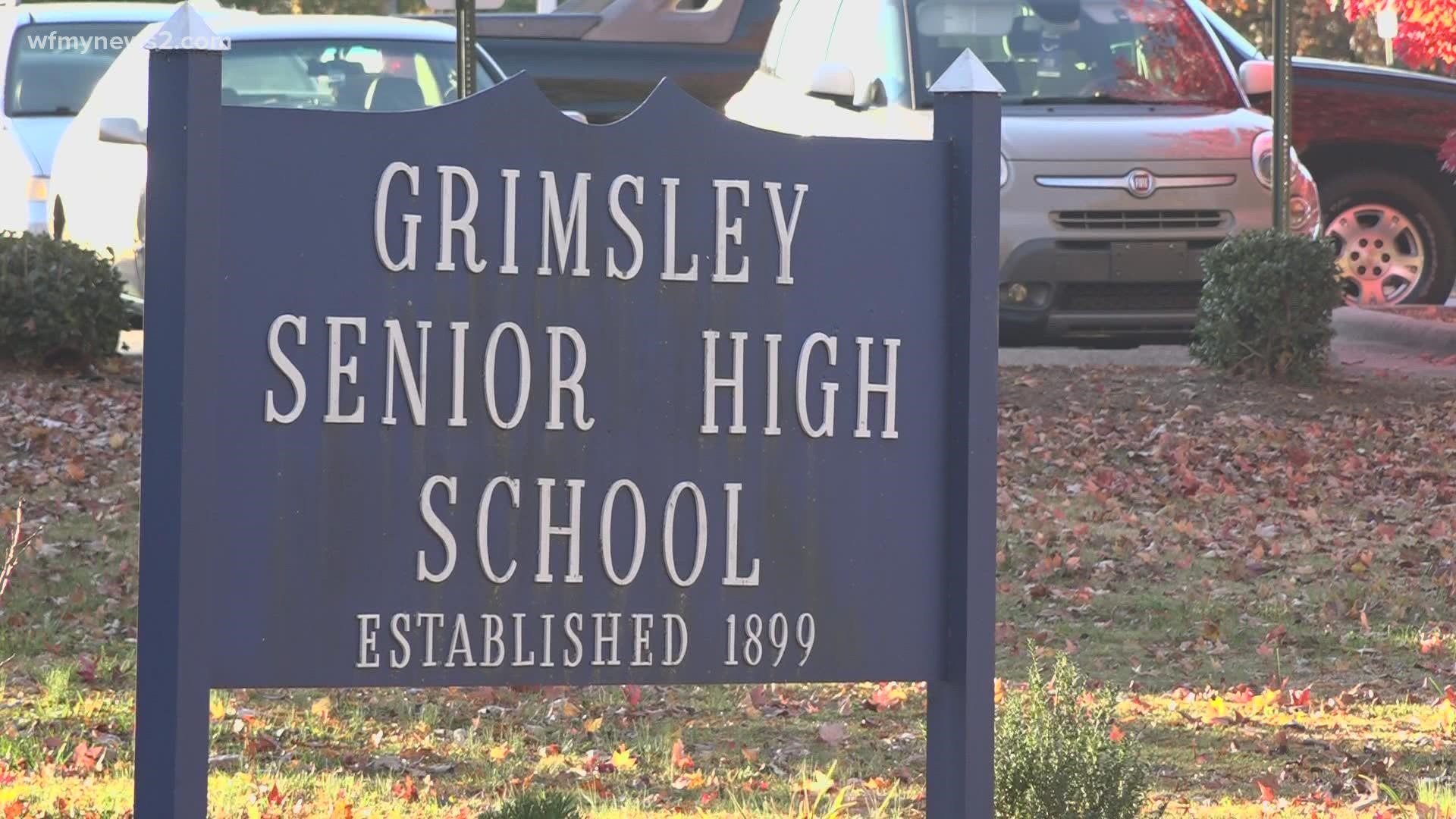 GREENSBORO, N.C. — After an unloaded gun was found at Grimsley High School in Greensboro Wednesday, parents are concerned.

"I can’t replace a kid," said Thaitianna Price, who has two children at Grimsley. "I can replace a car or anything else, but not a child. So I don’t wanna risk my children going there and then it’s just a bad day for somebody."

Price said she is now going to do virtual learning for her children.

"They are scared. They have a lot of anxiety about returning to school," said Price. "I almost feel like they should be virtual until they get the violence under control because it seems like it’s a lot of violence."

Other parents said they've thought about virtual learning, but the pandemic already distanced their children from others.

"You definitely think about it," said Kelly Finn, a Grimsley parent. "There’s also an advantage to the social interactions."

Four ninth graders have been charged in the Grimsley incident but police won't say what charges they are facing. Guilford County Schools has dealt with its share of threats this year. In September, a Southwest High School student was arrested for allegedly making threats to several schools. Then, in October, a gun was found at Northeast High School.

RELATED: Southwest High student charged in Snapchat threats against GCS campuses to be released from jail

Grimsley parents were sent a voicemail from the school's principal notifying them about the Wednesday incident. Here's a transcript of the message obtained by News 2

"Today, a Grimsley student on our campus was found to be in possession of an unloaded weapon. The weapon was immediately taken and the student will face school and legal consequences. The weapon was not used to harm or threaten anyone. We take school safety very seriously, and this situation is unacceptable on this campus or any other campus. The best way to prevent weapons from entering our campus is to work with our parents and the community to ensure weapons are not in the hands of our children. Please know that I will continue to do everything in my power to keep my students and staff safe each and every single day. If you have any questions, do not hesitate to contact my office. Thank you and have a good evening."

"For any parent it makes you freeze, you pause, (...) you kind of feel like things are out of your control," said Finn about when she got the voicemail, "and you do everything you can as a parent to make your kids safe and it’s not an option for you at that point."

Price said something needs to change for her to send her kids back to the classroom.

"I would feel comfortable when the violence slows or actually stops," said Price. "It just seems like it’s escalating and then spreading across the Triad."