900 people were tested for coronavirus at Cone Health's Green Valley campus Monday. Similar numbers are expected Tuesday ahead of Thanksgiving. 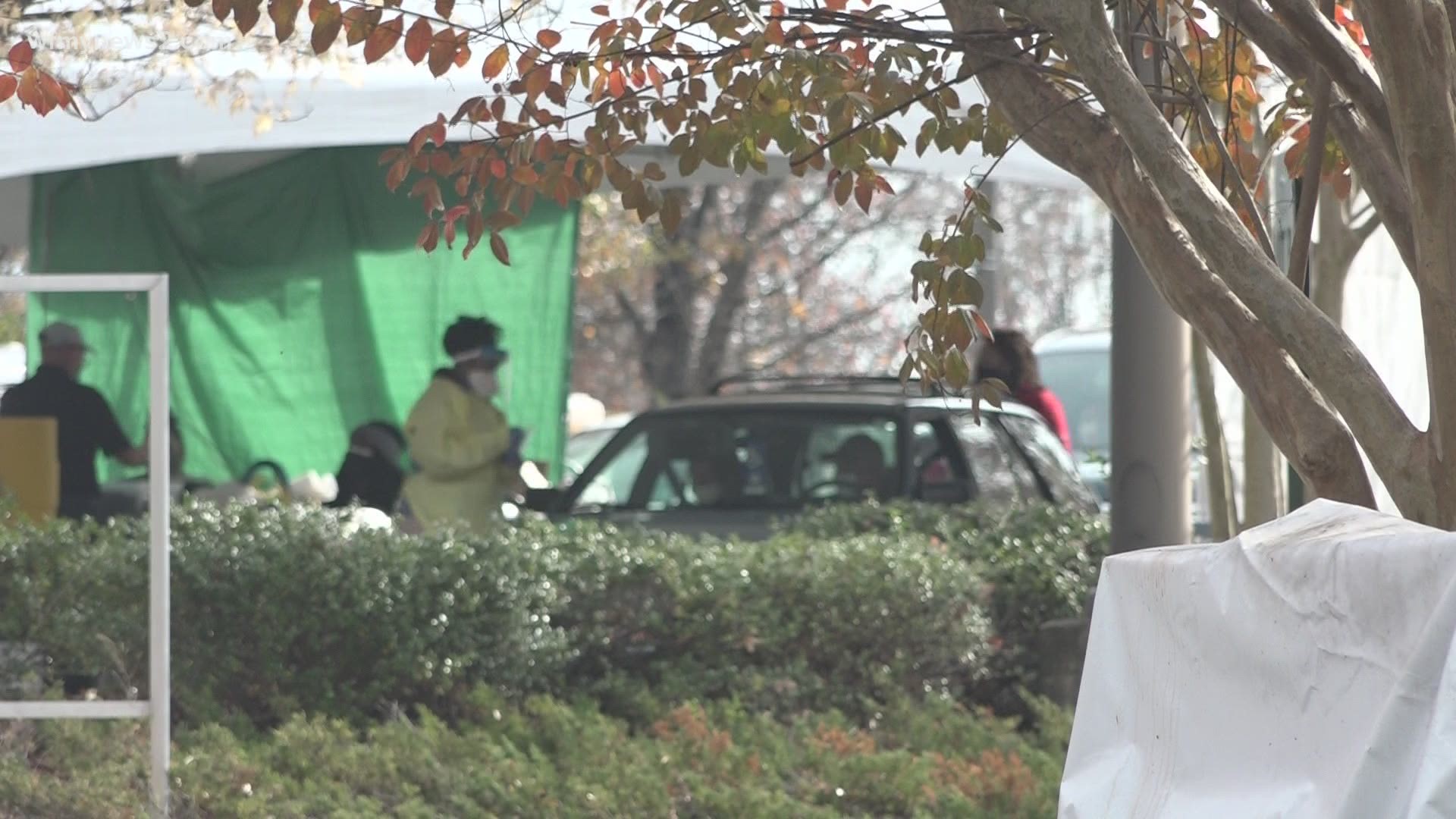 Green Valley saw 900 people for coronavirus tests Monday. Last week's average was 800 tests a day at that testing location. A total of 6,000 tests were done at all Cone Health sites last week.

"Unfortunately that's even with us having to shut down and pause, probably about three different times," David Thompson said, "We could have probably easily done over 1,200 people yesterday but, it was overwhelming."

It comes as statewide hospitalizations also hit a new record, with 1,700 being treated.

The Green Valley campus is also the site of Cone Health's COVID hospital.

Thirty of those patients are being cared for in ICUs. Seventy-two of Cone Health's coronavirus patients were at Green Valley Tuesday.

Thompson said it's a reminder of how important it is to avoid spreading the virus.

He said high demand for testing could also mean a longer wait as many try to get tested before Thanksgiving.

"Getting tested today, if you think you're gonna be having a family meal with others outside your home on Thanksgiving, there's a very high likelihood you will not have that result back by Thanksgiving at this point," Thompson said.

He said Cone Health's test results take up to five days to come back.

Quest Diagnostics announced Tuesday that its average turnaround time increased. It's now taking two to three days to get their results back.

LabCorp said it's turnaround time hasn't changed since last week. It takes one to two days to get their results back.

Thompson said the surge in testing demand could continue after Thanksgiving.

"A lot of it will be people that had dinners with family members outside their immediate home and now they're gonna be concerned about, I was just at a gathering of 15, 25 people or even greater," Thompson said.

Cone Health's testing sites will be closed on Thanksgiving and Black Friday. Those sites reopen Monday.

RELATED: 2 Your Well-Being: Should you change your Thanksgiving plans?