Confederate Monument Should Be Removed, Given Back to Original Owner, Chatham County Group Says

“The monument outside the courthouse no longer reflects the values and attitudes of a majority of Chatham County citizens, if indeed it ever did,” said Chris Kamen with Chatham for All. 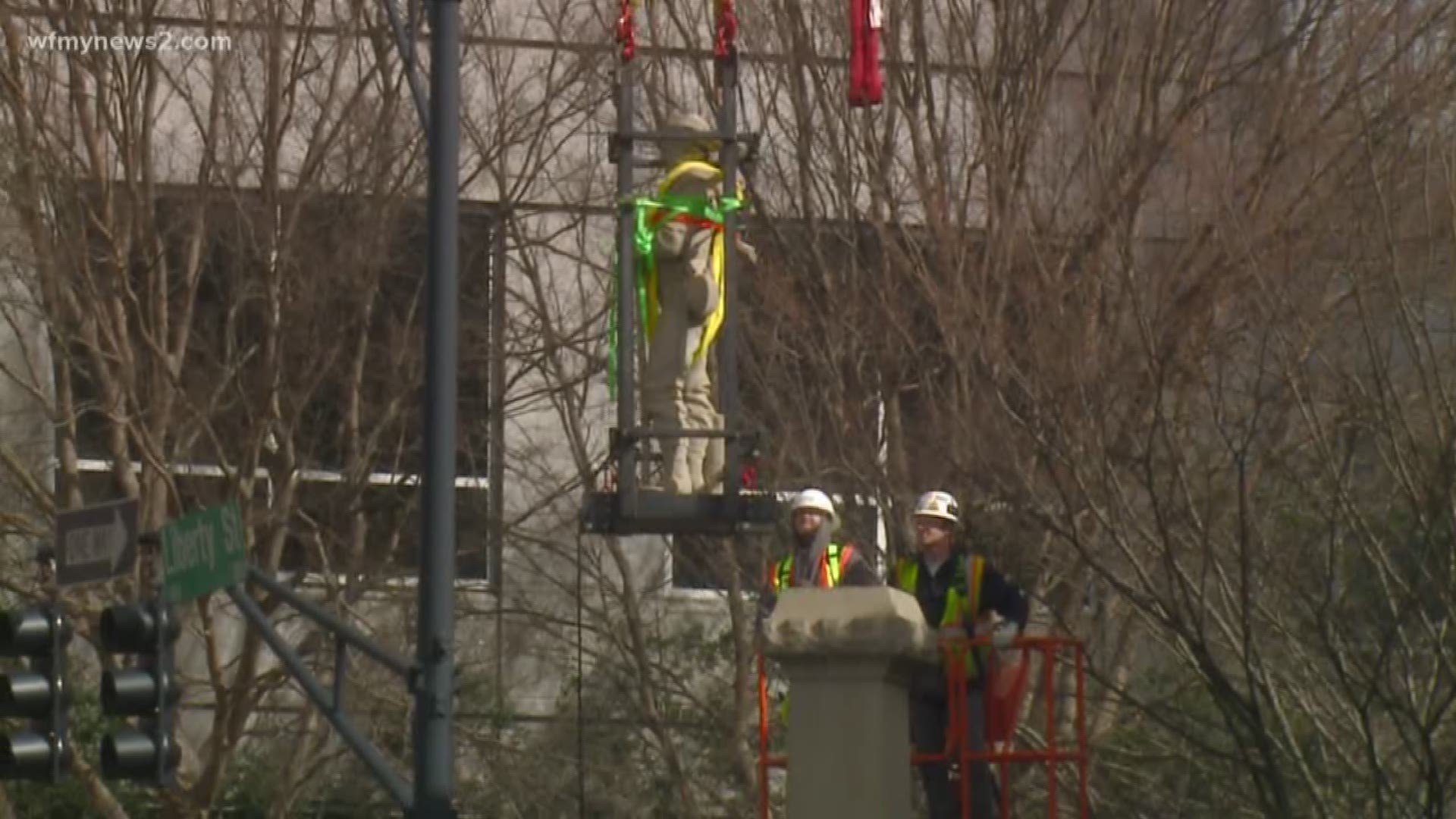 PITTSBORO, N.C. — It’s not clear what will ultimately happen to a Confederate monument in the center of Pittsboro after hundreds of people attended a county commission meeting Monday night, including some who pitched a new plan to have it moved.

A group called Chatham for All urged county commissioners to essentially give the 107-year-old monument at the old courthouse back to its original owner, the United Daughters of the Confederacy. Members of the group say the county could end its agreement with the UDC, leading to the monument’s removal.

“The monument outside the courthouse no longer reflects the values and attitudes of a majority of Chatham County citizens, if indeed it ever did,” said Chris Kamen with Chatham for All.

The group believes that the plan would be compliant with a recent state law that the Republican-controlled legislature passed that’s aimed at keeping monuments in place.

The law includes an exception for “an object of remembrance owned by a private party that is located on public property and that is the subject of a legal agreement between the private party and the State or a political subdivision of the State governing the removal or relocation of the object.”

Before Monday’s meeting, a group of people who want the monument to remain in place gathered in Pittsboro. The sheriff’s office has placed fencing around the monument in recent weeks as the focus on it has intensified.

“Our history is our history. That statue hasn’t done anybody wrong,” said Scott Gilmore. “If you’re going to take the statues down for this and that, take them all down. And then that’s where we’ll lose our history.”

“But, I think you’ve seen the movement all over the country now where the consciences have been raised in many locations throughout the United States,” said Carl E. Thompson, a former Chatham County Commissioner. “People are removing statues and monuments, and so we feel like now is as good a time as any in Chatham County to become a part of that movement.”

Thompson spoke about serving the county as an African-American man and seeing the monument outside the courthouse.

“And, I have to say, it sometimes felt surreal,” he said.

More than 60 people signed up to speak during a public comment period Monday night.

“They fought for their country. They fought to secede over taxes, over slavery, or whatever it was that they signed up for,” Michael Skarbinski told CBS 17. “Some of them fought just because they loved North Carolina and they thought something was going wrong, so they stood for North Carolina.”

County commissioners did not make a decision on whether to keep or remove the statue. Instead, they asked the county attorney to further study the issue.