"People come and say, 'Oh, I feel so sensitive walking past that monument,' I don't believe any one of them could pass a lie detector test," he said. 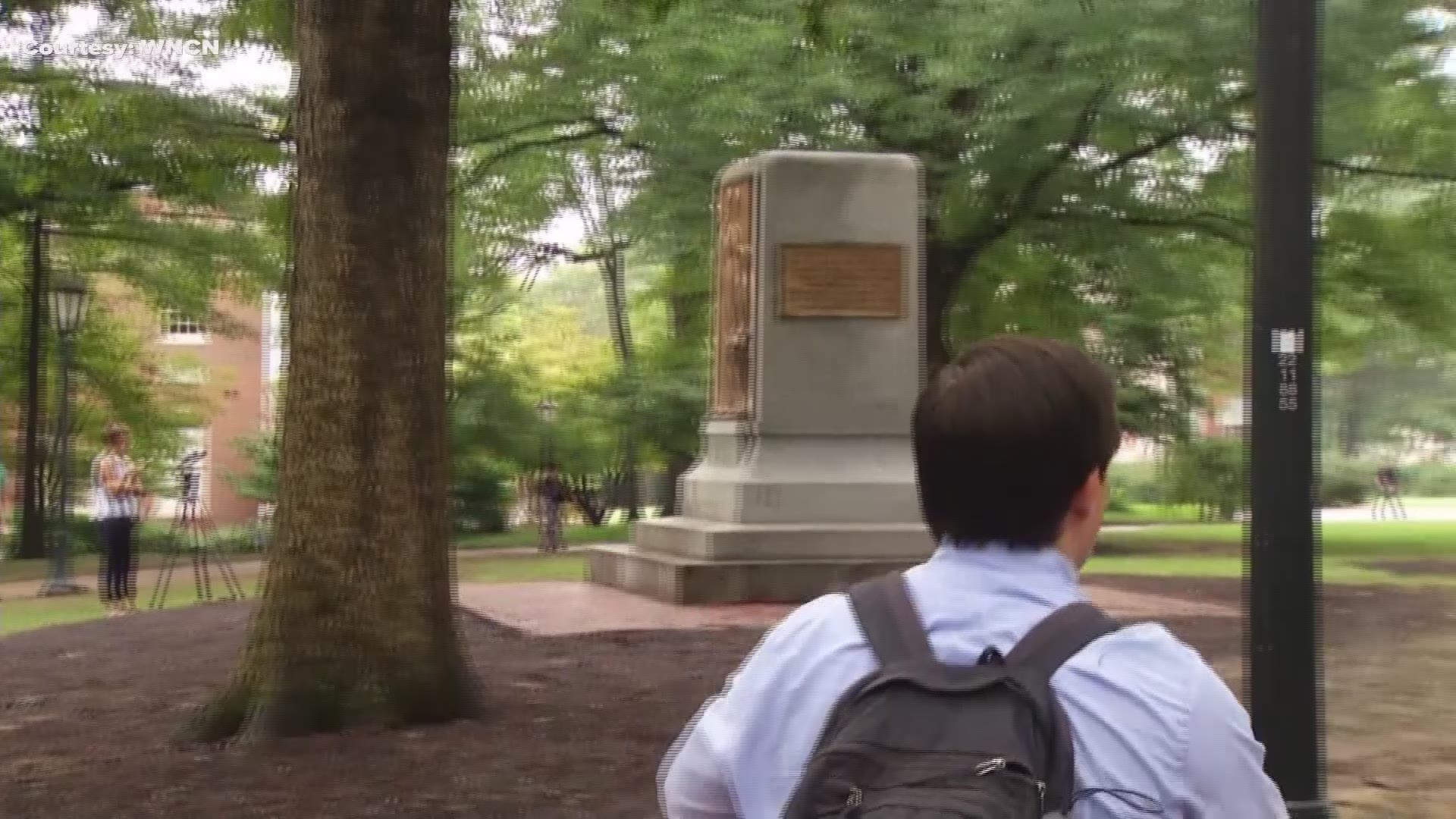 CHAPEL HILL, N.C. (WNCN) - A man showed his pride in the Confederacy Wednesday just two days after protesters knocked down the Silent Sam statue at the University of North Carolina-Chapel Hill.

“Because I'm a loyal southerner and it just doesn't sit well with me for those thugs to come and illegally move the confederate Silent Sam,” he said.

He said Silent Sam and the Confederate flag are not race related.

“It's something that should be embraced by black folks,” he said. “Not equated as being an evil symbol because it's not.”

Edgerton referred to the Confederate soldiers as his heroes. He said nothing will get solved by knocking down the statue.

“People come and say, ‘Oh, I feel so sensitive walking past that monument,’ I don't believe any one of them could pass a lie detector test,” he said.

He believes lies have been spread through history, which led to Silent Sam coming down.

“It's always slavery,” he said. “The evil white man and the south native America. That's the biggest lie they've ever told. If I was going to be mad, I’d be mad because you called me an African-American.

Edgerton said he’s on a mission to spread the truth about the Confederacy.