Paige Flotkoetter had never met Hudson Nash when she was tested to see if she was a kidney donor match. As a mother, she just wanted to help him. 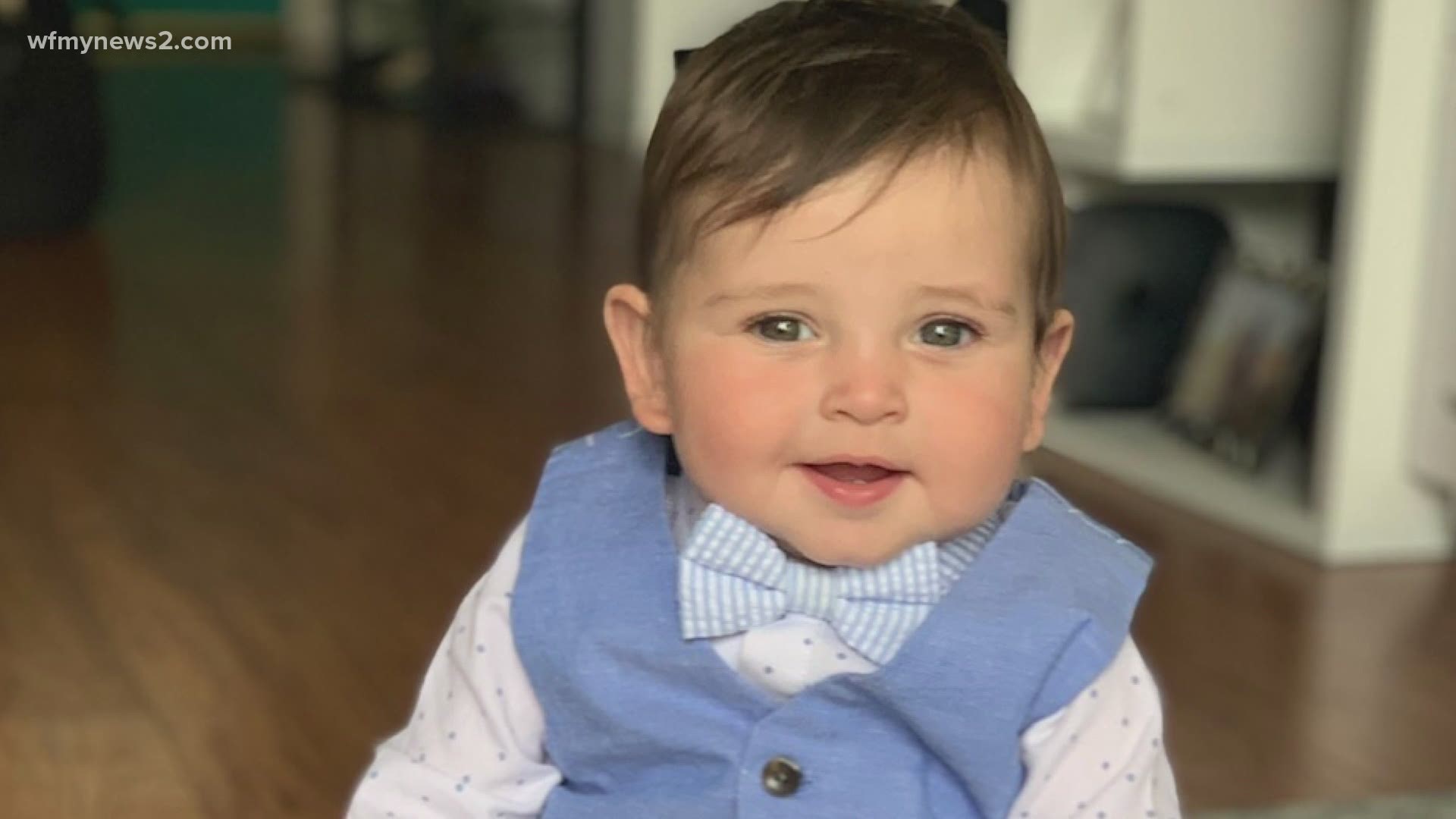 GREENSBORO, N.C. — Hudson Nash is a fighter. Not yet  2 years old, he has been in and out of the hospital since the day he was born.

“He spent the first two months of his life in the neonatal intensive care unit,” his mother Jamie Nash said.

The family knew Hudson would be born with kidney issues, but they didn’t know how bad it would be as he started to grow. Once doctors examined him, they learned he had massive damage in both kidneys.

“Doctors were not sure if he was going to make it,” Nash said.

Hudson was weak, but getting stronger by the day and was eventually able to leave the hospital, but his kidneys were still very weak. Doctors told the family Hudson would most likely have to go on dialysis if his kidneys didn’t improve, and he would need a transplant.

"You never think something like this will happen to you. When it does, it’s a punch in the gut,” Nash said.

The next year was literally taken day by day, as Hudson had several medical appointments every month. The good news is that his kidneys were holding on and he did not require dialysis. He was also getting bigger and stronger, which was needed when he required a transplant.

While Hudson was progressing, his kidneys were not doing what they needed, and a transplant was a certainty. Hudson was placed on the donor list while his family started to alert relatives and friends in hopes of finding a match.

His mother wrote a letter and posted it on Hudson’s Facebook page and mailed it out during the holidays. Other family members also sent it to their friends. One of those letters ended up in the mailbox at Paige Flotkoetter’s home.

“In December, we got a Christmas card and they were asking for people to be donors,” Flotkoetter said.

After giving it some thought, Flotkoetter decided to get tested. The results were promising, but several rounds of tests were needed to determine if she was a good match. There was more blood work, and another specialized testing before Flotkoetter received the news that she was a perfect match.

"I was just thrilled,” Flotkoetter said. She immediately called Nash to give her the news.

“I could barely get the words out. I was tearing up and I was like, 'We’re a match, we can do this,” Flotkoetter said.

For Nash, it was more than emotional.

“I immediately started crying of course,” she said.

What started with a holiday card and a wish turned into a Christmas miracle. Remember prior to all this, Flotkoetter and the Nashes had never met and they really didn’t even know each other. Flotkoetter’s husband is a distant cousin, which is the only reason they received the Christmas card.

The transplant was originally scheduled for April but had to be postponed because of COVID-19 and was rescheduled for Tuesday. Flotkoetter and her husband, who live in North Carolina, flew to California for the surgery last week.

“People say, 'Why do you do it?' and I say, 'I would want someone to step up for my child,'” Flotkoetter said.

Nash and her husband call Flotkoetter their beautiful angel. However, she is just looking forward to watching her kidney buddy live the life he deserves.

Flotkoetter and Hudson are recovering from their surgeries.

RELATED: 'She just wanted to bring joy to my kids:' Act of kindness at Winston-Salem Walmart from complete stranger goes viral

RELATED: Teen hurt in a hood-surfing accident stands up for the first time in 9 months during rehab

RELATED: 'To God be the Glory' | Triad Pastor leaves hospital after winning life-threatening battle against COVID-19