Could Be 'Weeks, If Not Months' Before I-73 Bridge Over I-85 Is Fully Repaired: NCDOT

One lane of the I-73 bridge has reopened, but it could be a while before it's fully repaired after a fiery crash on Dec. 13.

The North Carolina Department of Transportation says it could be a while before the I-73 south bridge over I-85 is completely repaired after a horrific accident with a fuel tanker last Thursday caused an explosion.

Only one lane of the impacted stretch of road has reopened. Another lane is expected to open in the coming days, but the NCDOT doesn't know when the stretch will be ready for three lanes of traffic. The agency is still evaluating the full extent of the damage. 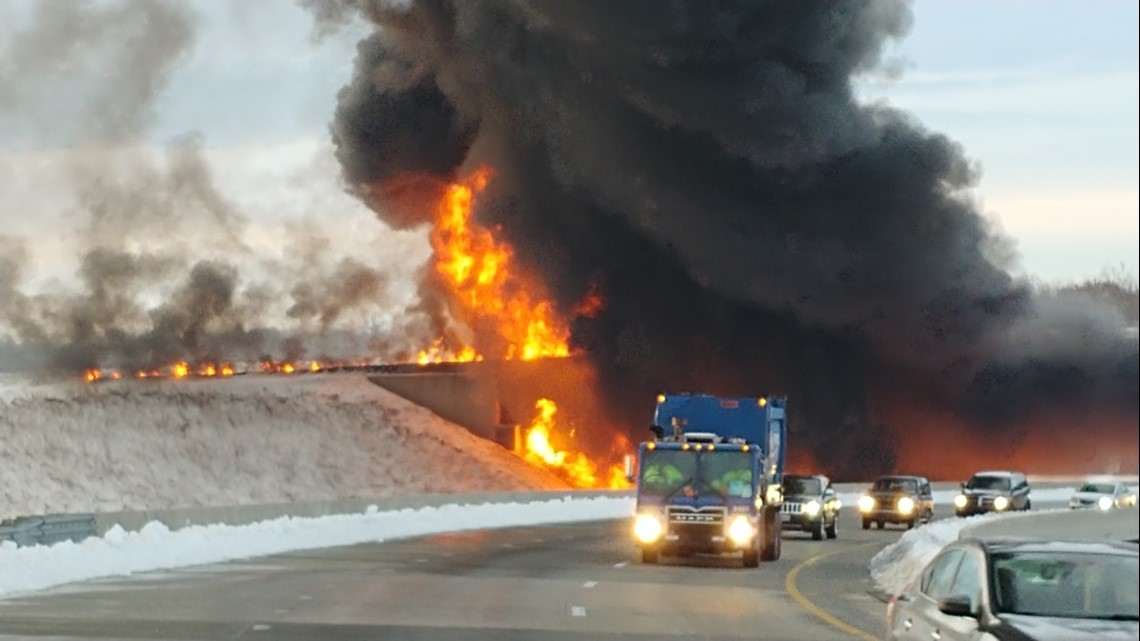 Fiery Tanker Crash Closes Stretch of I-73, I-85 in Greensboro For Hours
GREENSBORO (WFMY) - The NC Department of Transportation (NCDOT) says one lane on I-73 south has reopened. However, delays are still expected as traffic has been reduced from three lanes to one. Traffic is being diverted onto the Groometown Road exit. NC State Highway Patrol (NCSHP) says there is no definite time for reopening the roads.

"We estimate it'll be at least weeks, if not months," said J. Brad Wall, Division Maintenance Engineer with the NCDOT, on Monday. "A lot of that does have to do with materials procurement. There's a lead time to get new bearings and certainly to get two new beams with fabrication required for those beams, that will lengthen that timeframe."

Wall also mentioned cold weather could be a factor.

Crews were working on the bridge Monday and are still testing whether or not the structural beams are sound. The NCDOT will get those results back Wednesday. Wall said he couldn't provide an estimate on how much repairs would cost.

Wall reiterated the structural integrity of the bridge is fine. The wreckage burned for around 45 minutes before it was extinguished. The lane furthest from the damage was restored once wreckage was removed.

"These beams were exposed to heat, but not the kind of intense heat, about 45 minutes, for the time period," Wall said. "We're not dealing with that kind of thing."

The tanker, loaded with 8,500 gallons of gasoline, crashed and caught fire after hitting a patch of ice around 7:30 a.m. The accident happened near Exit 97-B and close to the I-85 intersection.