Because coyotes view outdoor cats and small, unleashed dogs as a potential food source, people should keep their pets inside, leashed or inside a dog-proof fence. 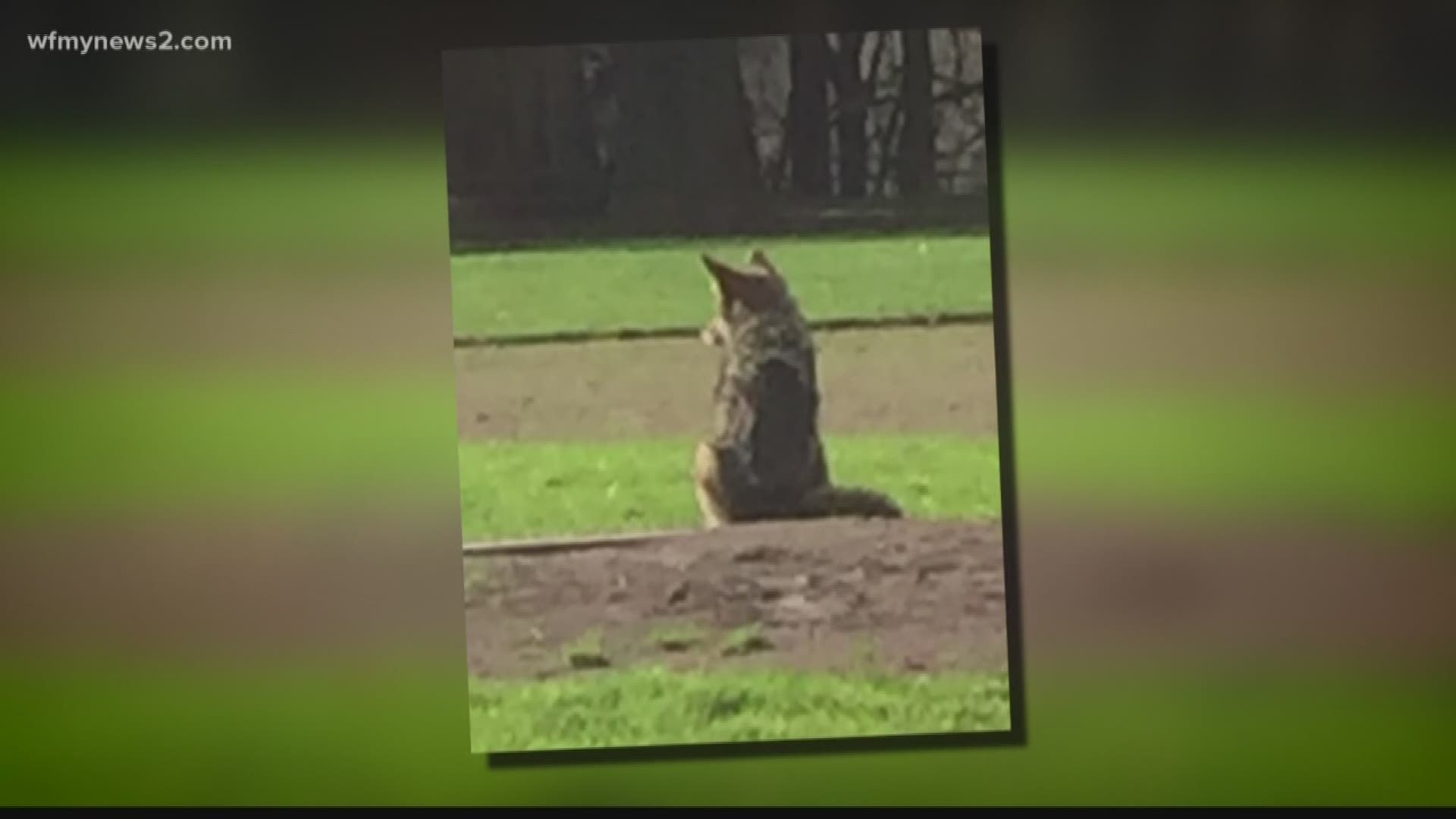 GREENSBORO, N.C. — That's not a dog, fox or hybrid wolf dog--it's a coyote. If you think you're seeing and hearing more coyotes this month, it's because you are, according to NC Wildlife Resources Commission (NCWRC).

Wildlife officers say it is common for North Carolinians to report seeing and hearing coyotes more often in October and November.

You can blame it on the season. Fall is the time of year when young coyotes, that were born in early spring, leave their parents’ territory to find a mate and establish their own territory, NCWRC says.

Here's another wild fact: young coyotes often travel with their siblings during this time of year and can travel long distances--which is upward of 300 miles before settling down into their own territories!

"It makes me want to pay attention to if we’re going to see them," said Scott Wyatt.

He has a small dog named Coco he sometimes lets out in the backyard. When Wyatt takes her on walks, he keeps her on a leash. That's something he says he'll continue to do.

During these wanderings, wild officials say the animals' yipping, howling and barking often can be heard by humans and is how they keep track of each other. It's also how they track other coyotes whose territories they are passing through. Because of the hollow tone of the howl, two coyotes often sound like a huge group and may seem closer than they actually are, NCWRC says.

Hearing a coyote howl does not mean it has just taken down prey, although some people do find their howls unnerving. Fortunately, hearing or seeing a coyote, even during the day, is usually no cause for alarm.

“Coyotes rarely attack humans,” said Falyn Owens, the agency’s extension biologist. “Coyotes are curious, but wary whenever they are near humans; however, they can become bold and habituated to humans if people feed them, either purposely or unintentionally.

Because coyotes view outdoor cats and small, unleashed dogs as a potential food source, people should keep their pets inside, leashed or inside a dog-proof fence at all times.

"I hope we don’t see one in the neighborhood any time soon," said Wyatt.

Here are some other recommended tips to keep coyotes, and other wildlife such as raccoons, from being attracted to your house: