Crafted The Art of the Taco Winston-Salem now closed, regulars say 'it was a big shock'

The owner of Crafted said many factors led to the closure, and that some employees lost their job while others transitioned to the other location in Greensboro. 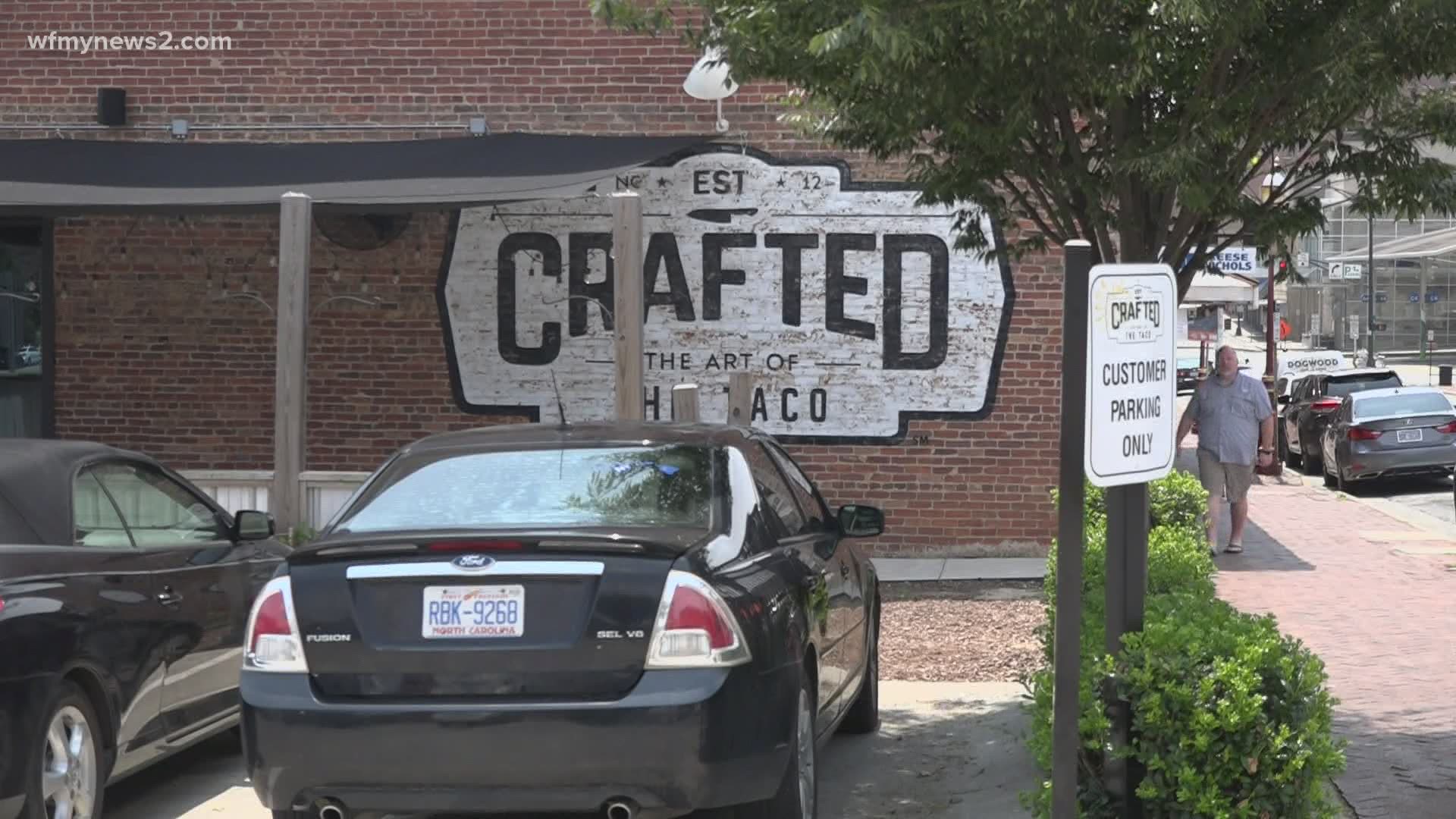 WINSTON-SALEM, N.C. — Crafted The Art of the Taco announced it closed its Winston-Salem location over the weekend five years after opening, according to a social media post from the business. Its Greensboro location remains open for business.

“We want to thank the Winston and surrounding communities for the support over the years,” the restaurant wrote on social media. “This decision did not come lightly nor was it easy.”

Our Winston Salem location is now closed. We want to thank the Winston and surrounding communities for the support over...

The Winston-Salem location of Crafted The Art of the Taco opened in 2016.

On Sunday afternoon, a sign was posted on the doors of Crafted Winston-Salem, with the same message. Potential customers could be seen walking up the door, reading the sign, and walking away.

"We've come to crafted many times over the years, so it was a big shock today to show up and see it was closed," one customer told WFMY News 2 as his family was leaving. "I was a little surprised today since it just came out of the blue.  And it was open not too long ago."

A local favorite restaurant is closing its location in Winston-Salem. I’m speaking with Crafted’s owner today to learn more about the tough decision. @WFMY pic.twitter.com/S3htQwv04y

WFMY News 2 spoke with the restaurant's owner chef Kris Fuller about the decision to close. She emphasized there were several contributing factors.

"There are a number of factors that came into play when making our decision. I would not point to any one or two as being the end all be all as to why we made our decision. I think you can look around and you can see the number that the pandemic took on several businesses not just in our industry, but across many industries that continue to wreak havoc," Fuller said.

In the context of the pandemic, Fuller stated several reasons for the closure, including the emotional toll on management and staff, a needed to reevaluate the brand, ensuring the staff were taken care of, maintaining high quality food and restaurant environment, and quality of life for her family.

Several people lost their jobs as a result of the location closing, Fuller said.

"There are folks that are out of jobs due to our decision, and I hope that other local businesses will welcome them with open arms, because I know we are all in a decision of needing people who are in it to win it. We have faith they will find jobs quickly, and for some of our team members that have been with us for quite a while, we did extend some offers for them to move over the Greensboro store, and it looks like we are going to be taking quite a few people with us there," Fuller said.

Fuller said she is very appreciate of the support Crafted has received.

"We know that there are people who are unhappy, or will try to point to one or two factors as to why they think we make this decision, but at the end of the day we did what we felt was best for everyone involved," Fuller said.

As of this article's latest update, more than 130 customers had commented on the post expressing their disappointment to learn the Winston-Salem location of Crafted was closed.

"This makes me so sad!!!!!!! We used to drive to gboro before they came to Winston and we were so happy when they came!!!!!! But we will be coming back to gboro to show support," one person commented.

"Noooo!! Always came in when I visited my mom in Winston! Oh well I guess Greensboro isnt too far," another commenter said.

Zack Matheny, CEO of Downtown Greensboro Incorporated, told WFMY News 2 on Sunday that the closure of Crafted Winston-Salem is the latest example of restaurants struggling to remain afloat.

"When I heard the news about the Winston-Salem shop, obviously it was sad. It goes to show the overlying issues of employees. Many restaurants, many hospitality folks are struggling to hire folks back into the workforce," Matheny said.

"The restaurant business, it's a hard business. By and large, the compensation is not as high, the work is tough, it's at night, weekends where you make most of your money. They've been struggling to hire folks to get them to work, to want to work those extended hours. It's not an 8 to 5 job," Matheny said.