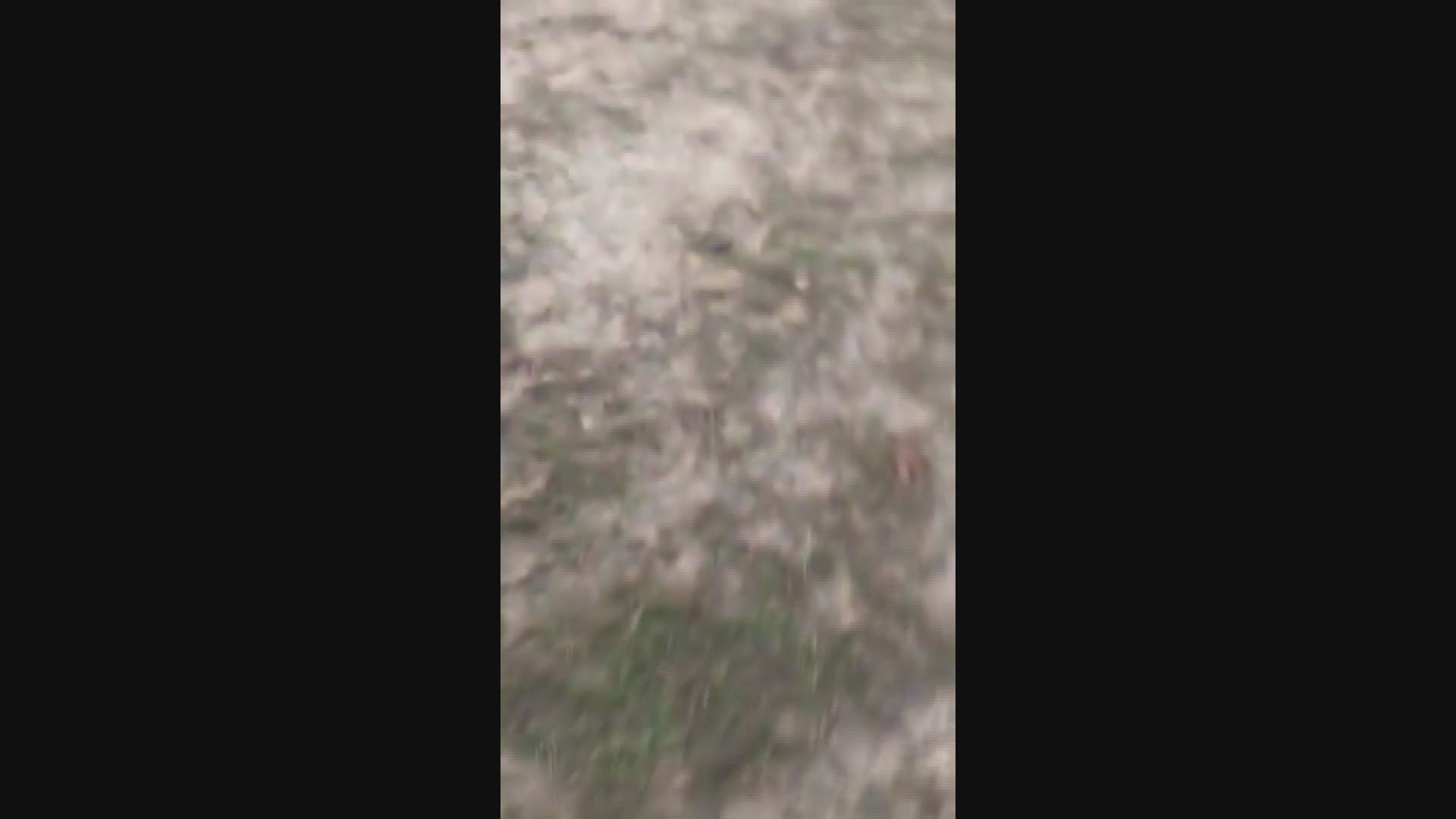 The Crawford County Sheriff's Office says a man who removed his dog's head for rabies testing was given options before the animal was beheaded.

Deputies responded to a call Friday on Wellington Drive for someone who was bitten by the dog, according to a Crawford County Sheriff's Office news release.

That's where the responding deputy saw Big Boy, a black and white pitbull mix. The dog ran toward the deputy, then retreated to its owner, the news release states.

The deputy made contact with the woman who was attacked by the dog. She sustained bites to her leg and was taken to the hospital, the news release states.

The deputy then drove to the dog owner's home, where the animal attempted to attack him, the news release states. After making a failed attempt to yell at the dog to make it retreat, the deputy shot Big Boy as he lunged at the officer, according to the news release.

The dog died and an argument followed between the deputy and Joe Goodwin, the dog's owner.

"The Crawford County Health Department was notified and the owner of the dog was advised, by that agency, of the state rabies testing requirements and options regarding the dog," according to the sheriff's office news release. 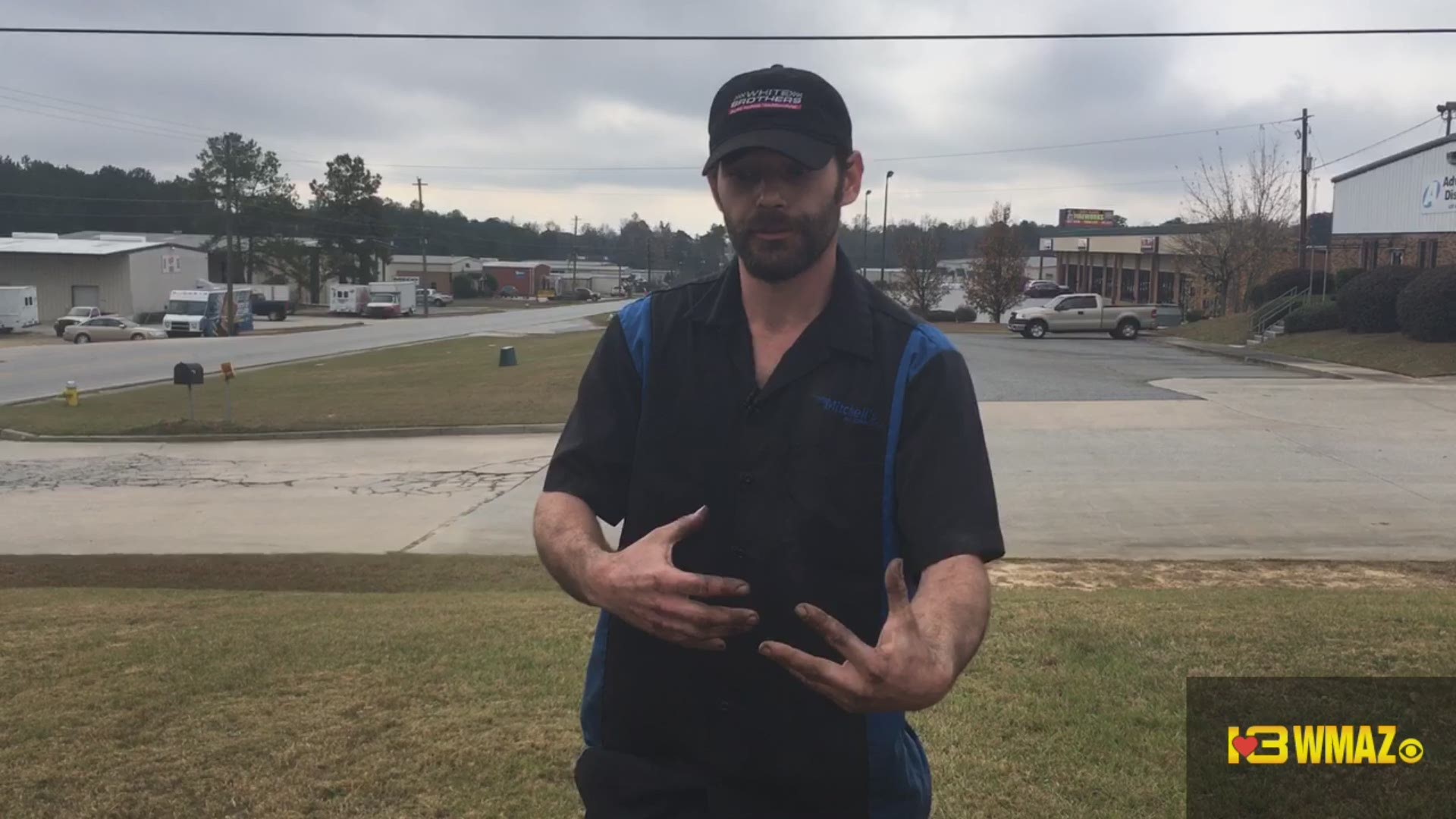 The release didn't state what options were given to the dog's owner, but what ended up happening next was Goodwin cutting Big Boy's head off with a knife and putting it in a Kroger bag for deputies.

Dead animals are check for rabies by removing and checking the brain.

Goodwin told 13WMAZ on Monday that the deputy ordered him to cut the dog's head off.

When asked Tuesday what options were given to him for handling his dead dog, Goodwin told 13WMAZ that he was told he could take the dog to the vet for rabies testing or he could remove the head.

Goodwin then alleged that the officers wouldn't allow him to leave his property to take the dog to the vet.

Goodwin recorded much of his encounter with officers on his cell phone. "I will cut the head off and get it to you," Goodwin can he heard saying in the video. He then orders two officers off of his property.

"You and you leave!" he says pointing at the officers.

One of the deputies in the video, who identified himself as investigator Hollis, was talking on the phone and appeared to be getting directions on how to handle the dead dog.

Hollis ends his phone call and responds to Goodwin's order to leave his property. "You're not fittin' to talk to me or my deputy like that," he says.

"I reacted to having to cut my *expletive dog's head off," Goodwin says in the video.

"We're asking you to remove the dog's head," Hollis responds.

"And you're refusing, right?" Hollis asked.

Goodwin does not respond and Hollis places another phone call.

Another deputy in the video then starts talking to Goodwin saying, "Now if you would've just listened to us and let him get done explaining what she (person on the phone) explained ... we don't know this process either ... I don't ever have to do this, I don't cut dog's heads off."

Goodwin's video, which was posted on Facebook live, then shows him cutting off the dog's head. Due to its graphic nature, 13WMAZ will not show that video. 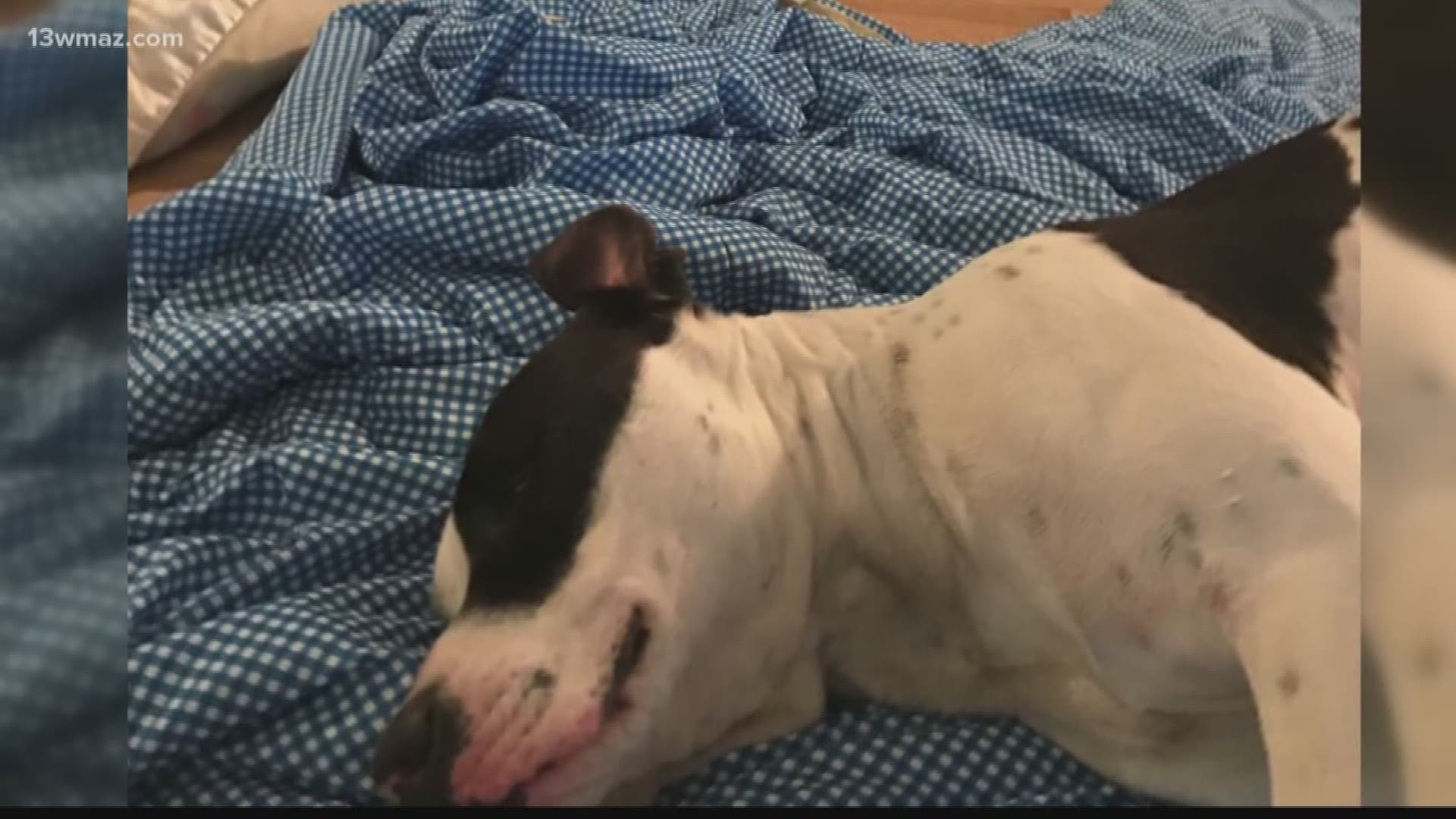 Crawford County's sheriff says one of his investigators should not have ordered a man to cut the head off his dead dog.
Sheriff Lewis Walker says, as he understands it, his officers should not play any role in investigating whether the dog was rabid. That issue should have been turned over to the county's health department.
Walker spoke to 13WMAZ's Mary Grace Shaw about the controversy stemming from a dog-bite on Wellington Drive.
According to a news release from Walker, the dog -- a pitbull mix named Big Boy -- bit a woman in the neighborhood, then charged a deputy who came to the scene.
The dog owner, Joe Goodwin, says the investigator ordered him to cut Big Boy's head off so the dog could be tested for rabies. He recorded videos of the conversation with Hollis.
Goodwin says investigator James Hollis threatened to take him to jail if he didn't cut off the dog's head.
Walker said Tuesday that his office is still investigating what Hollis said.
His news release says, "The circumstances regarding the dog attack, the shooting, and the processing of the animal for state mandated rabies testing is under investigation."
But he said the county health department should have been called to handle the dead dog's body.
He said Hollis remains on duty, but may be placed on administrative leave if the investigation moves forward. 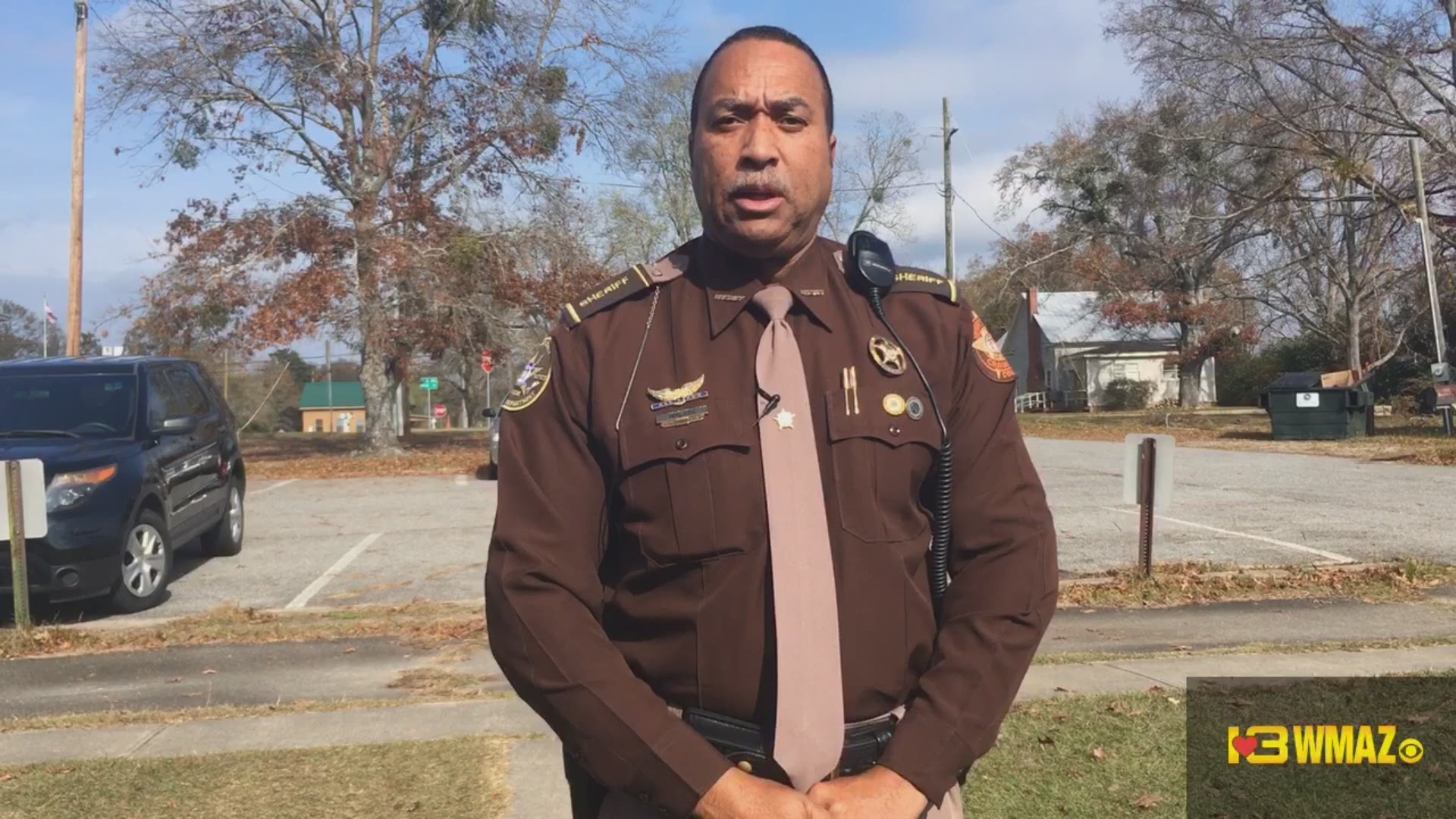