It's been 9 years since DACA started. Immigrants in North Texas still feel like they're living in limbo.

As the current administration discusses immigration and promises to make it a priority, both Luna and Chalott Barron say they are hopeful, but cautious. 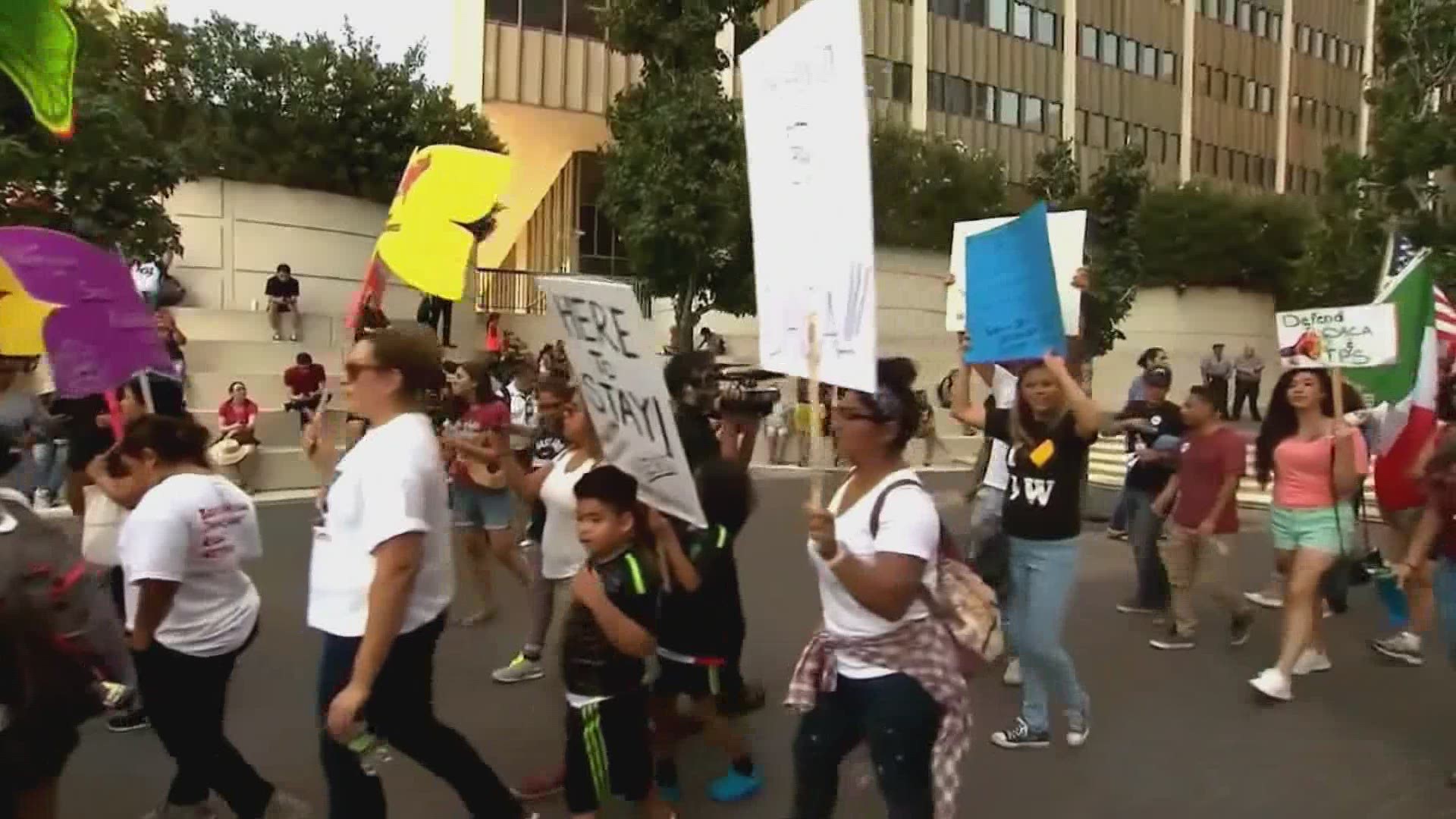 DALLAS — On June 15, 2012, President Barack Obama signed an executive order to implement Deferred Action for Childhood Arrivals, or DACA. The action protected children who migrated to the U.S. from being deported.

Ramiro Luna, co-founder of the North Texas Dream Team, said he remembered how he felt the day Obama signed the order.

"It was this collective sigh of relief," Luna said. "It was just elatedness and happiness. There were so many tears of joy and hugs that were shared that day."

Luna said it was a victory in the fight his organization had been battling in since 2009.

"For us, it was our livelihood," Luna said. "This document not only gave us identity to be able to get a job, it also gave us mobility to obtain a license. For the youth to feel more welcome in a country that we see as our home and consider our home."

“I came to Oak Cliff when I was seven years old with my immediate family,” Chalott Barron said. “I was born and raised in Durango, Mexico so I’ve had the privilege of living life through those two cultures."

“I think there was always a hope that I would be able to attend college, even before DACA was announced," Chalott Barron said. "DACA definitely made it 10 times easier to apply to colleges and to be eligible for certain scholarships that I wasn’t eligible for before."

However, the program doesn't allow recipients to qualify for federal financial aid, so students have to find other ways to may for college. The program also isn't legislation that guarantees a path to citizenship, and recipients have to apply for renewal every two years.

There's also the uncertainty that comes with different political leaders in policies. After Obama signed the order in 2012, President Donald Trump rescinded the order in 2017. Legal challenges allowed for recipients to file for renewal, and there are still ongoing legal battles for DACA.

President Joe Biden moved to reinstated DACA, shortly after he took office, but the back-and-forth and continued threat to its stability keeps millions of immigrants in the United States in fear of losing their status.

“There’s was always some burden, I would say, and there still is, to an extent, to this day, knowing that it can be done away with as we’ve seen by other presidential executive actions and different administrations and just the way it’s tied up in the courts is a danger now," Chalott Barron said. “Not only are we at risk, but the people we shared a residence with, the people that live with us, maybe our parents or the people who raised us.”

Nine years after celebrating the creation of DACA, Luna said it's time to create legislation that permanently protects Dreamers and expands that protection to all of the immigrants living and working in the United States.

"It provided relief to what was seen as almost the cream of the crop," Luna said. "There were students who had been here all their lives. It only applied to a specific age group. Our parents, the way we see them, they are the original Dreamers. They're the ones who made that difficult plight to give us a better future. They still are in limbo. They still don't have freedoms. They still are suffering.

Luna points out that nine years later, many of the original Dreamers have grown up and started families. He said there are more than 200,000 children of Dreamer in the United States. He said one-third of the Dreamer population are what Americans referred to as essential workers as they continued working on the frontlines during the pandemic.

As the current administration discusses immigration and promises to make it a priority, both Luna and Chalott Barron say they are hopeful, but cautious.

"It was easy to feel hopeful in 2010 and in 2013," Chalott Barron said. "We don't ever want to be cynical because we need to build momentum from that support."

"I'm cautiously optimistic," Luna said. "I've seen both political parties use immigrants as a political pawn. We're tired. We're tired of being used as a pawn...it's time to say the action should be a congressional solution."