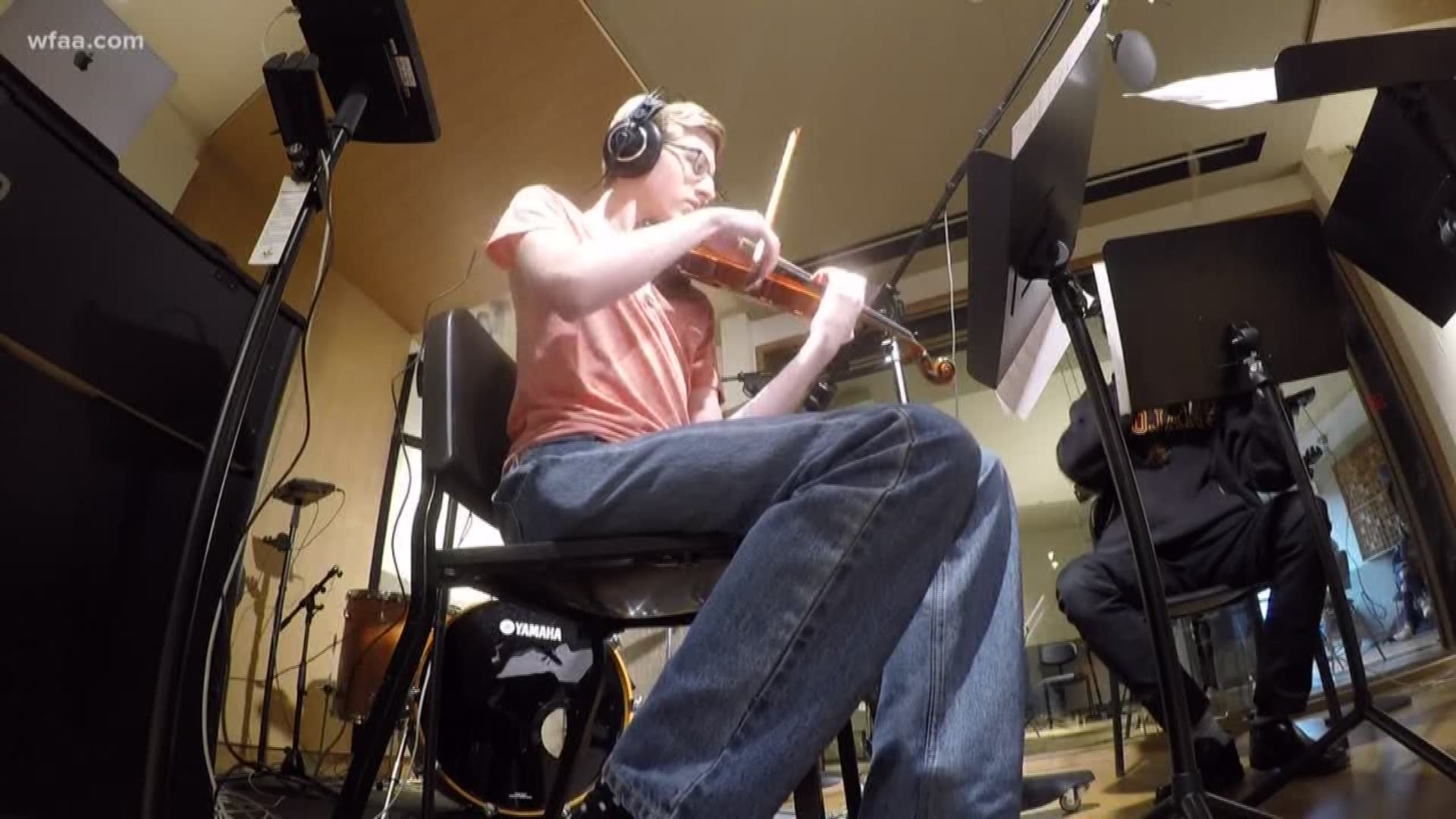 DALLAS — Students at Booker T. Washington High School for the Performing and Visual Arts are getting access to some new tools that will make them more competitive in their college and professional careers.

The campus unveiled a new state of the art recording and production studio last month, which is already getting lots of use.

The new production studio is a place where students have been busy fine-tuning the sounds they’re creating for individual and group projects.

“The acoustics in that room are great,” said Wolfgang Hunter as he directed a session from the studio. The senior student says he’s learning skills to pursue a career in music production.

The new studio, with all its bells and whistles, is giving the campus’s young artists access to professional-grade resources and opportunity.

”It’s making a huge difference,” said Xyzsa Pagaduan. "Before, when we didn’t have this, we didn’t have something that we could actually record and bring, like, our music to life."

The studio is also feeding the students’ interests and expanding their technical skills, while giving them a leg up competing for scholarships and opportunities in the professional world.

"When I was taking a production class, this was just a classroom. It wasn’t anything fancy," Reagin Davis said.

Students say the situation sure has changed for the better. The new studio is part of a $1.7 million capital campaign. It all started with the school’s Advisory Board and the 2018 Crystal Charity Ball.

Advisory board members say working to see the idea become a reality for Booker T. Washington High School’s campus was a labor of love.

Students describe the new studio as a game-changer as they aspire to pursue professional careers in the music and production industry.