The casino is set to hire hundreds of people and bring in $38 million in new tax revenue. Construction should begin later this year. 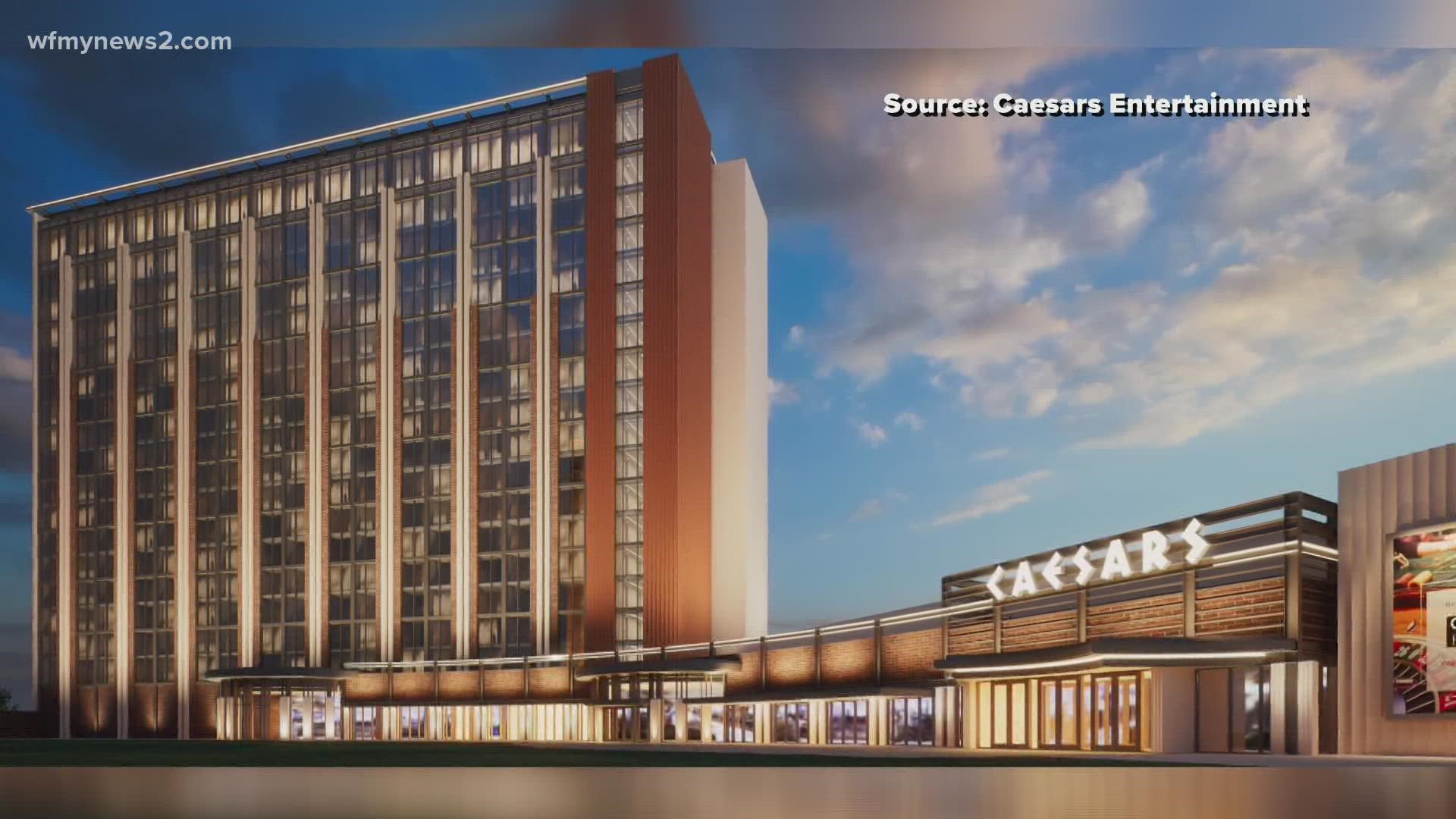 GREENSBORO, N.C. — Triad cities are hoping for a jackpot as a huge resort casino is expected to bring thousands of jobs to the region.

Construction on Caesars Virginia will start later this year after the project was approved by voters in November.

Danville's Director of Economic Development, Corrie Bobe, said the casino will be a huge boost to the city's economy. Estimates show the potential for $38 million in new tax revenue.

"This facility is anticipated to pull around two million visitors to our community each year," Bobe said.

Some are betting on other cities making money, too as people make stops on the way to and from the casino.

Sawyer is the president of the Reidsville Chamber of Commerce.

The casino's resort will include 500 rooms with amenities like a spa, a pool and a fitness center. The casino will have 1,400 games and machines and the whole site brings the promise of thousands of new jobs.

Sawyer believes many of those jobs may go to people from her city. Reidsville is just 20 miles from Danville.

"We have a large number of folks who do travel outside of Rockingham County for jobs every day and commute," Sawyer said.

Bobe said the casino will bring a boost to the region.

"We know we will have increased visitation and a regional draw for folks within a four-hour drive to come and visit this facility," Bobe said.