Fire officials said crews worked quickly to knock down the flames enough to make an entry, but added that the victim inside didn't survive. 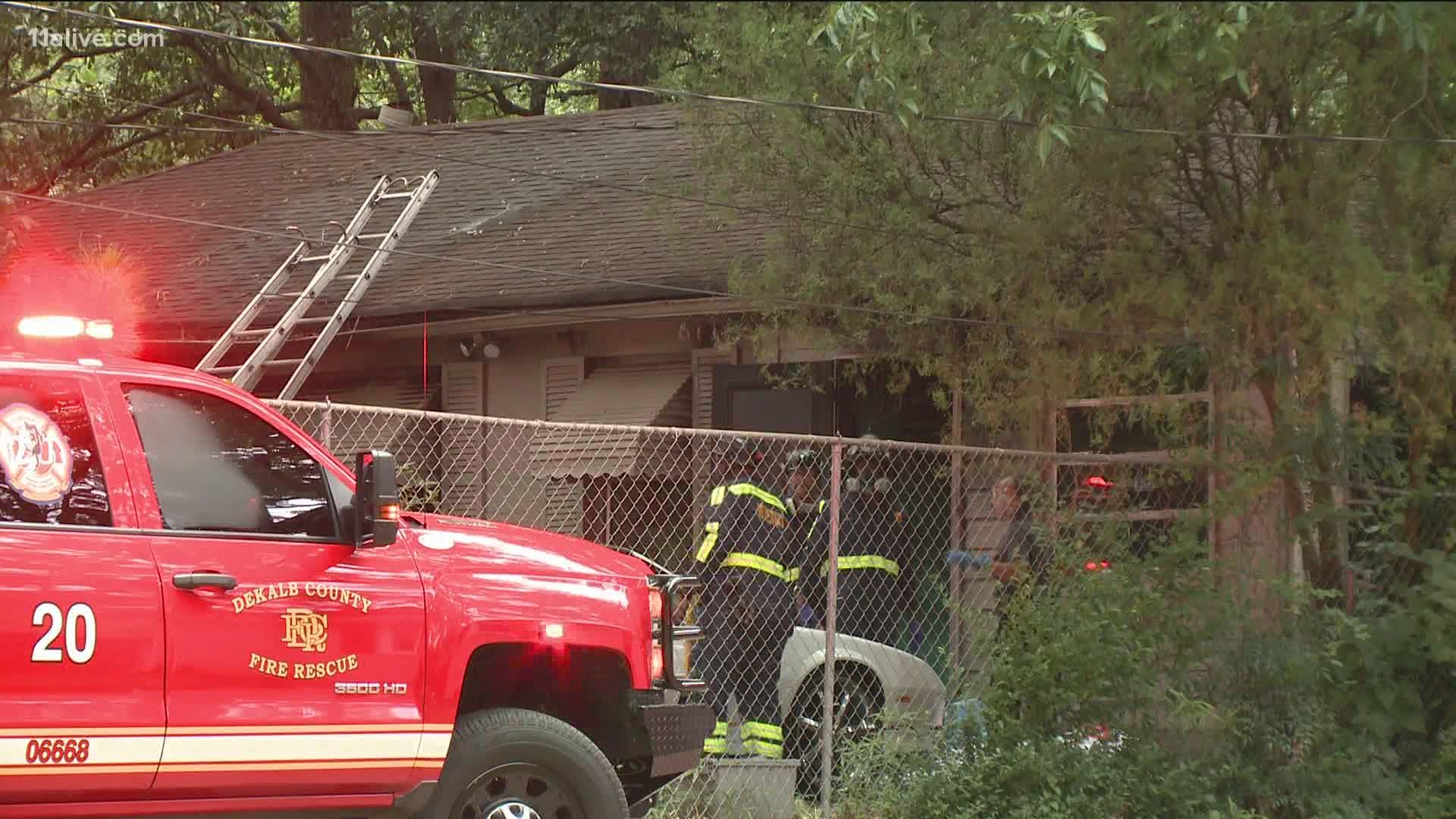 DEKALB COUNTY, Ga. — Fire crews extinguished the flames but were unable to save a resident caught in a Saturday afternoon blaze in DeKalb County.

A spokesperson for DeKalb Fire said that crews responded to a house fire with reports of someone possibly trapped inside just before 5 p.m. on Knoll Drive.

The first arriving firefighters found heavy smoke and flames already coming from the home - particularly at the rear as - as they began work to extinguish them.

"Crews had to quickly darken the flames from the outside of the home before making entry," a statement from the DeKalb Fire department said. "Unfortunately, the elderly male did not survive due to the conditions inside the structure."

One firefighter was also evaluated for heat-related illness, the statement said.

The cause of the fire is still under investigation.