An end in sight for a delayed Greensboro road construction project

After years of construction and some delays, a busy Greensboro intersection will reopen in a couple of months. 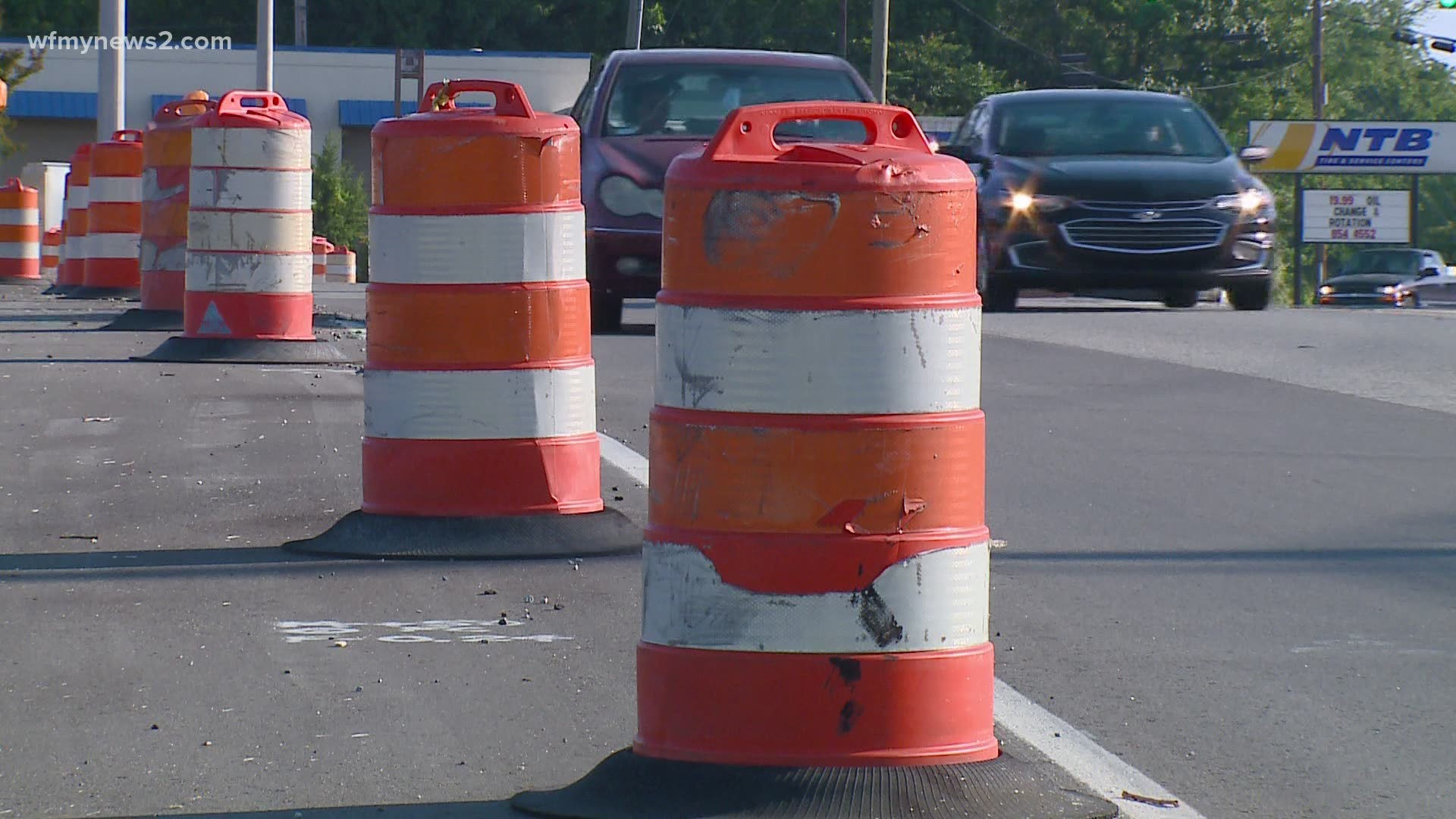 GREENSBORO, N.C. — Drivers who use a busy Greensboro intersection have gotten used to road construction.

The intersection of Market Street, Guilford College Road and College Road has been under construction since 2018 but it's been in the works for much longer.

"The need for improvements in this location were first identified in the late 1990s," according to a statement from Hanna Cockburn, director of Transportation for the City of Greensboro.

"The intersection was identified through a Congestion Management analysis as a ‘hotspot’ in 2017 and more recently appeared as a moderate ‘hot spot’ for crashes in our analysis of the High Injury Network as part of our Vision Zero Action Plan. This project was submitted for consideration and awarded Federal funds by NCDOT in 2013 in the state’s recurring project prioritization process."

The construction contract award was for more than $4 million and was approved in 2017.

A portion of the project has required assistance from Norfolk Southern Railroad.

"The project has encountered a number of construction issues and delays, the railroad being the most recent," Cockburn wrote.

"Coordination with the railroad and NCDOT as problems were identified in the field and resolved also resulted in delays."

In a statement from Norfolk Southern Railroad, a representative wrote NSR is "on track to finish this work by the end of next month. Our work at the crossing is part of a larger project from the City of Greensboro to install a new crossing surface and warning gates. As this project involves the railroad tracks themselves, we are working with the city to complete it. Earlier, there were issues with availability of supplies. That has been resolved and we are working to install the new materials."

COVID-19 has also played a role in the delays, according to Cockburn. "As with many construction projects, one delay creates a cascading effect on the project and its completion. COVID-19 has also impacted the project through supply chain issues for specific materials – like those used for the railroad seal."

"The remaining work requires the railroad work to be complete before proceeding," Cockburn wrote.

When completed, the project will significantly enhance traffic operations, reduce congestion and improve safety for all roadway users, according to Cockburn.

"The purpose of these improvements is to mitigate traffic congestion, improve traffic safety, and improve pedestrian mobility, accessibility, and safety."

According to Cockburn, the project includes traffic operational improvements and adds turn lanes including double left-turn lanes on all approaches. The project also provides sidewalks through the intersection and extends them along each approaching street.

"We are pleased the city undertook this project as it should improve the safety of drivers going through the crossing," according to a statement from Norfolk Southern Railroad. "While the delays have been unfortunate, we appreciate the patience of drivers in the area as we work to get it done.

Once Norfolk Southern completes its portion, the city said it will wrap up paving, striping and finishing touches. A city representative said that process will go quickly.

The entire project should be finished by late Summer.